5 Festive Artworks To Discover This Christmas

From Brueghel’s famous skaters to the new darling of the artworld Alfons Walde – there are plenty of snowy scenes to seek out in London’s galleries and beyond.

1. Pieter Brueghel the Elder, Winter landscape with a bird trap, 1565 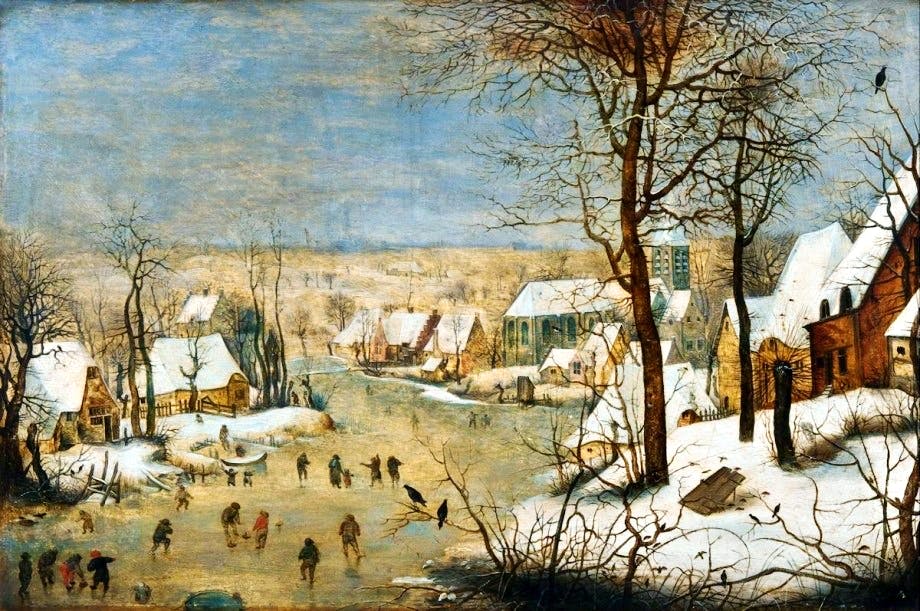 This serene Old Master painting of skaters on a frozen river is just one of many different versions painted by Brueghel. Don’t let its picture-postcard familiarity stop you from taking a closer look: Brueghel has laced rich symbolism into each detail. The frozen river with the ice skaters symbolises danger and the birds in a trap represent temptation and the devil. Traditionally birds throughout art history have symbolised the divine spirit descending to earth and the soul ascending to heaven.

Where can you see it? Royal Museums of Fine Arts, Belgium 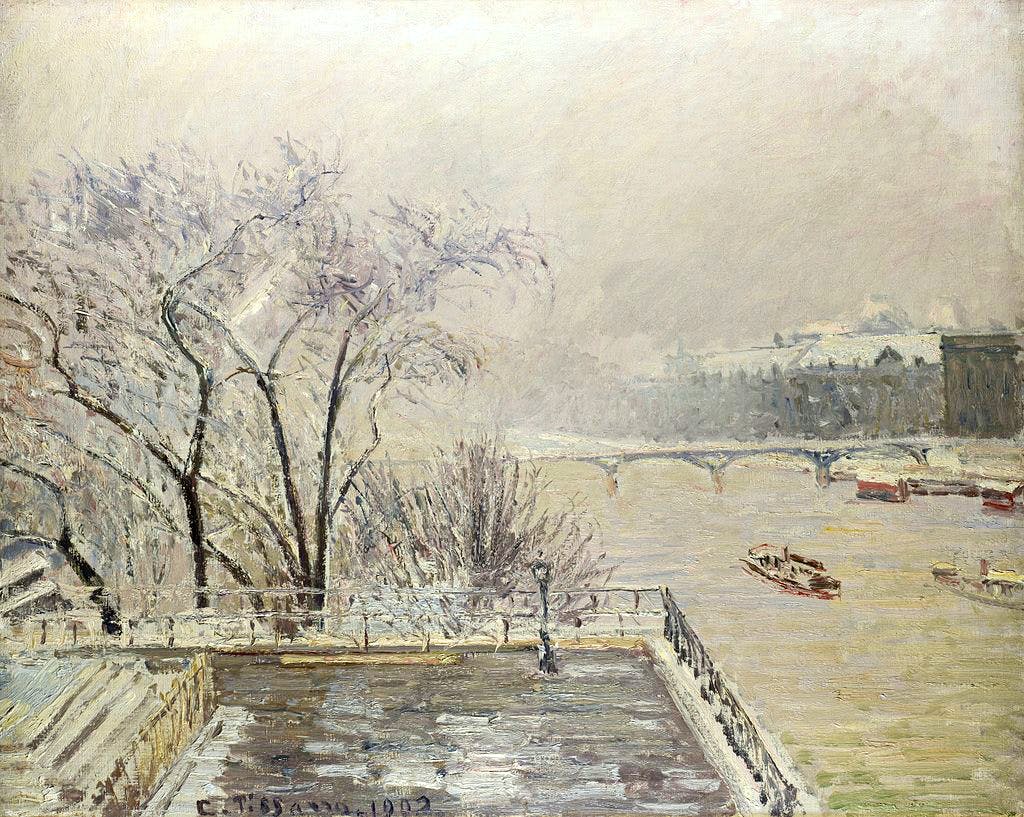 Fancy a frosty winter stroll through Paris? This painting is less obviously impressionist than other famous paintings that fall into this movement. But two impressionist trade marks are still there: the main subject has been positioned slightly off-centre and all large, distracting elements are left out of the painting.

The view is from the artist’s apartment at the time and it is one of several paintings Pissarro undertook of the same scene – each painted during a different season. Pissarro has included the flat platform, railings and steps of the balcony which dominate the foreground. This large plane gives us a sense of elevation above the water as our eye is guided expertly down the river and into the folds of fog in the background.

Where can you see it? The National Gallery, London. 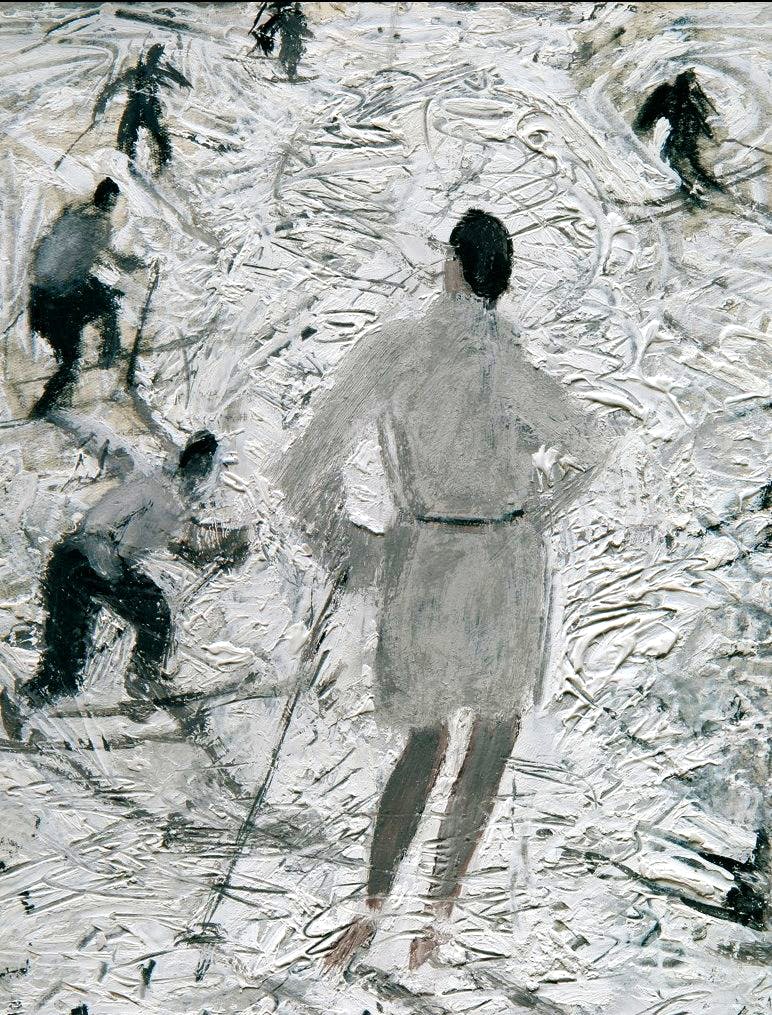 This painting is as fresh and lively as a contemporary artwork yet it was painted just under 100 years ago. Walde, an Austrian artist, painted a series of winter ski sport paintings. His approach to painting snow is fresh and energetic which contrasts nicely with the frosty stillness of Pisarro’s painting above. Walde moved in an artistic circle that included the likes of Egon Schiele and Gustav Klimt. The painting is part of a private collection but Walde is a name to watch: just a few years ago you could pick up his pieces for a few hundred pounds and now they fetch over six figure sums at auction. 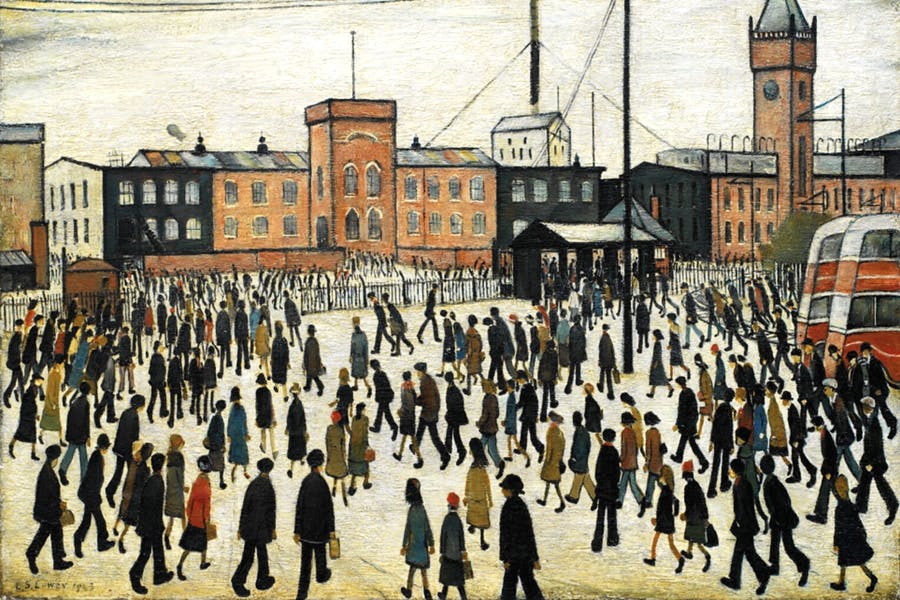 Nearly all of Lowry’s works depict snow. But it is not the snow itself he is interested in but its ability to simplify and brighten the objects placed on top of it, creating a naive style that is instantly recognisable. Industrial towns, especially Manchester, and crowds of people are ongoing motifs in his paintings.

Where can I see Lowry’s work? Tate Britain, London (although not currently on display but you should be able to view by appointment) 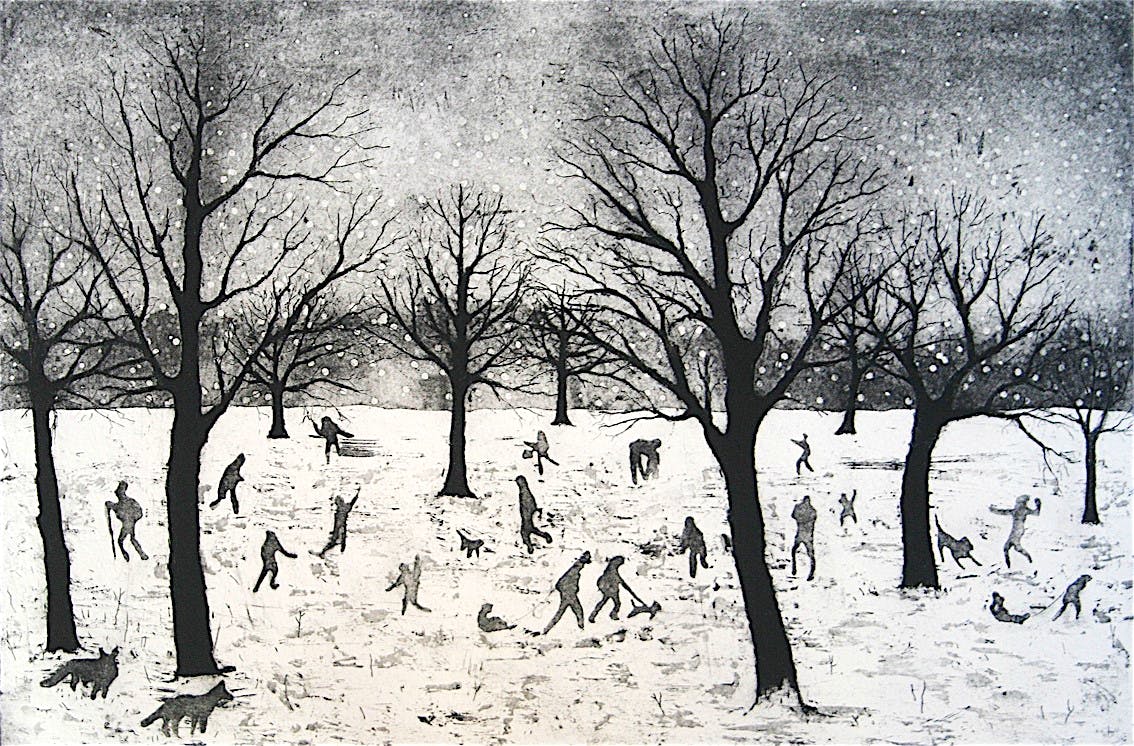 And, finally, a contemporary painting affordable enough to take home. The work takes its starting point from Dylan Thomas’s prose work ‘A Child’s Christmas in Wales’. The artist Tim Southall is heavily influenced by Brueghel. But, whilst owning a Brueghel is only ever likely to be a pipe dream for most of us gallery-goers, this piece could be hanging on your wall in time for Christmas. It is priced at £185.

Where can I see it ? Wychwood Art Gallery, online and in Deddington, Oxfordshire.

Paintings 1,2 and 4 can be found in the public domain on Wiki commons

Please join us at the Affordable Art Fair in Bristol from 9-11th September 2016. We will be showing :- Jeremy Houghton,... read more 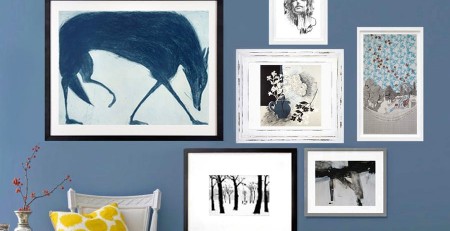 How To Choose A Piece Of Art For Your Home

It is sometimes difficult to know where to start when choosing a work of art for your home but... read more 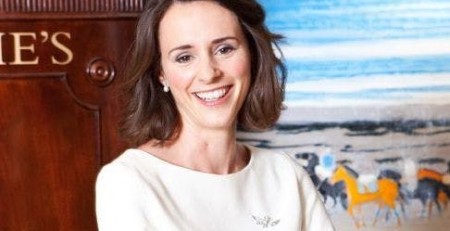 Deborah Allan, 34, is head of the Impressionist and modern art department at Christie’s South Kensington. She lives in... read more

Your name and age: Deborah Allan / 38 Tell us about your family: My husband and I have two children... read more 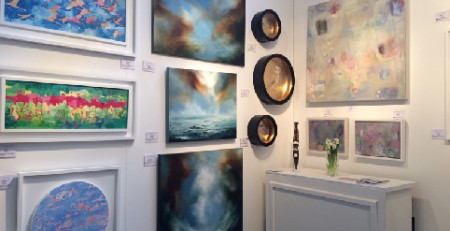 Affordable art is a phrase that has a different meaning depending on whether you are in the art industry or... read more