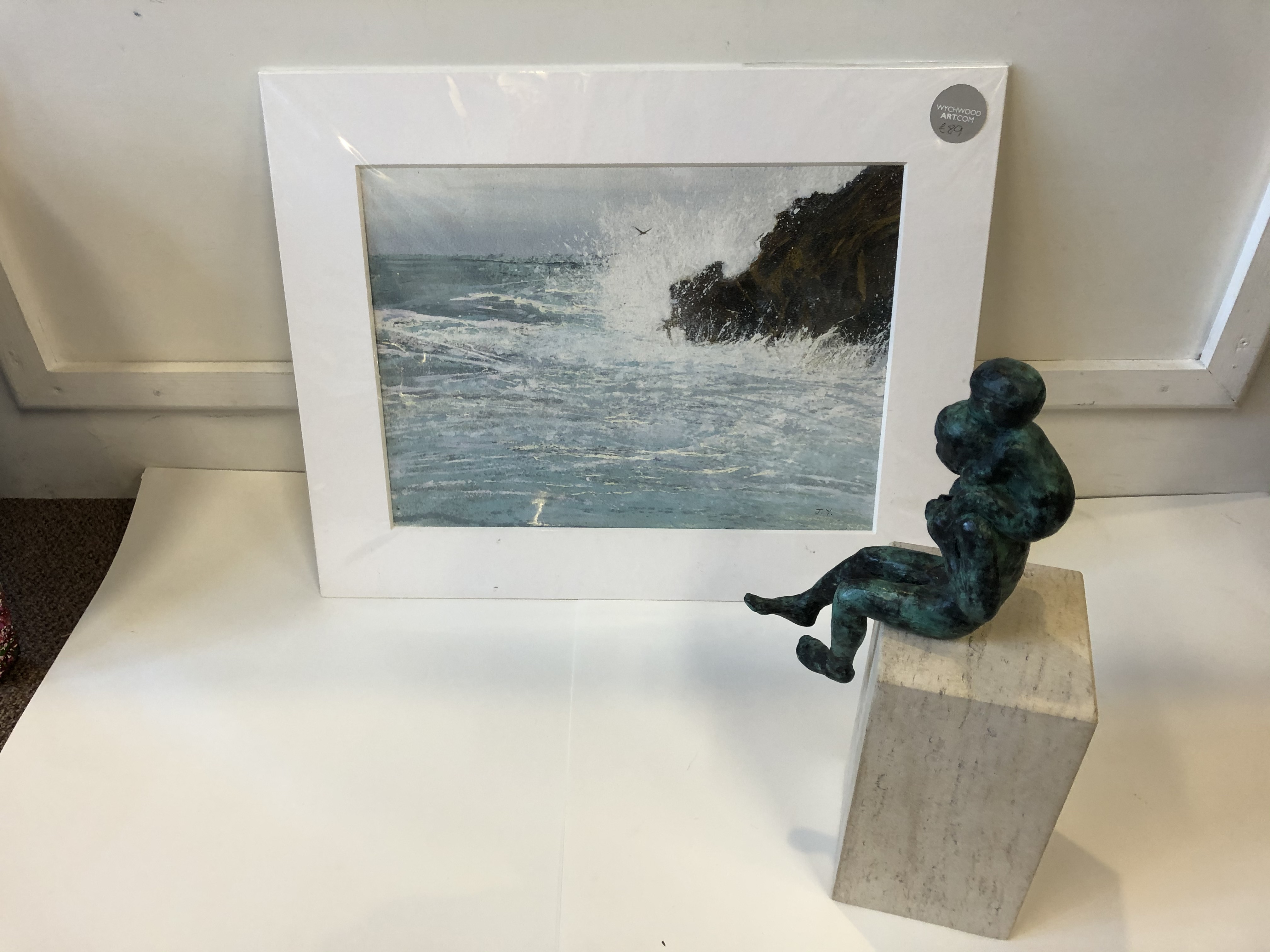 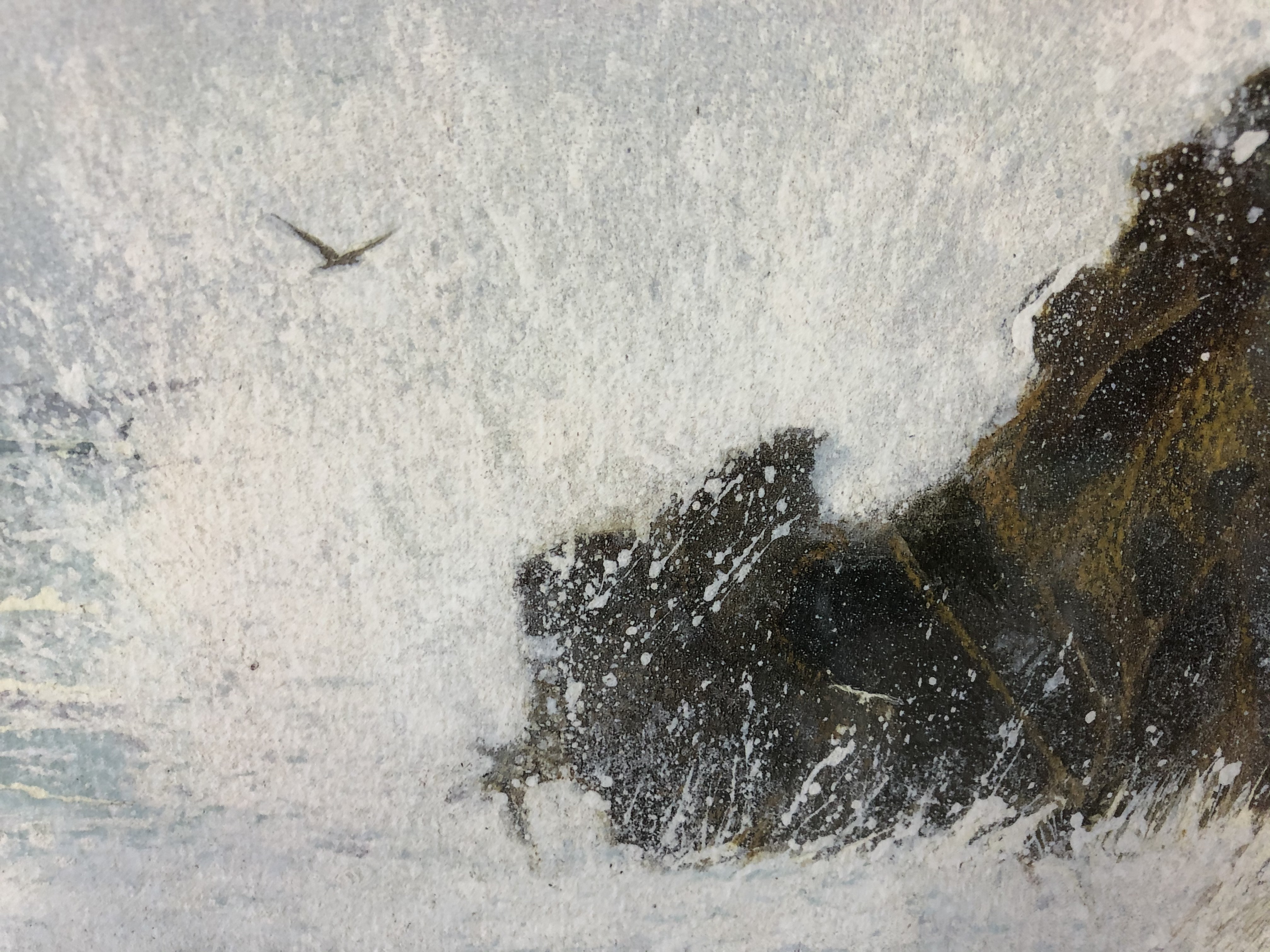 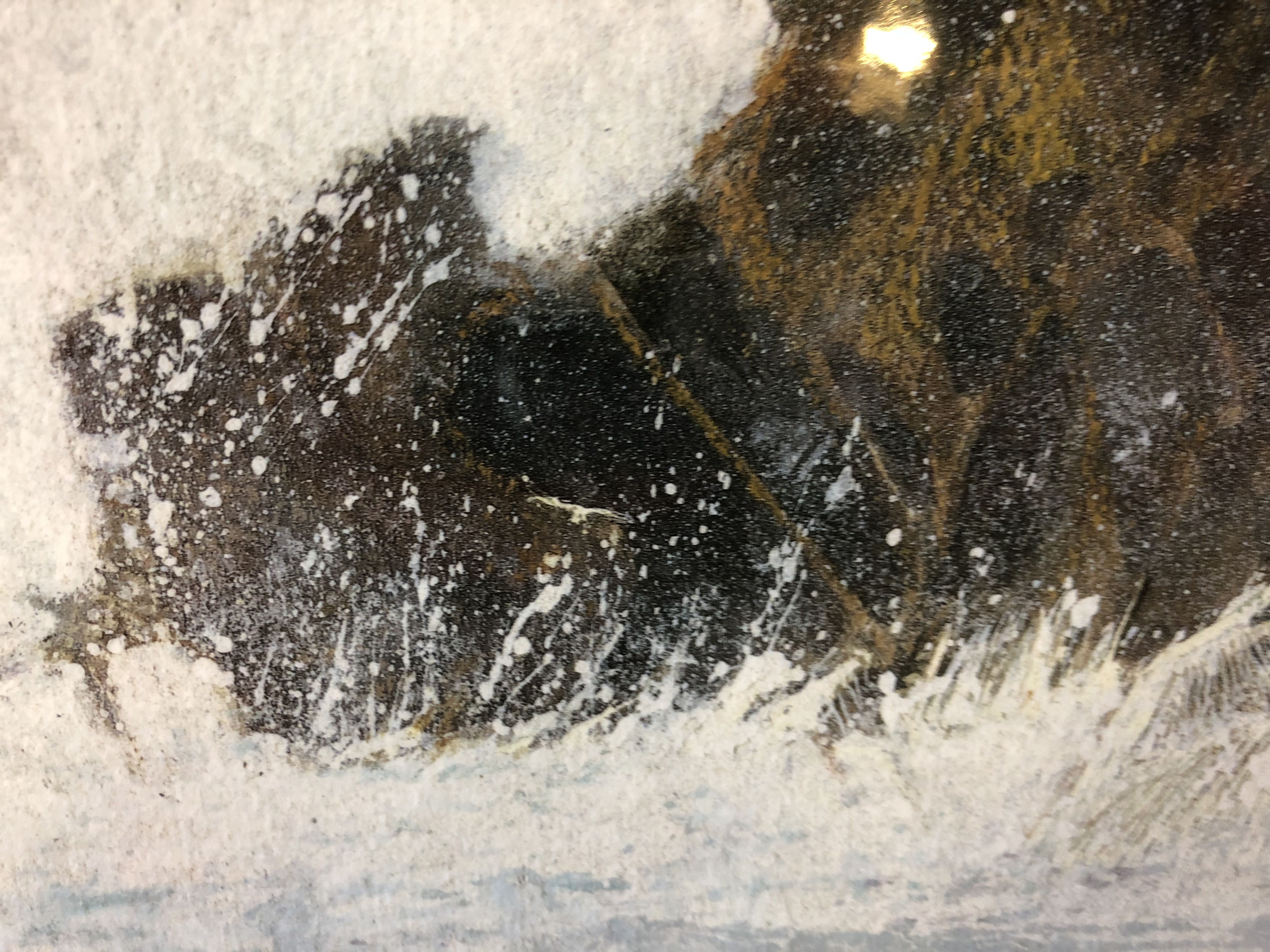 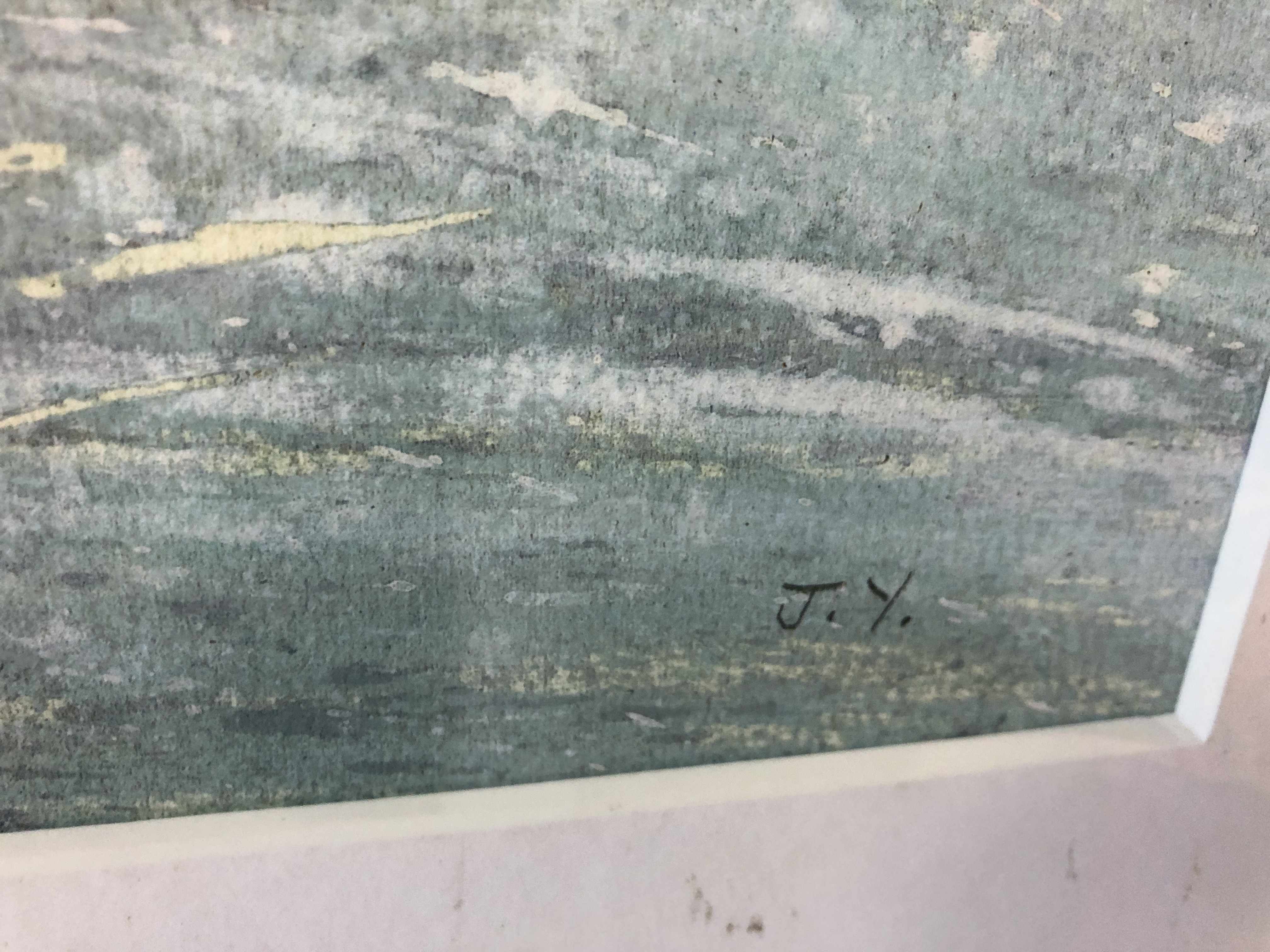 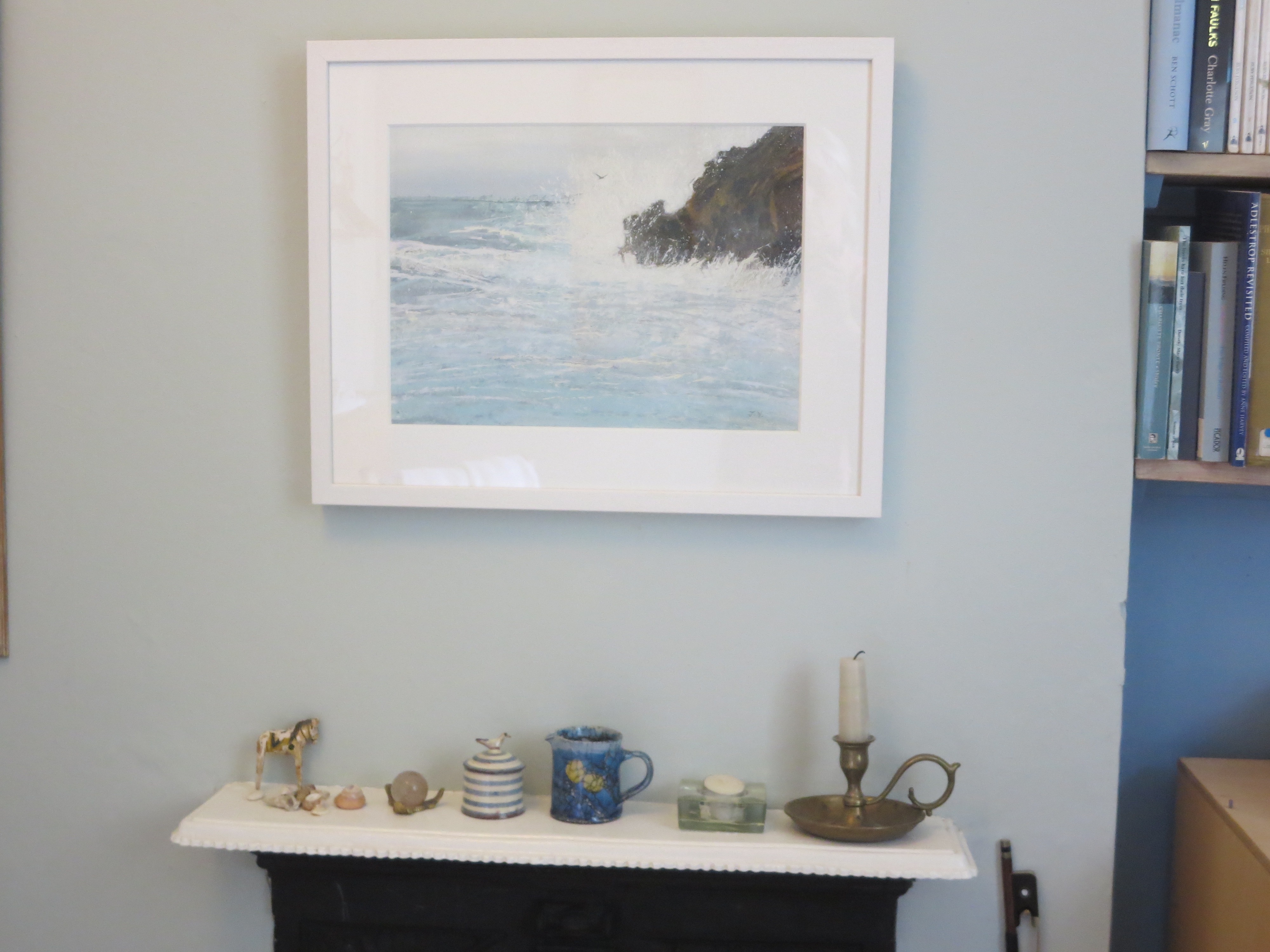 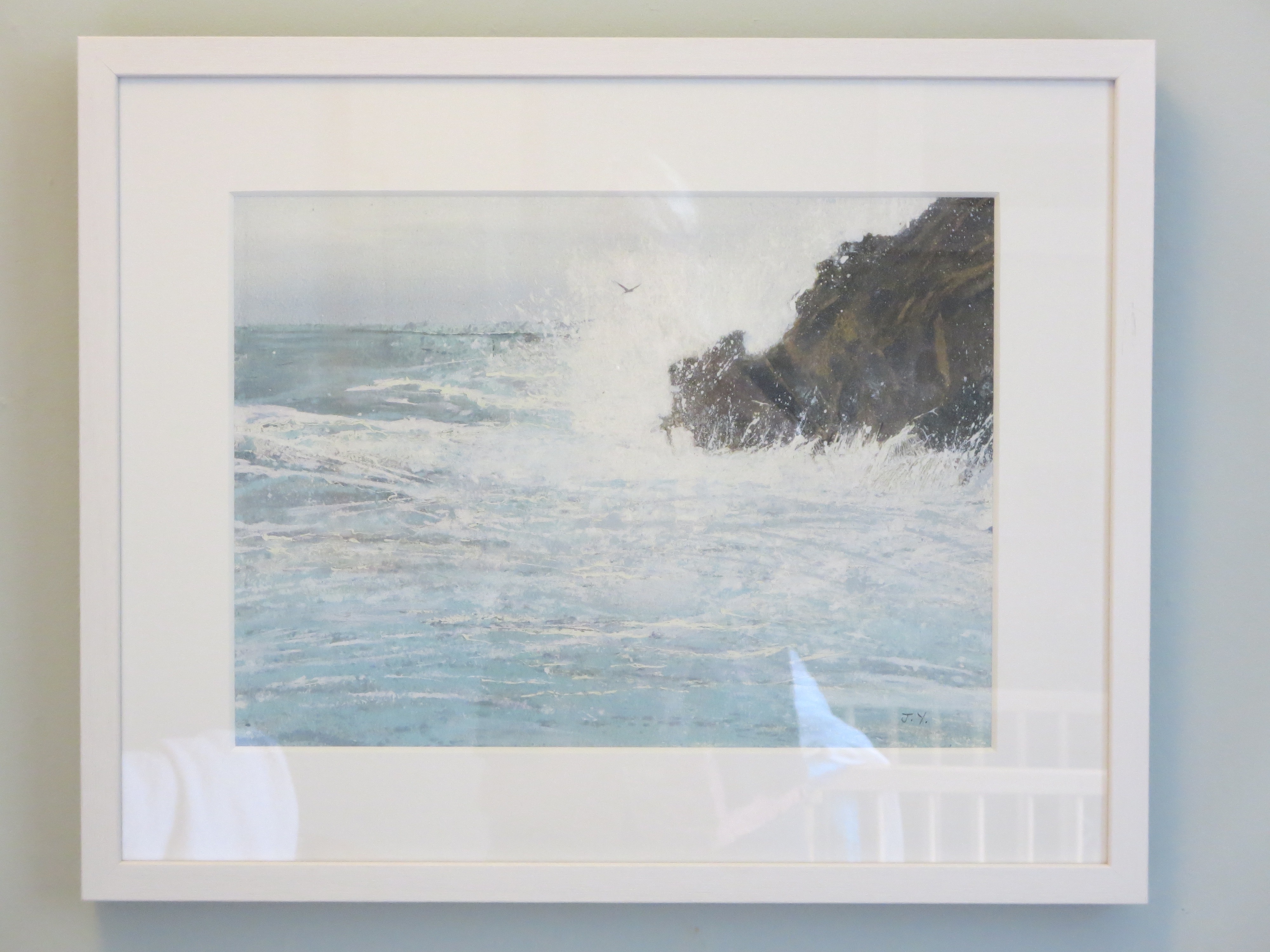 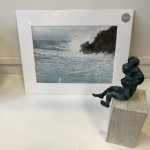 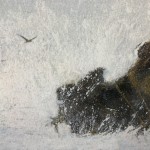 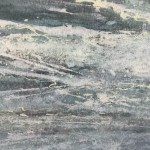 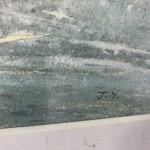 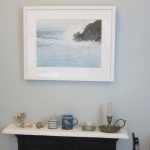 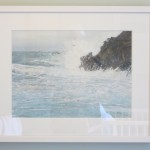 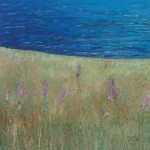 This artwork is sold unframed

Friends and family live in Cornwall so I’ve visited regularly over the years. I painted this after a particularly invigorating walk down past the house in Prussia Cove where ‘Ladies in Lavender’ was filmed. The edge between land and sea has become a theme in my work.