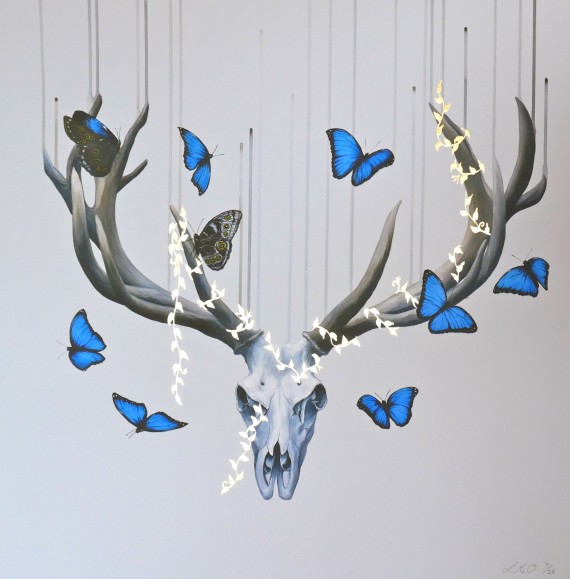 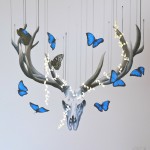 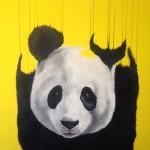 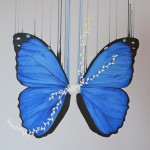 ‘Born To Die’ realms around the cycles of life and death with the butterfly which has been traditionally use as a symbol of the soul an echoes that in some sense of life goes on even after the death of something in nature. The gold vines represent nature trying to ‘cling’ onto what essentially belongs to it and transform it into something else. The work of Louise McNaught draws its inspiration form the natural world: raising the status of animals and creatures to the majestic and sublime. ‘Born to Die’ is signed and numbered by the artist.