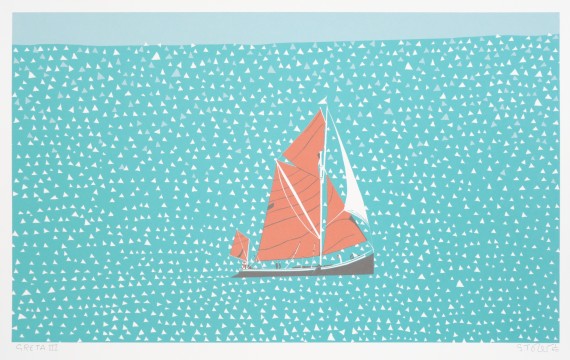 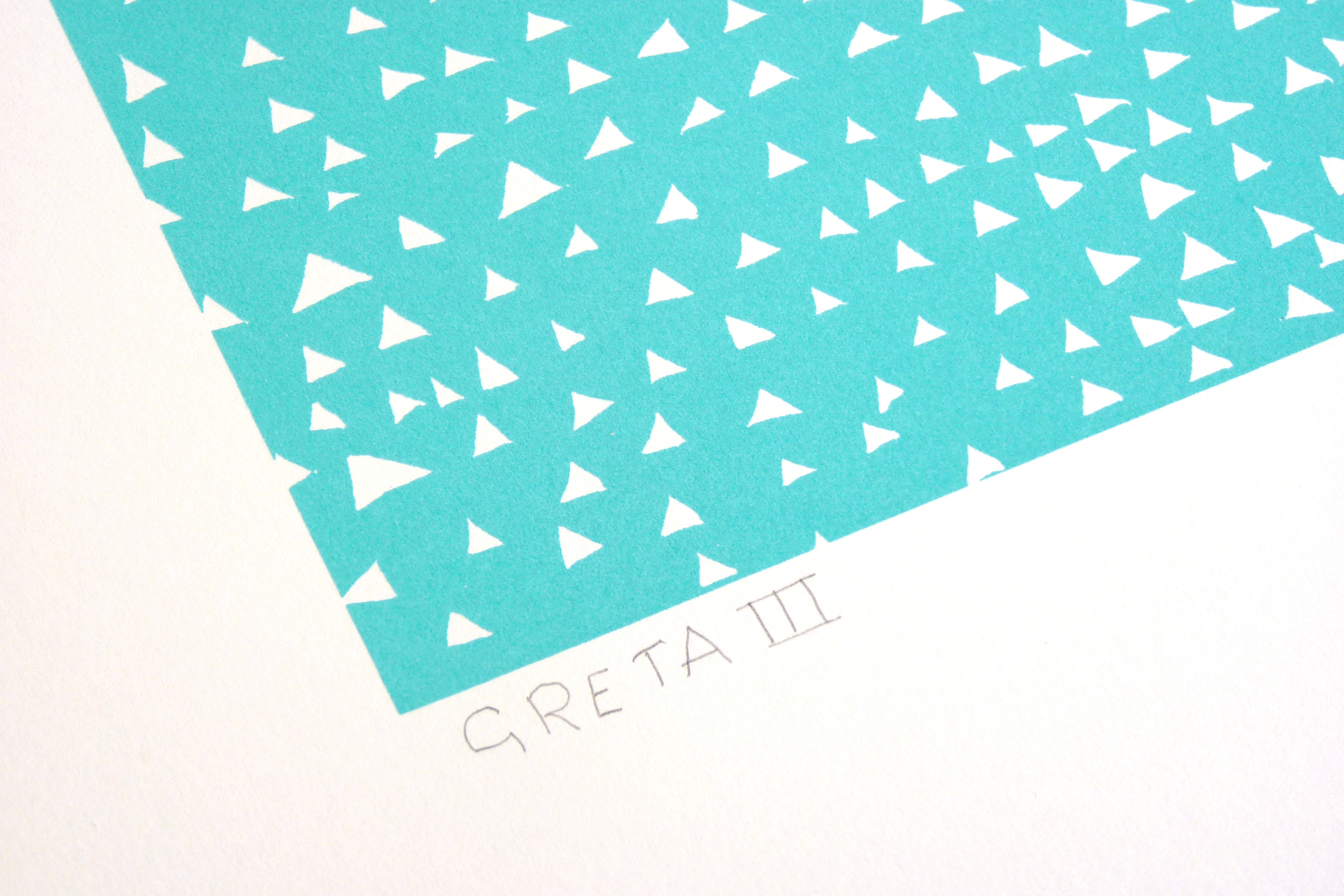 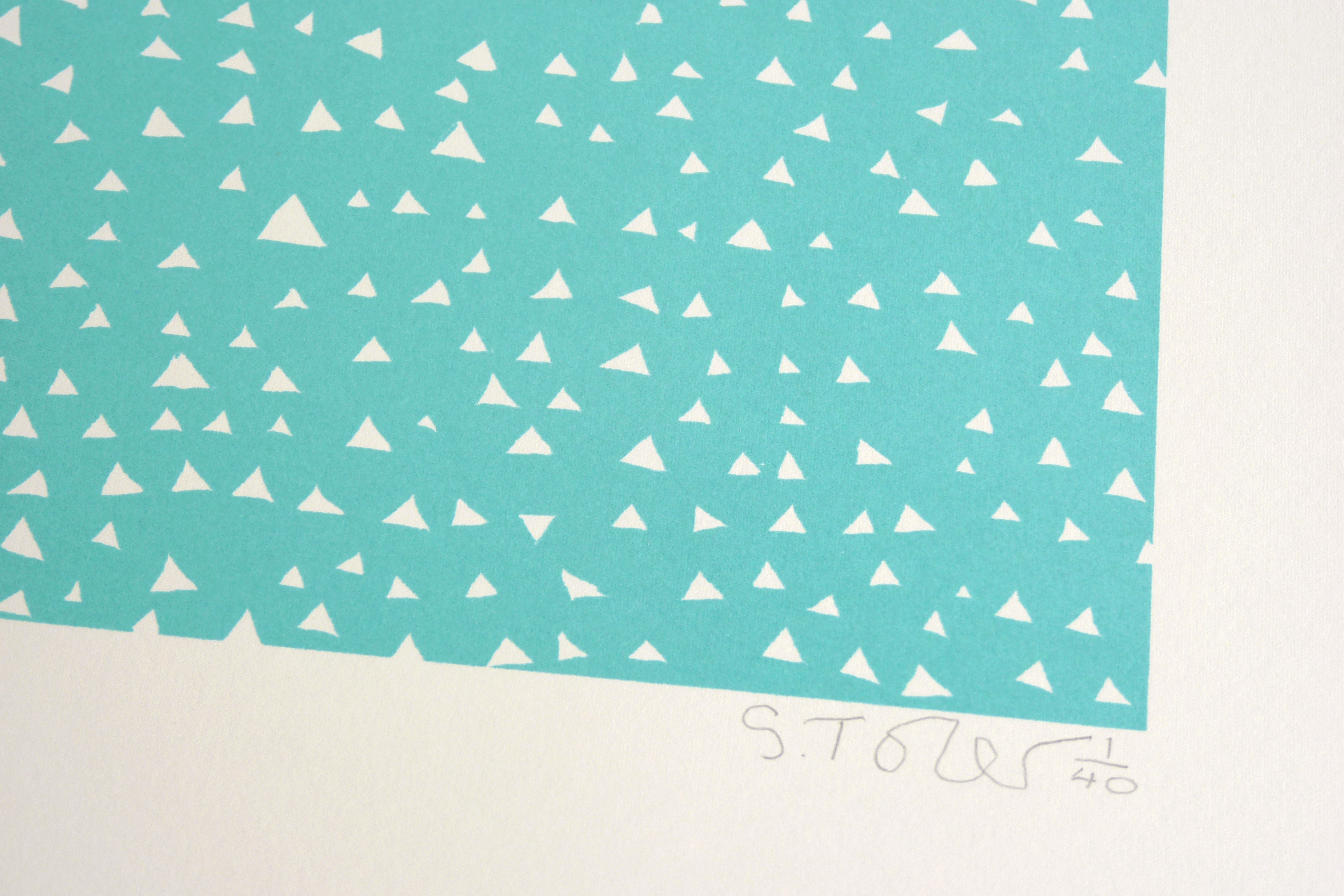 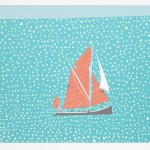 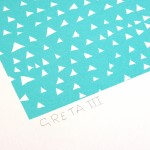 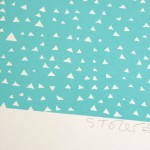 The Thames Sailing Barge ‘Greta’ by Simon Tozer. This seascape aims to capture the glittering quality of the sea in sunlight, using simple forms.