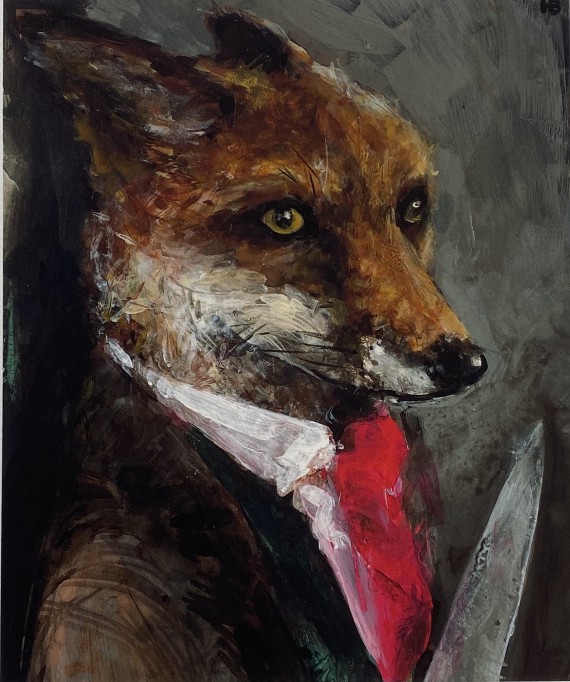 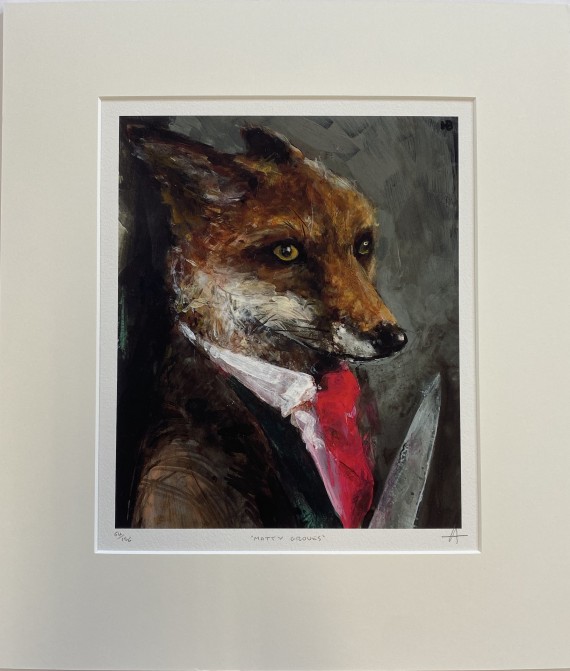 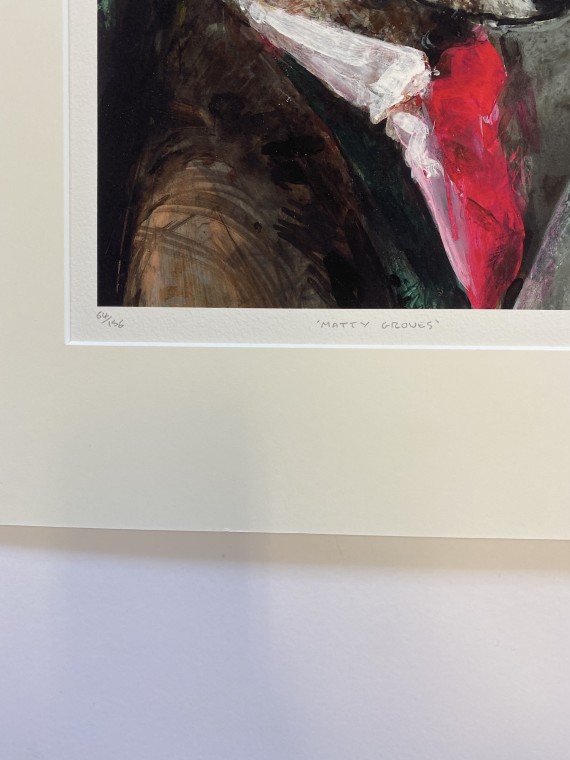 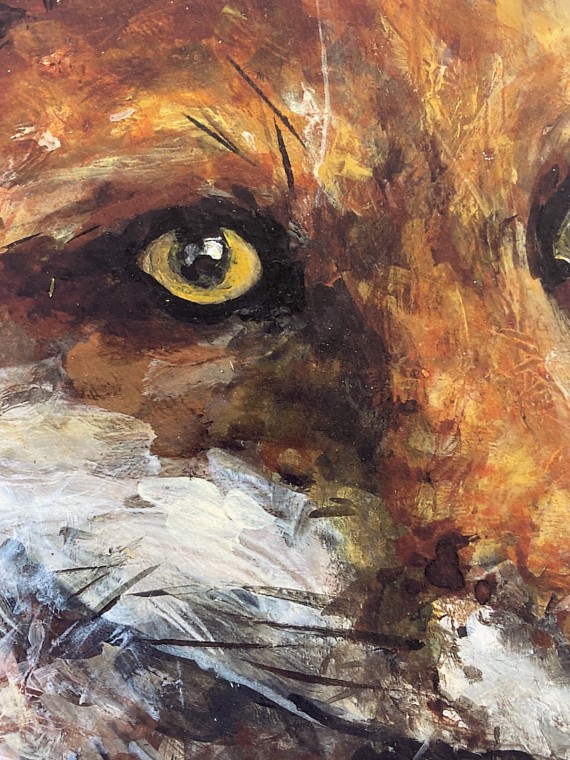 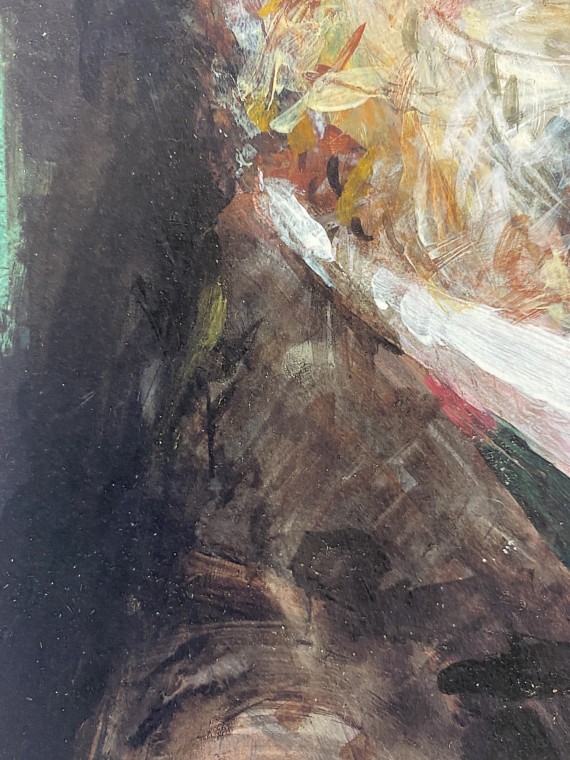 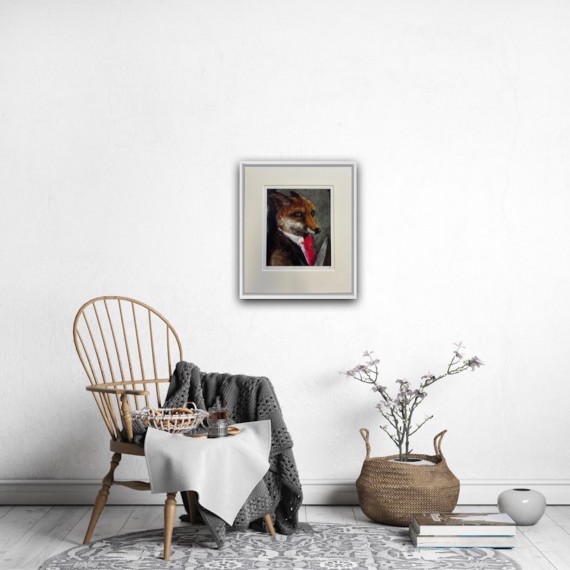 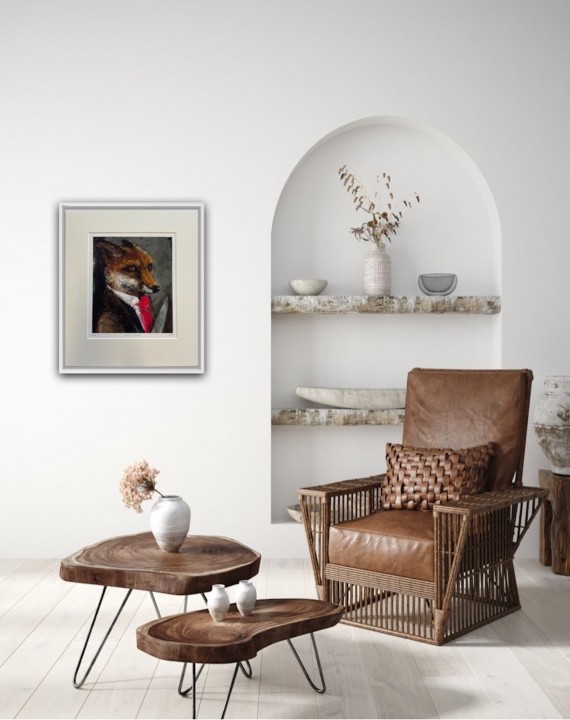 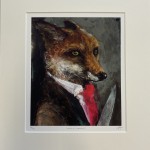 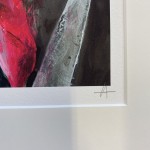 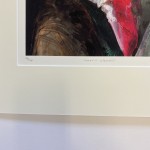 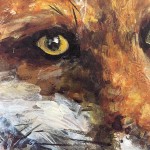 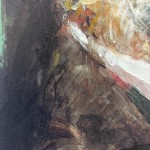 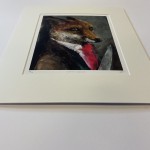 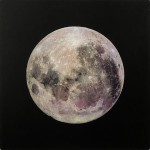 Matty Groves by Harry Bunce is a limited edition print. This print features a fox dressed in a suit and shirt with a bright pink tie, he is holding a knife and is looking off into the distance.
Harry Bunce was born and raised in a small Hampshire village, his family were builders. Following a short and volatile spell at art school he moved west to the city of Bristol. Working in the fashion industry by day he continued to draw and paint by night. Over the years Harry’s work slowly began inhabiting metropolitan walls, galleries and homes. A chance collaboration with screen printing gurus, Screen One, who also worked with Banksy and Nick Walker, introduced a more graphic element to his style, sharpening it’s unique, slightly unnerving edge. His work can possibly best be described as ‘Folk Art’ but defies easy categorisation. He often raises environmental concerns and is a fierce defender of the countryside. Cute? Maybe, but seldom completely cuddly. Bunce now lives in rural Somerset, his work is shown throughout Britain and recently made its debut in New York.