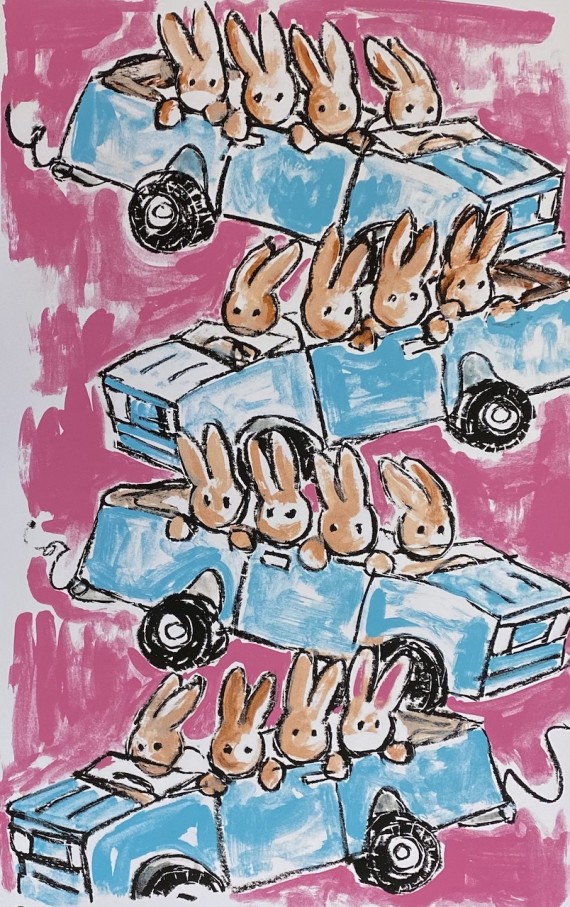 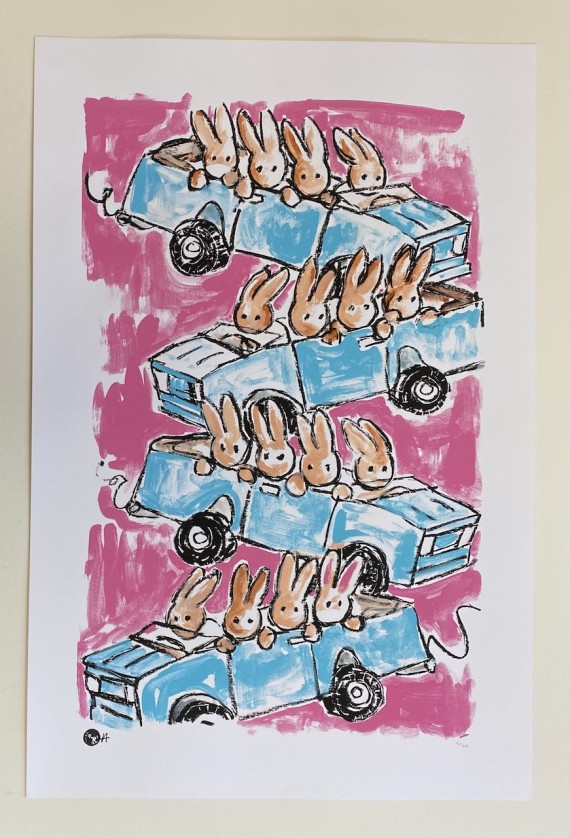 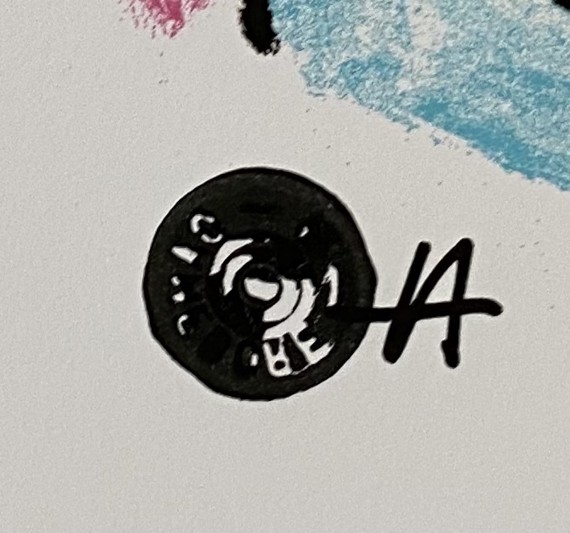 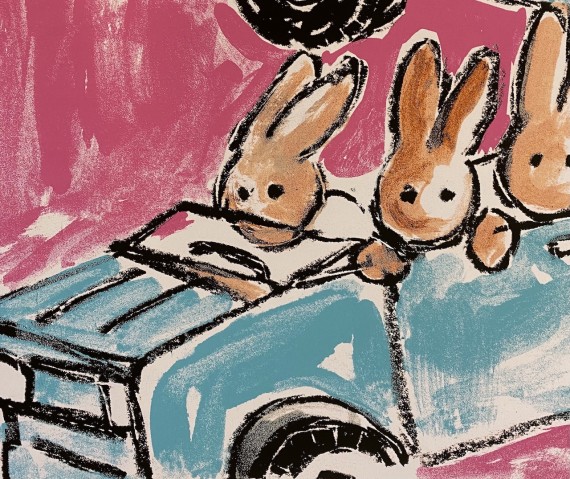 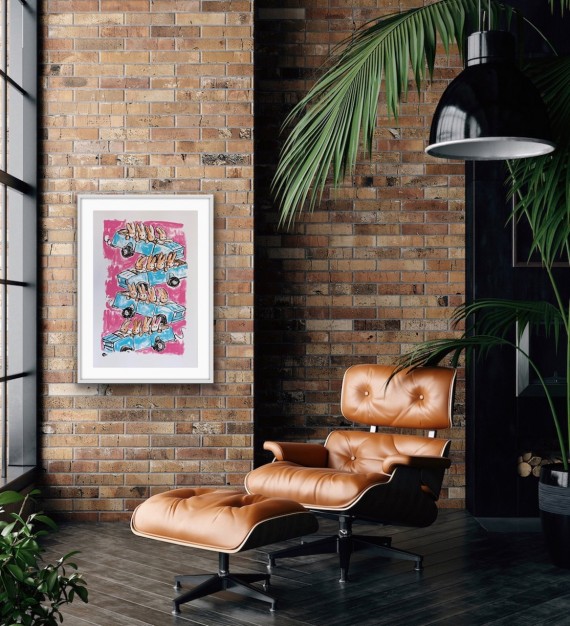 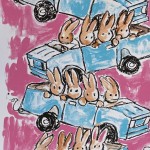 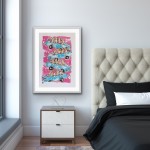 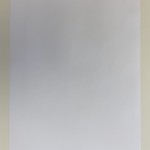 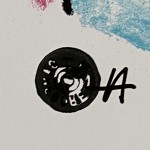 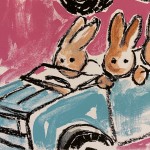 The New Normal By Harry Bunce 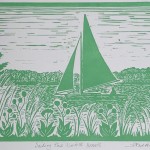 "On the Road Again, Road to Nowhere" is a limited edition print by Harry Bunce. This fun large print depicts groups of rabbits driving in open top cars. The blue of the cars and bright pink background compliment each other and give this work a fun a playful feel. Please note that the complete size of unframed work is the sheet size of the paper.