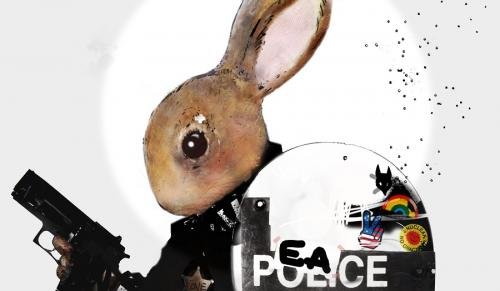 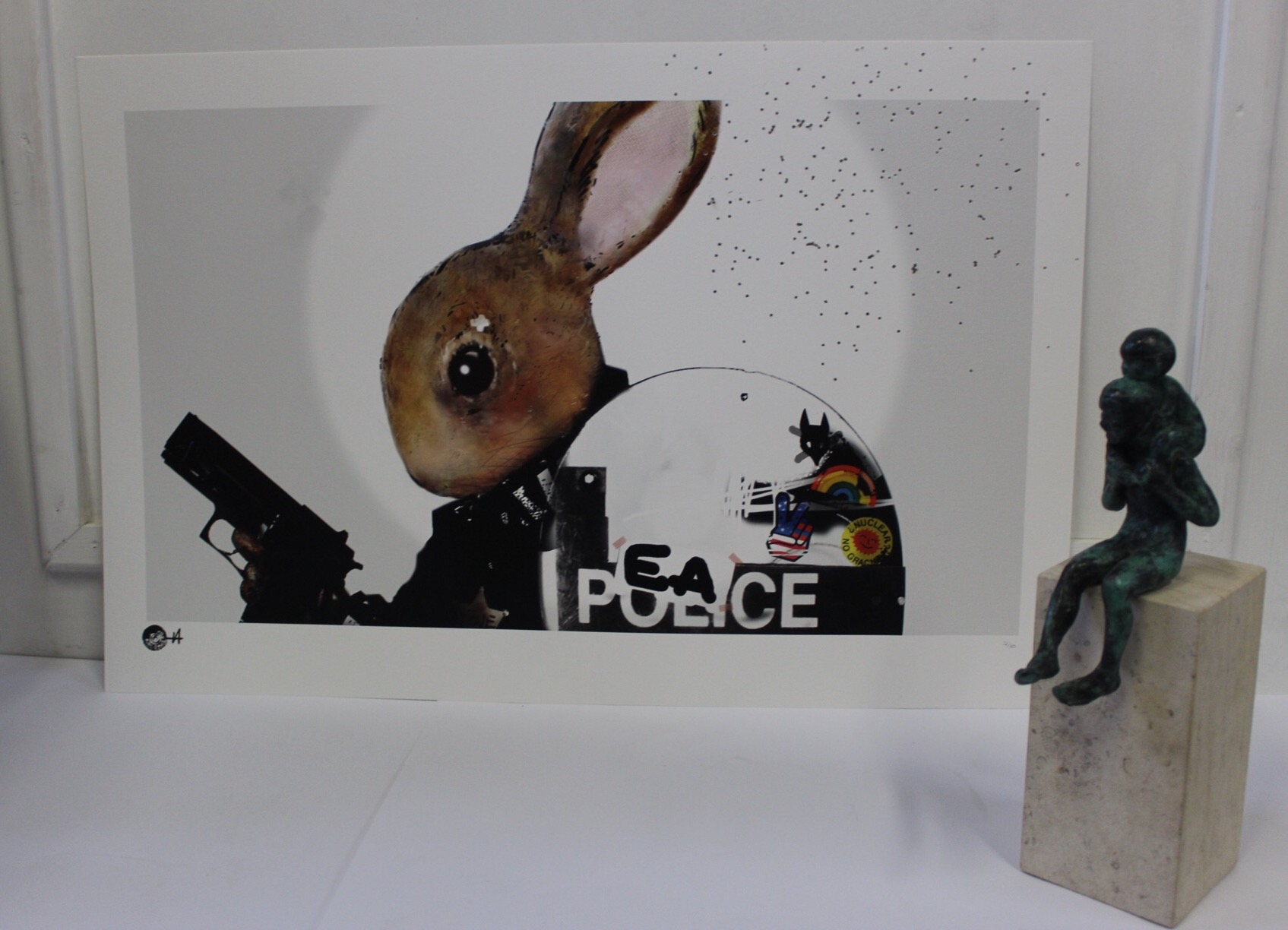 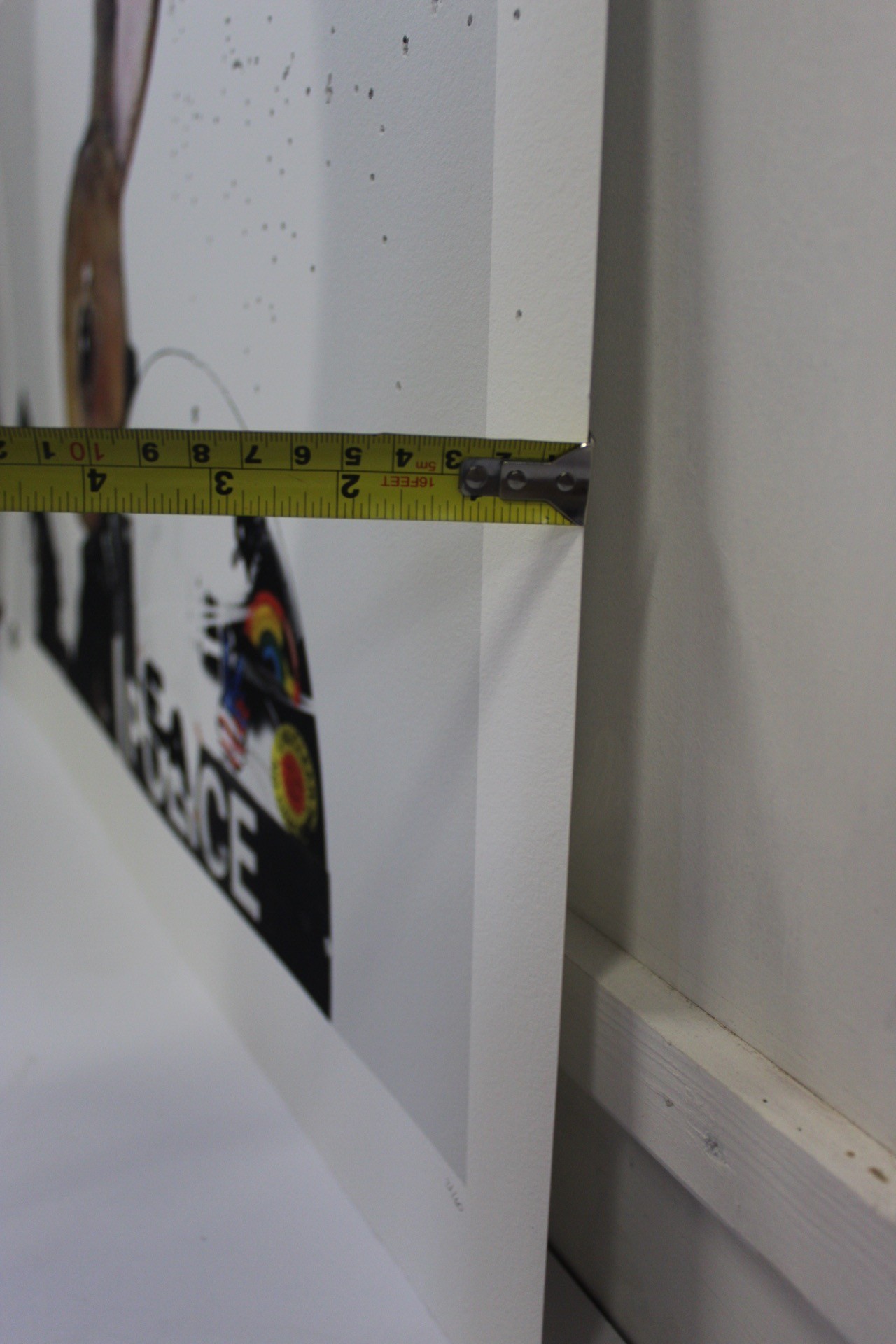 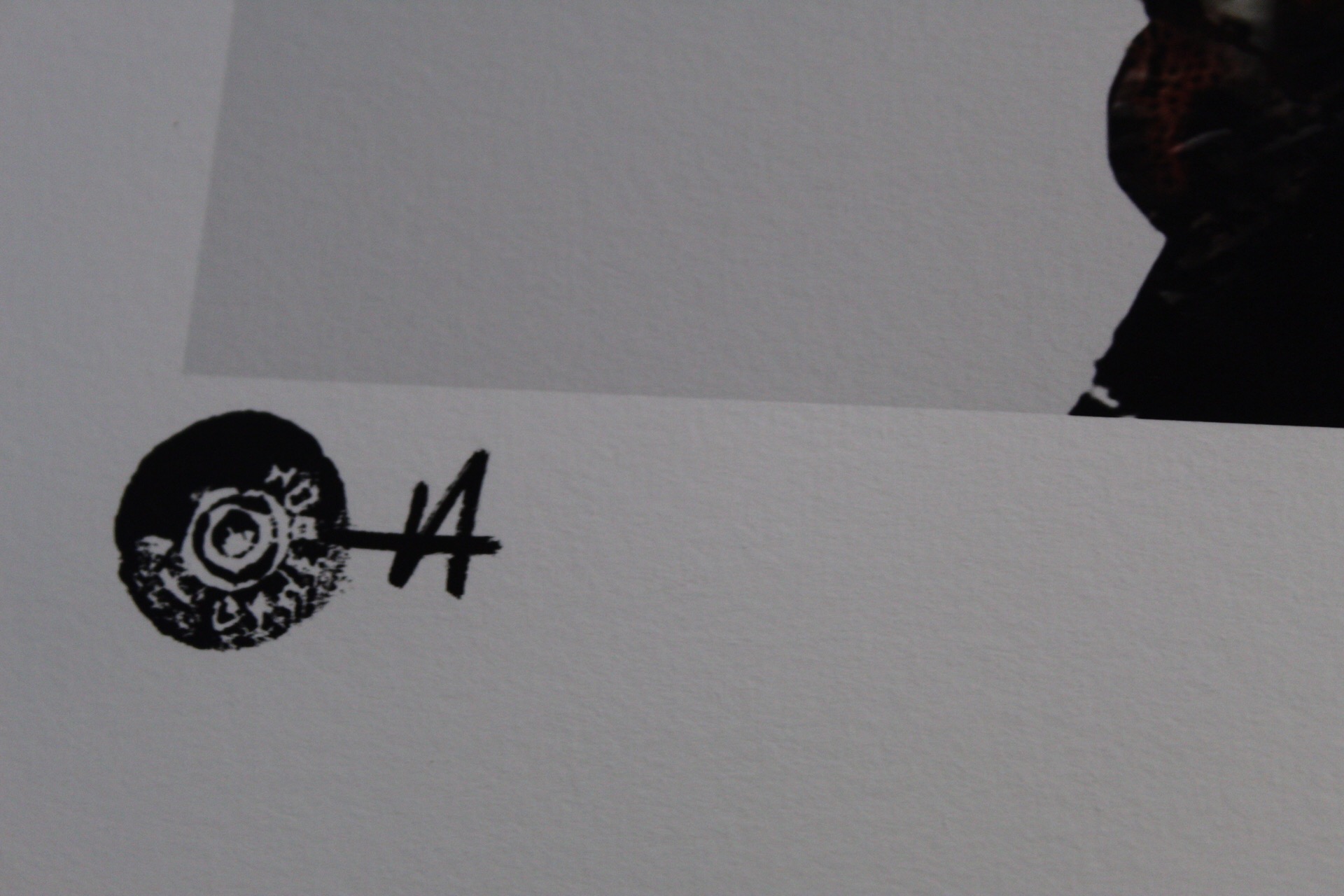 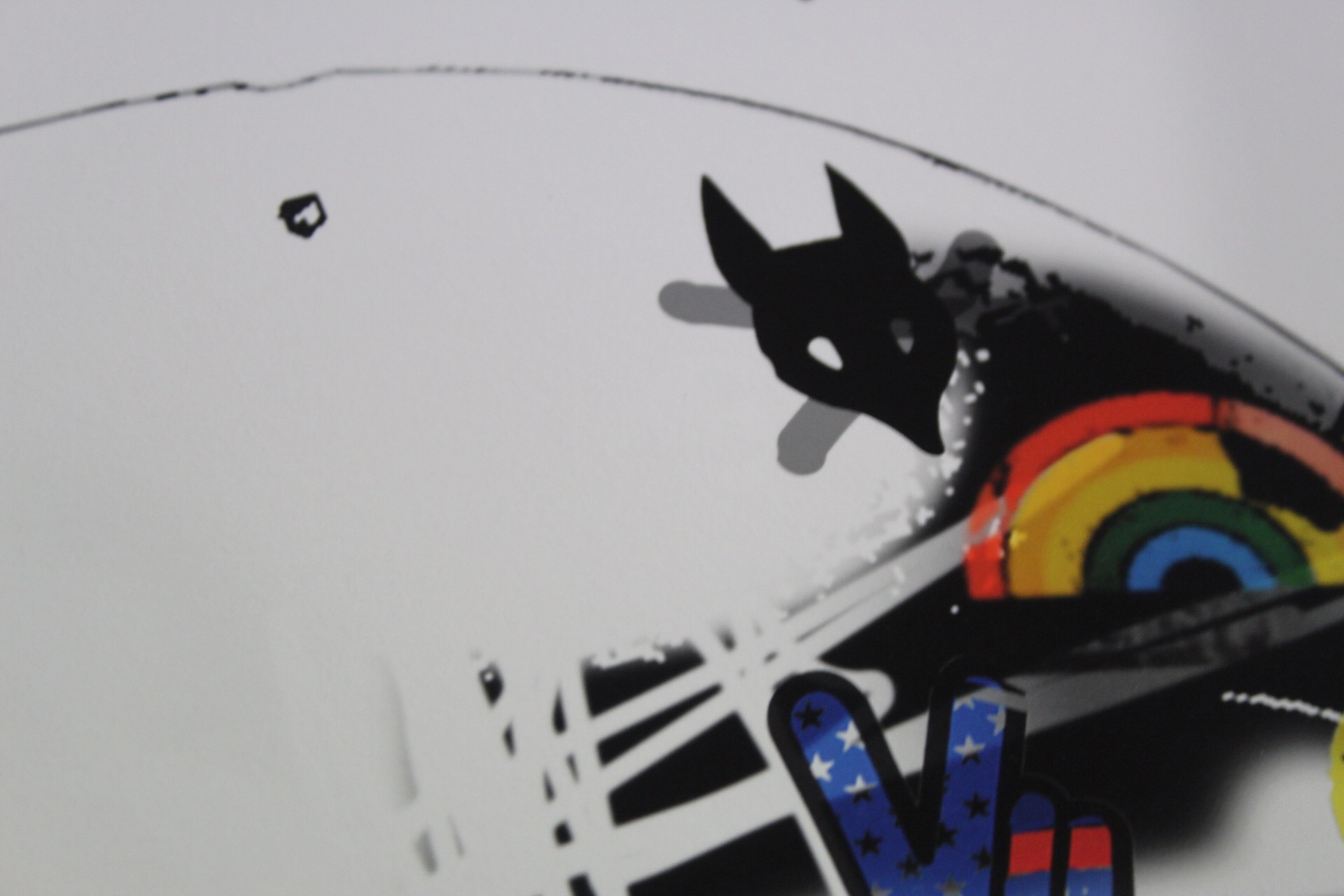 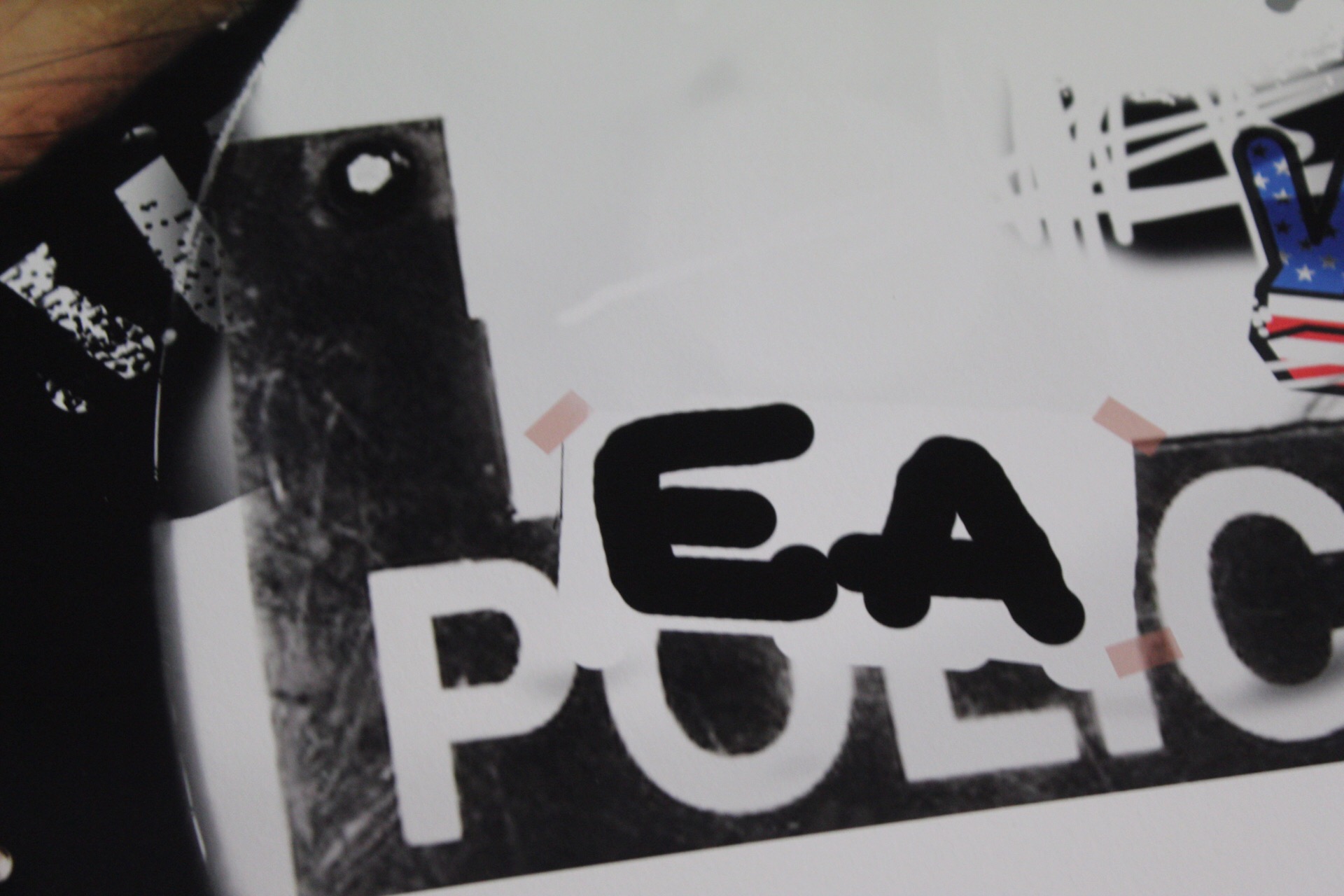 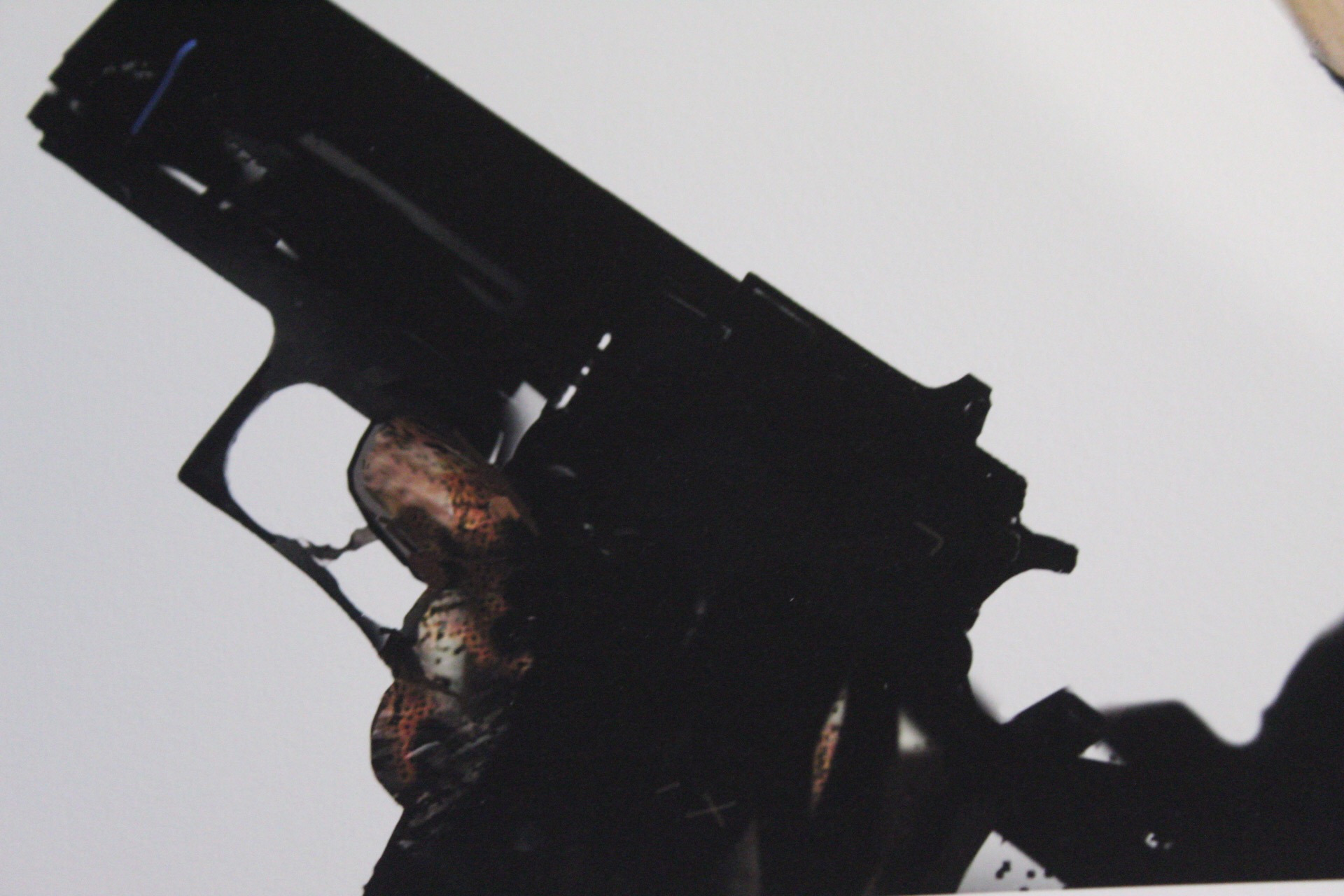 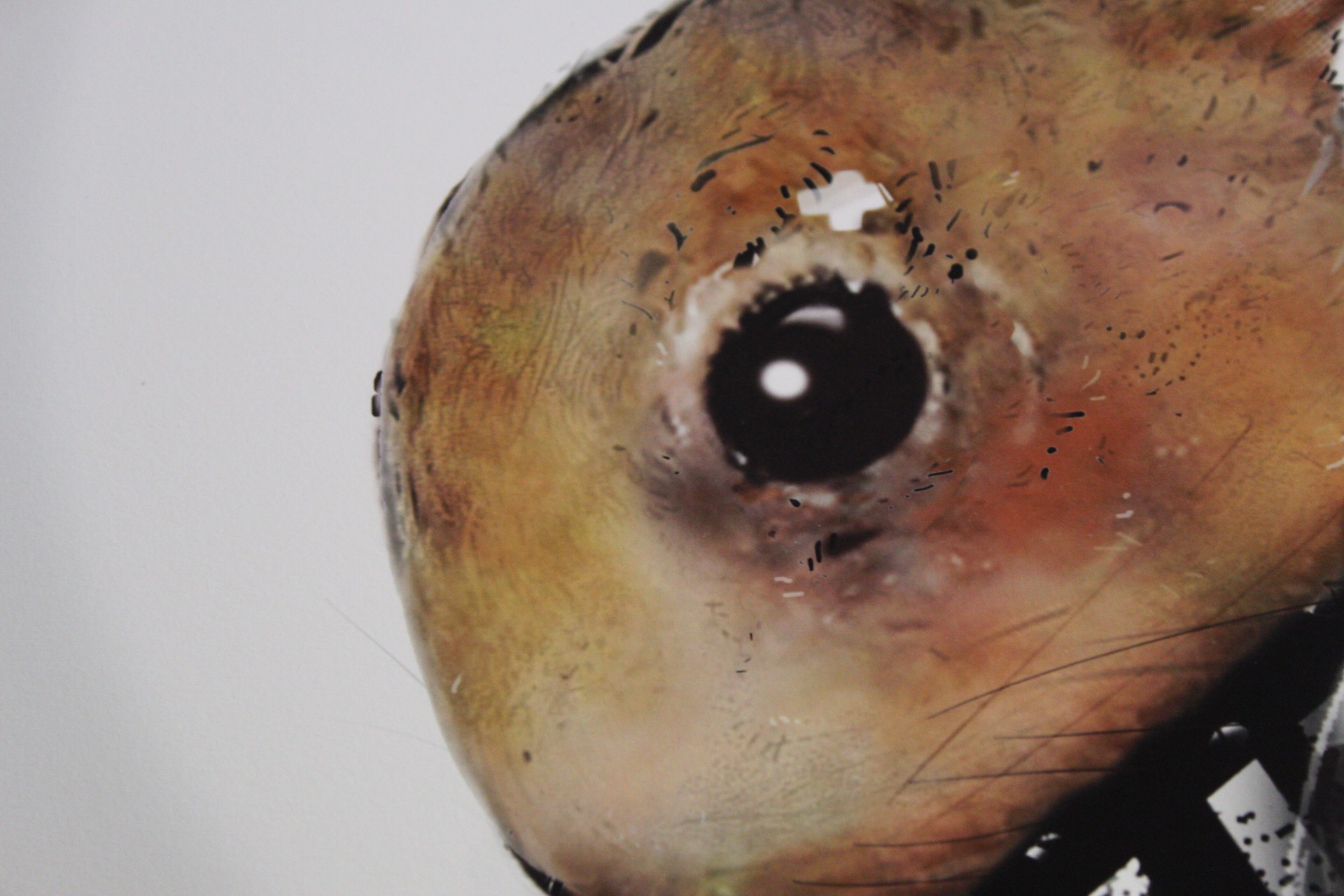 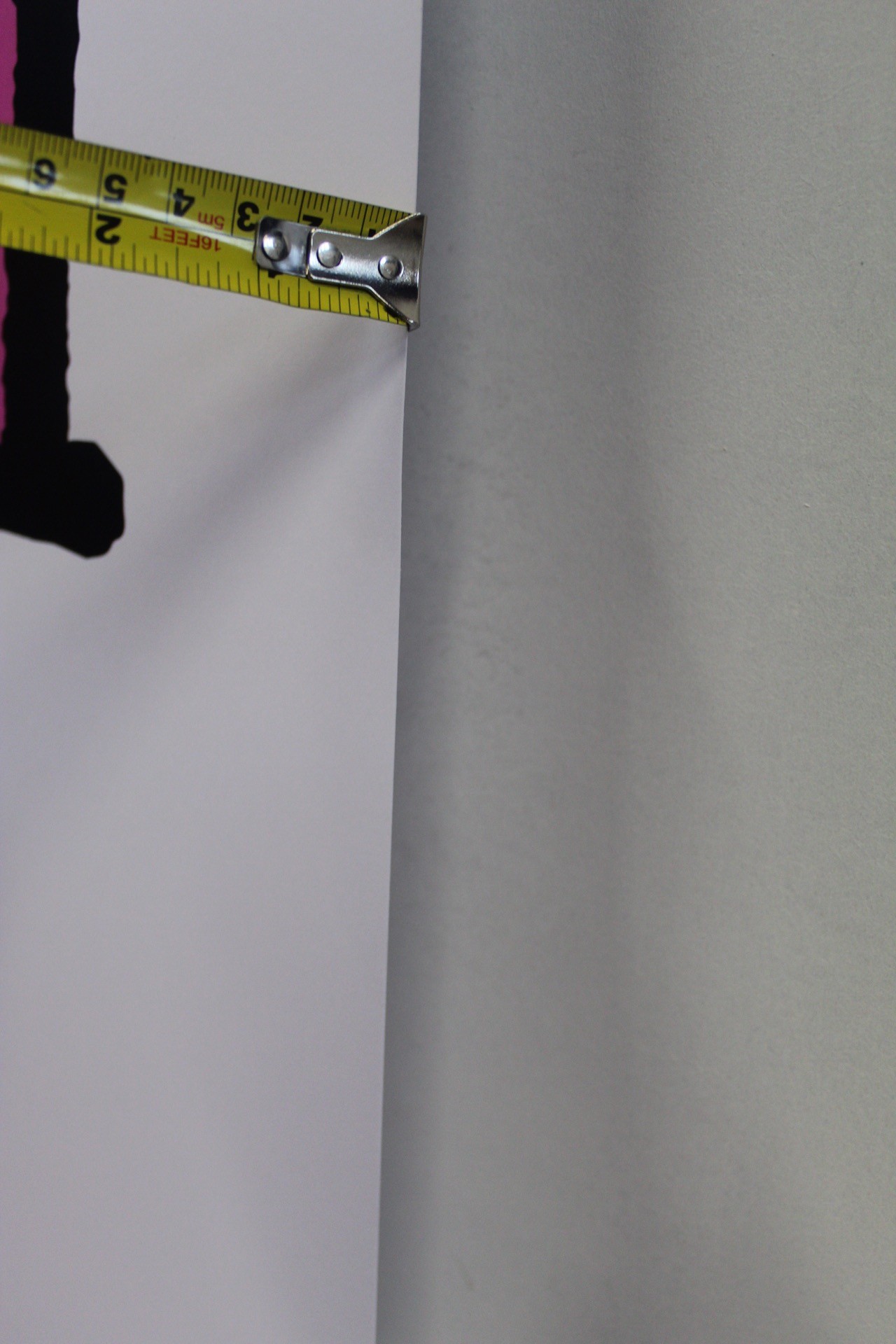 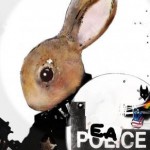 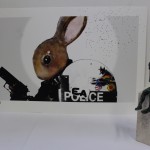 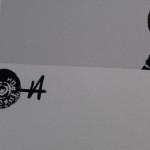 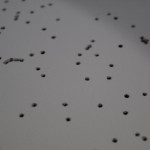 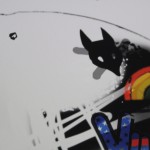 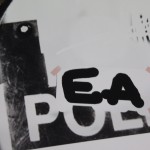 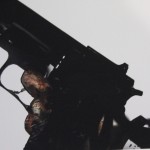 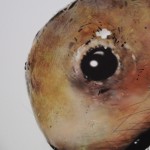 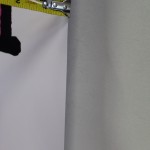 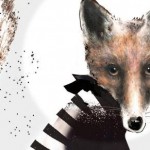 Rural Resistance Blue is a limited edition silkscreen print Harry Bunce. Each print contains traces of Bore shotgun bullets as Bunce has shot at each print, conveying messages about conservation.