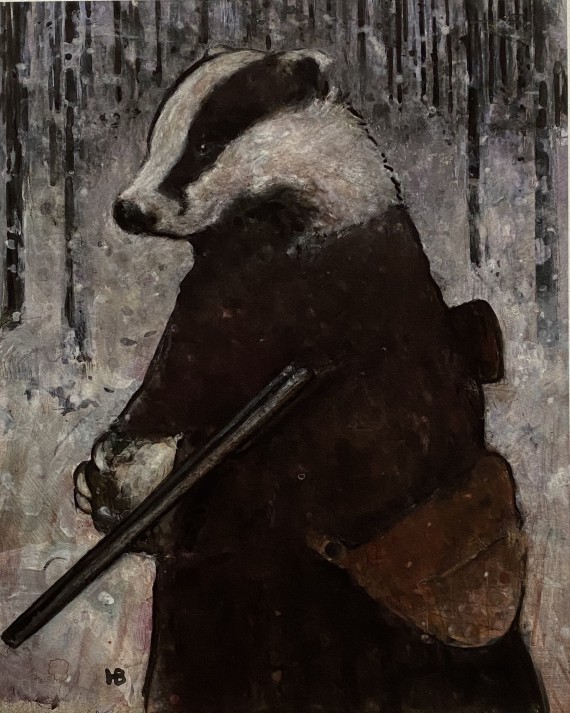 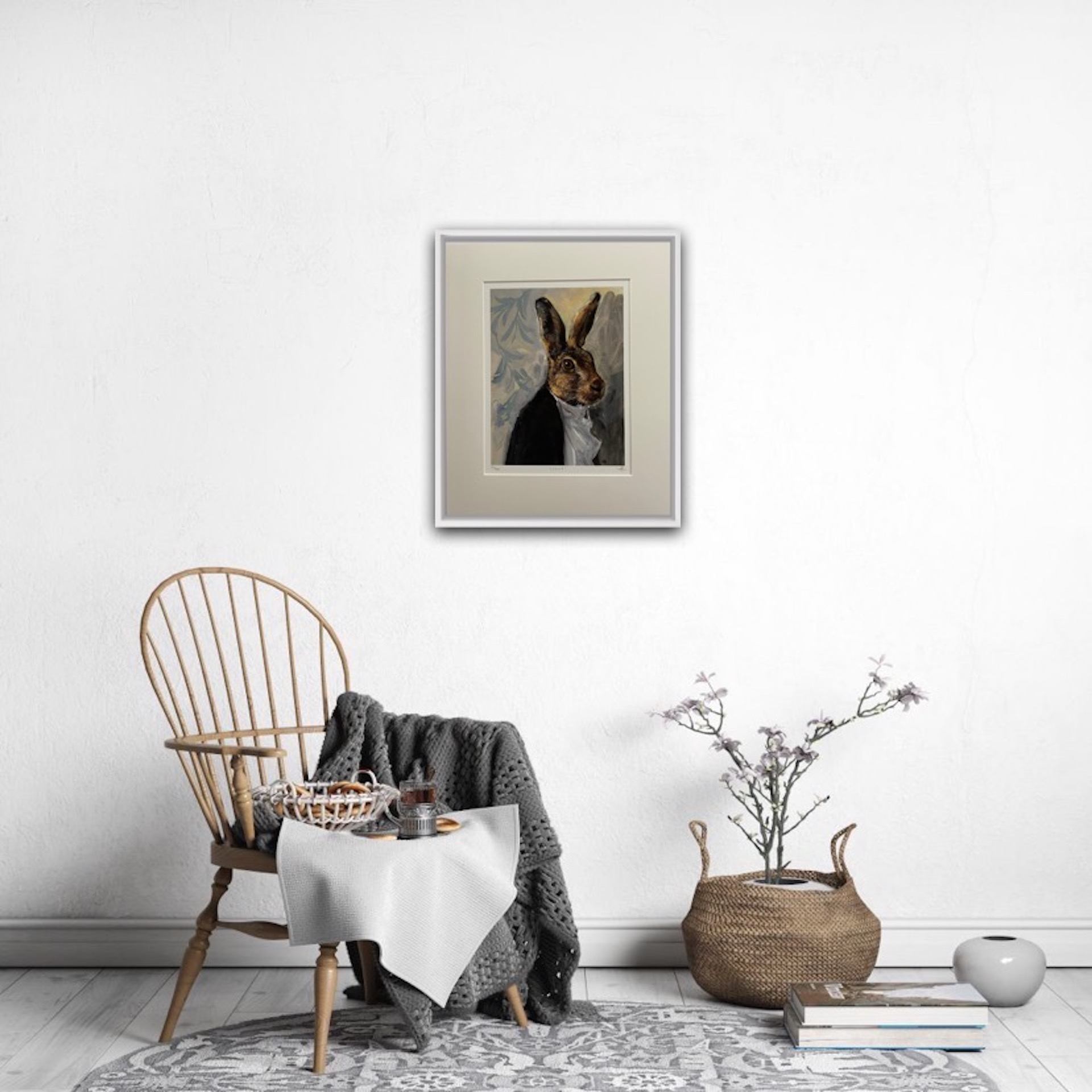 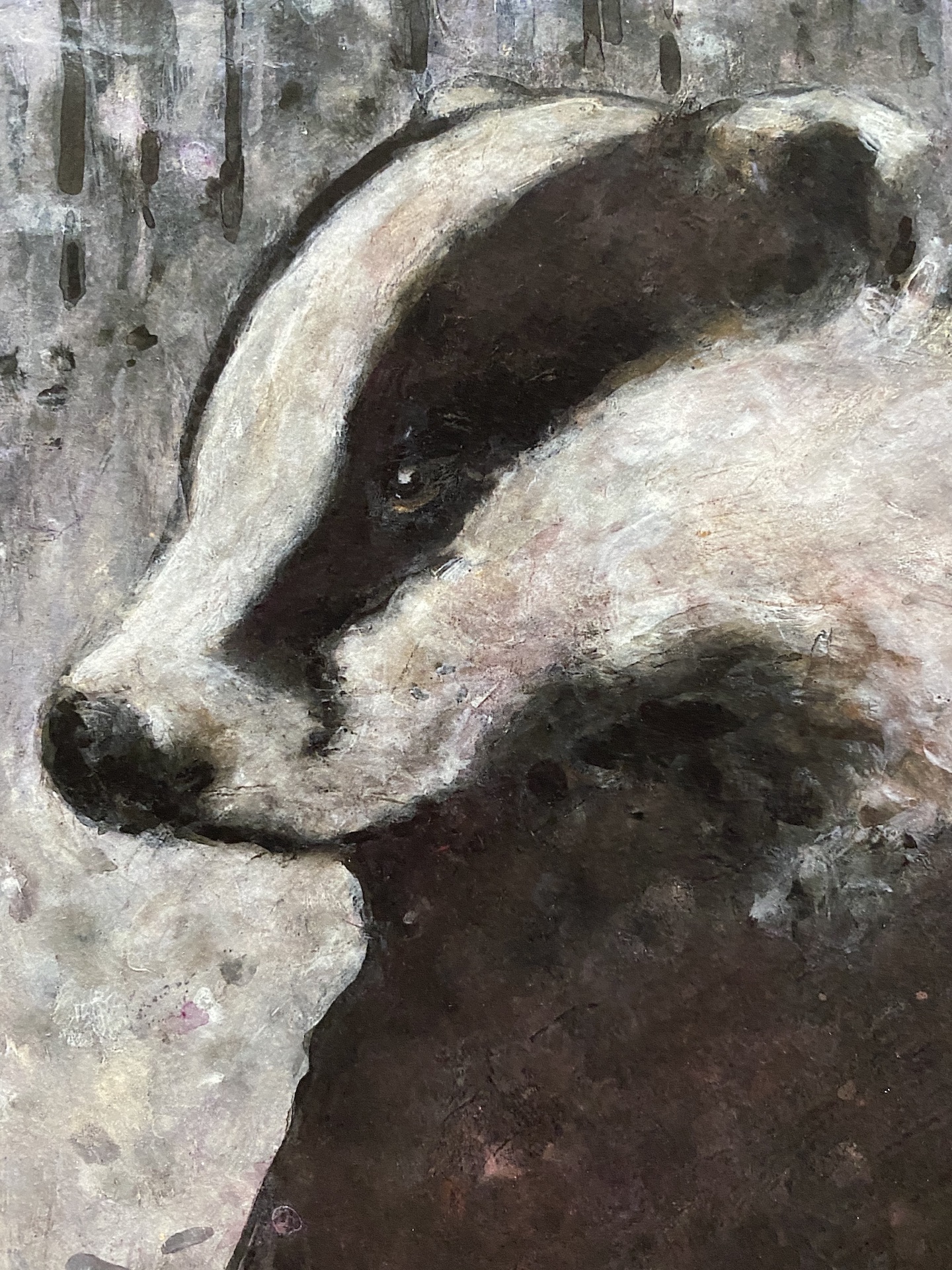 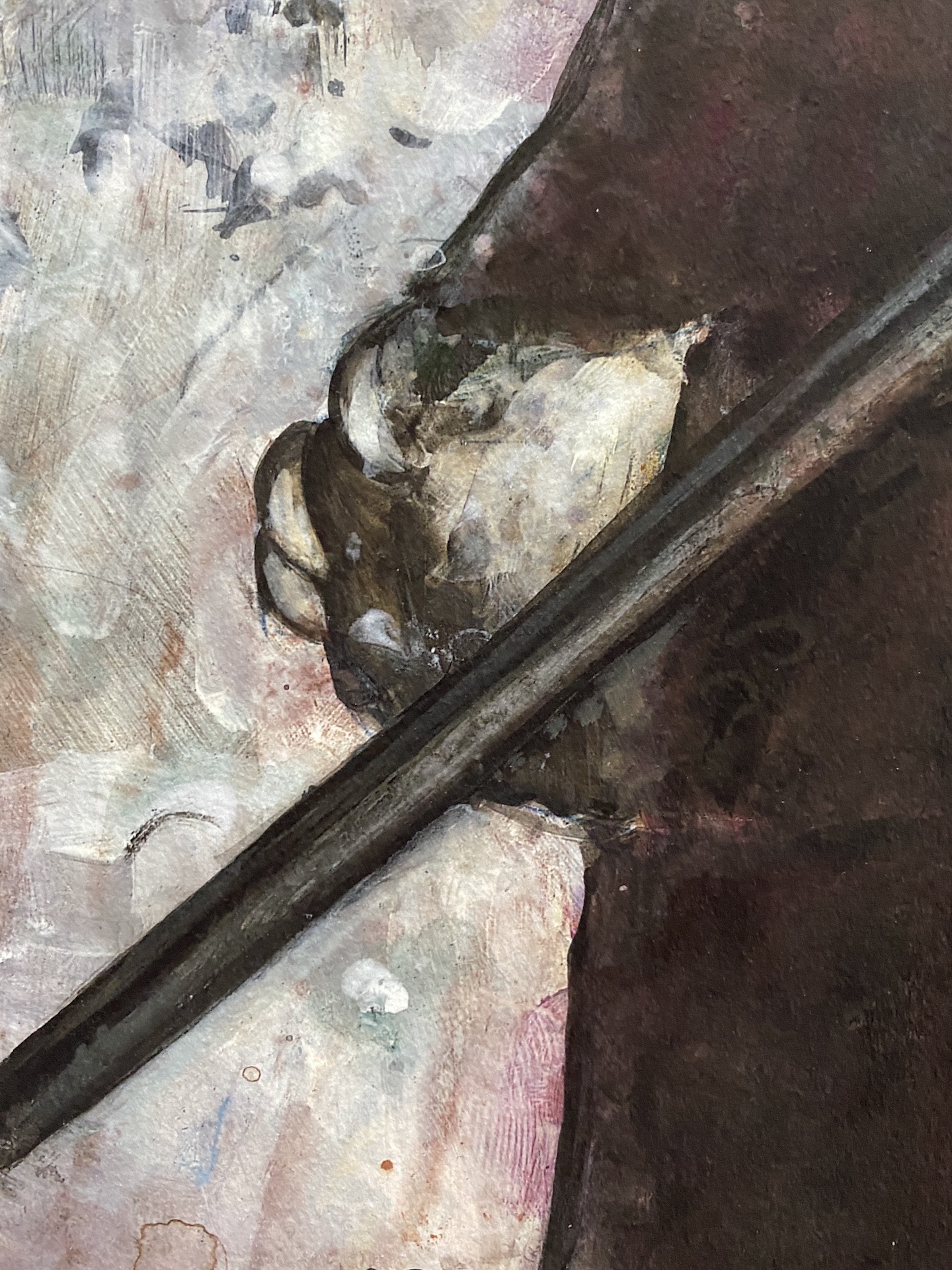 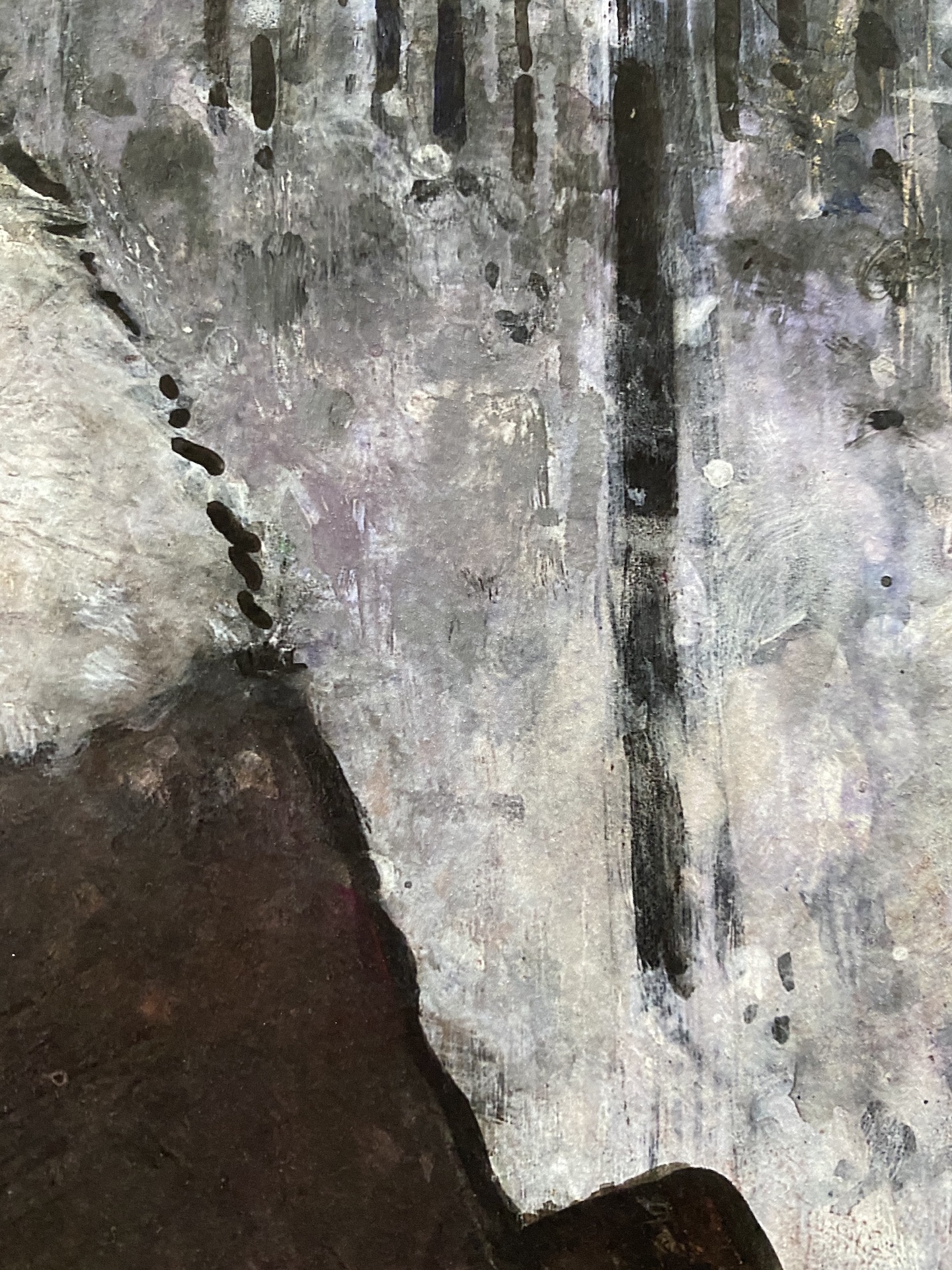 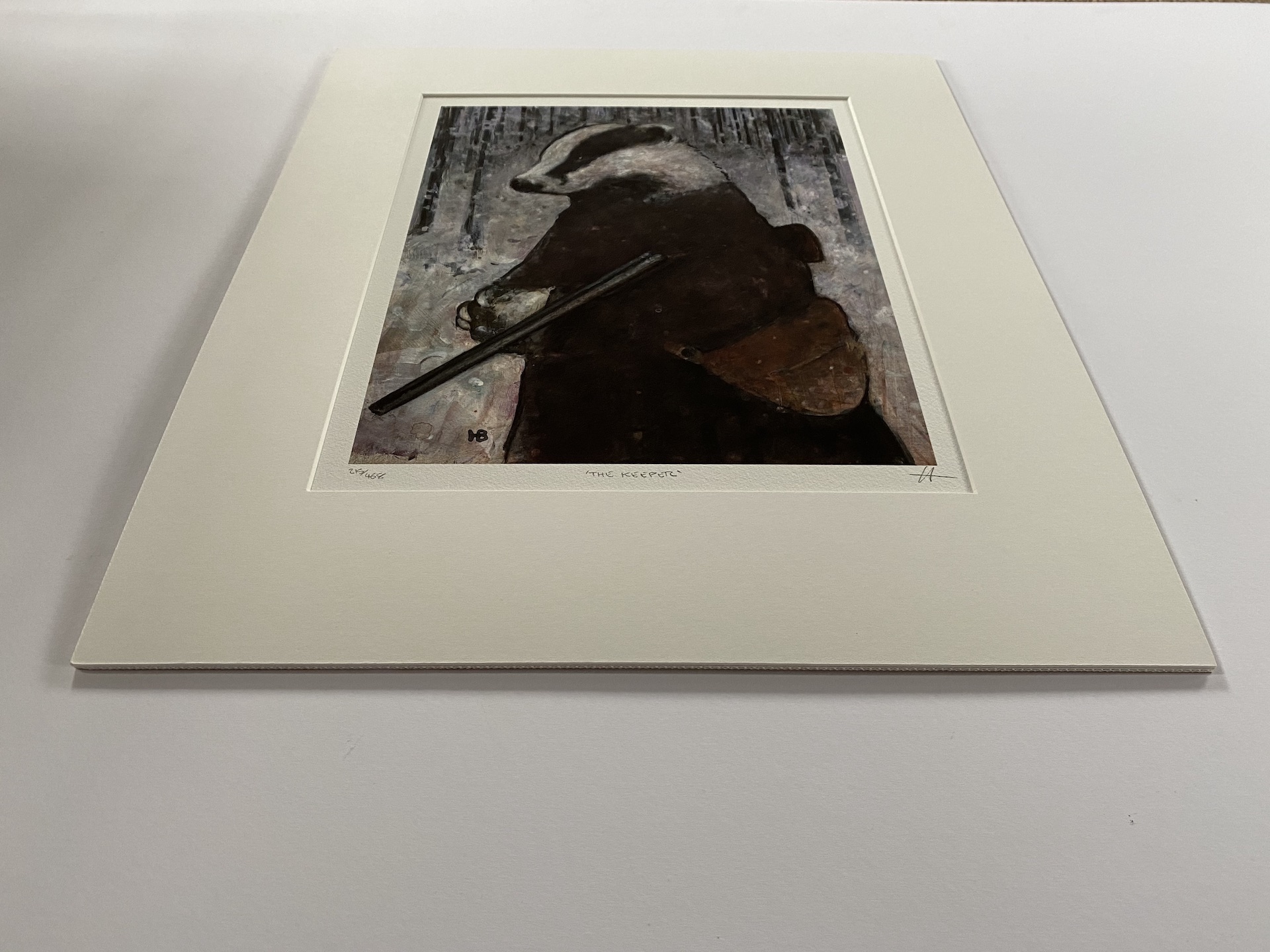 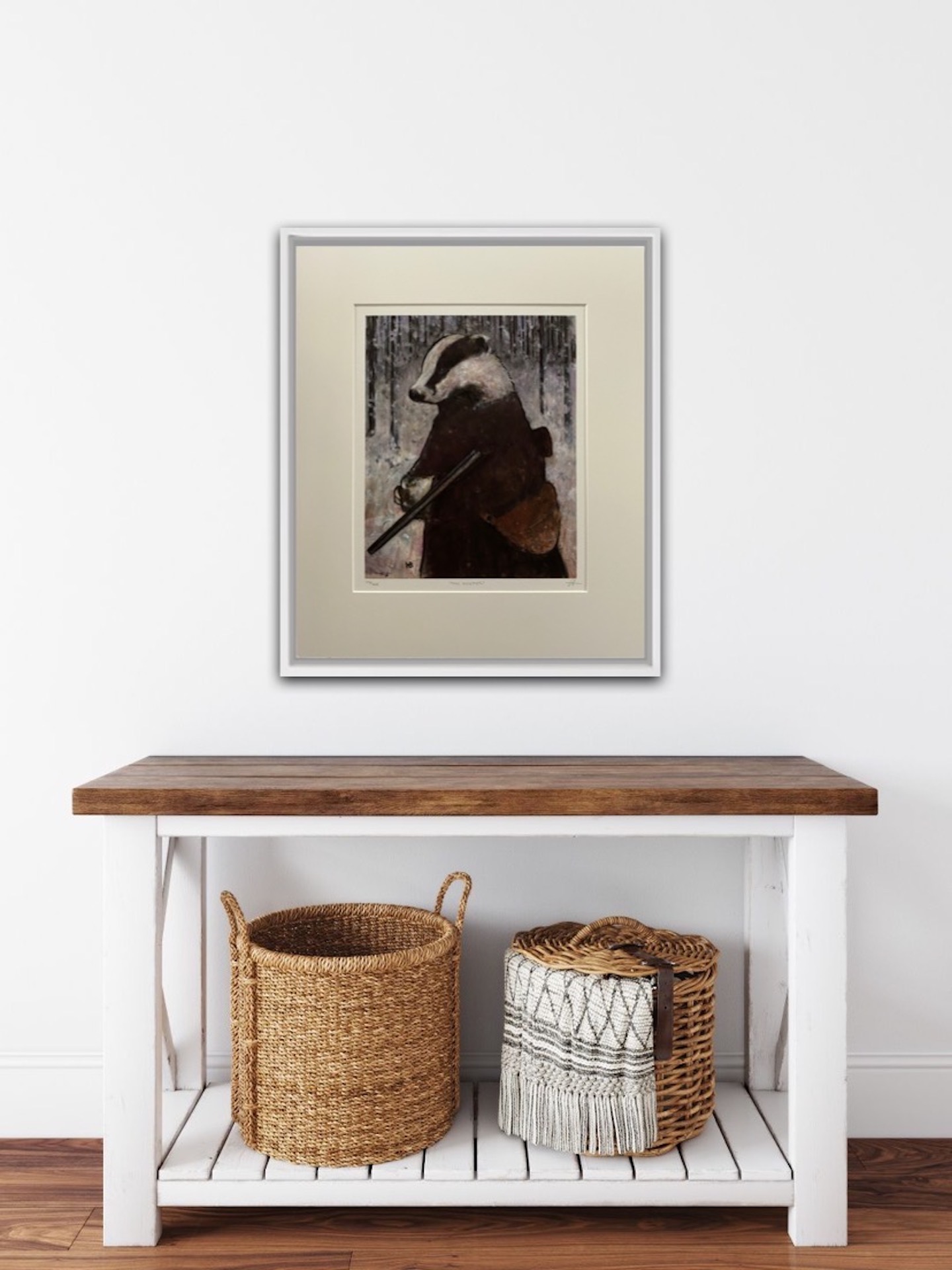 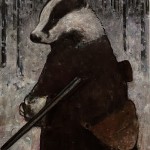 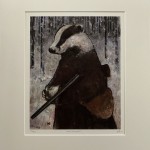 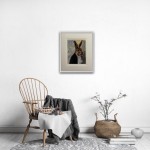 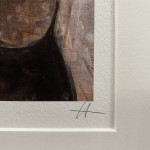 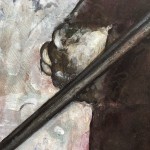 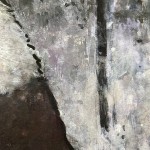 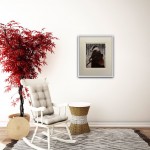 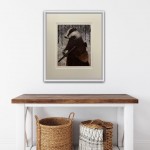 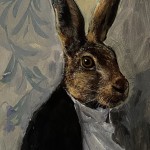 The Keeper is a limited edition print by Harry Bunce. It depicts a badger dressed as if to go hunting with a gun and hunting bag, the work is complemented by the abstract patterned background.