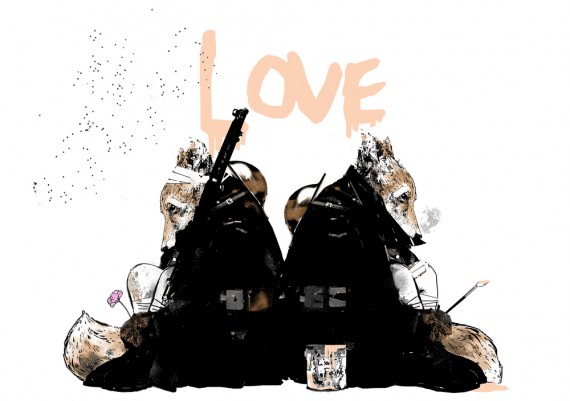 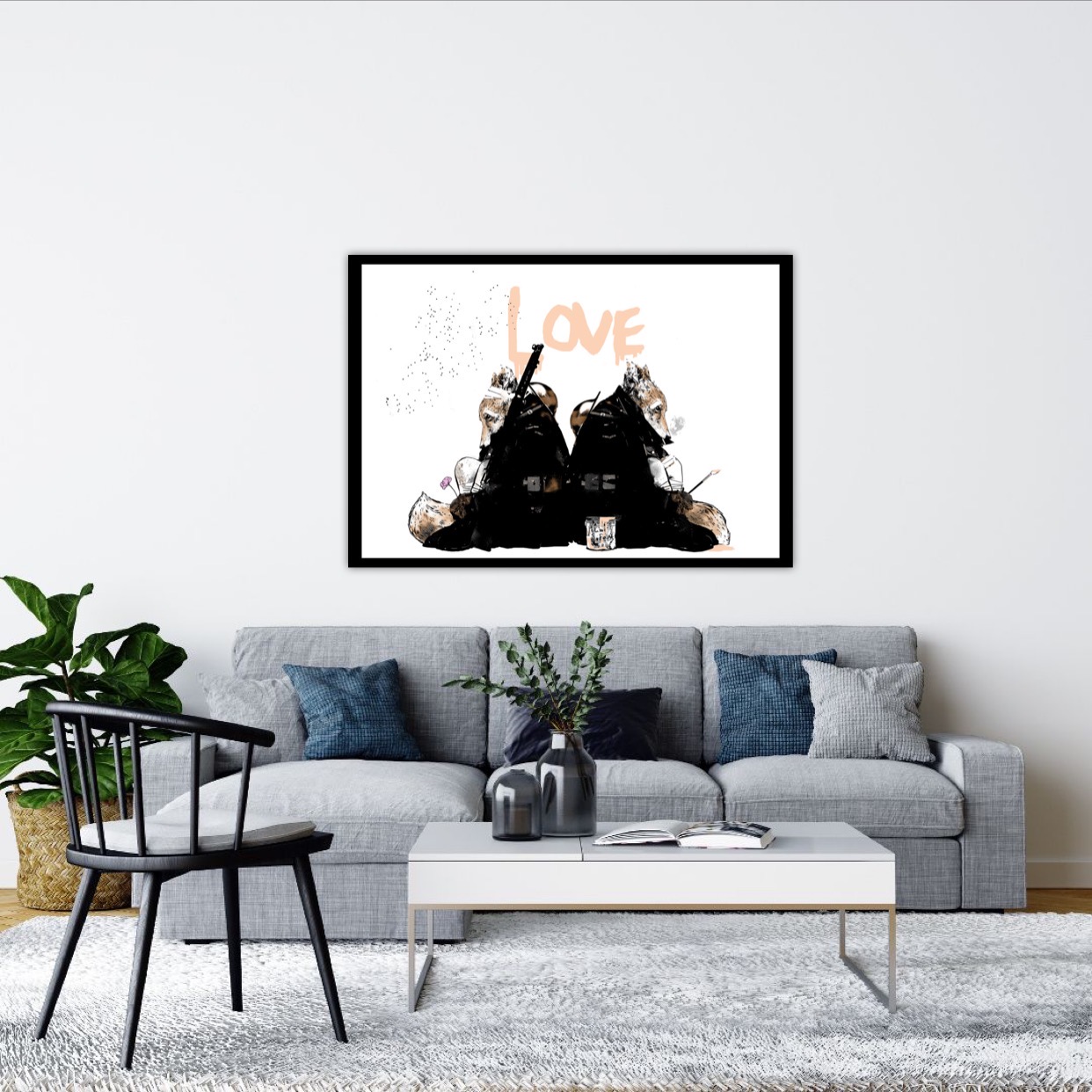 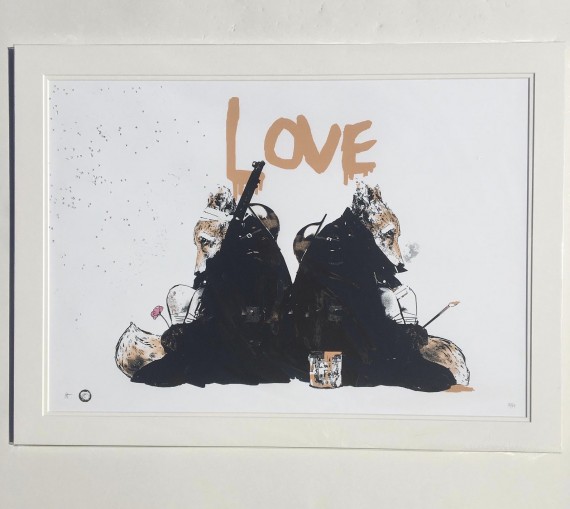 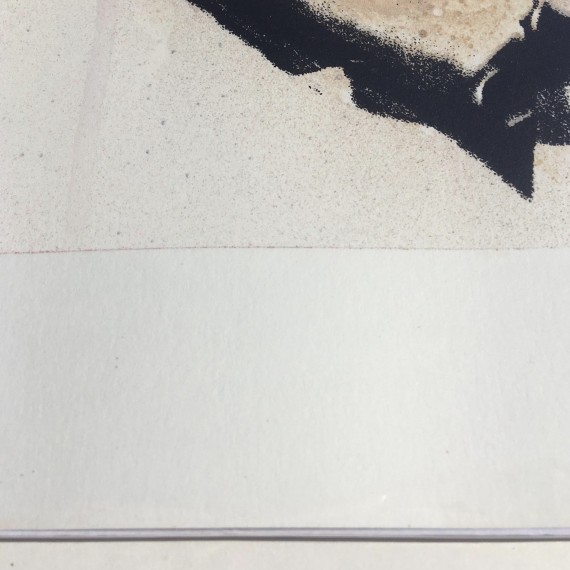 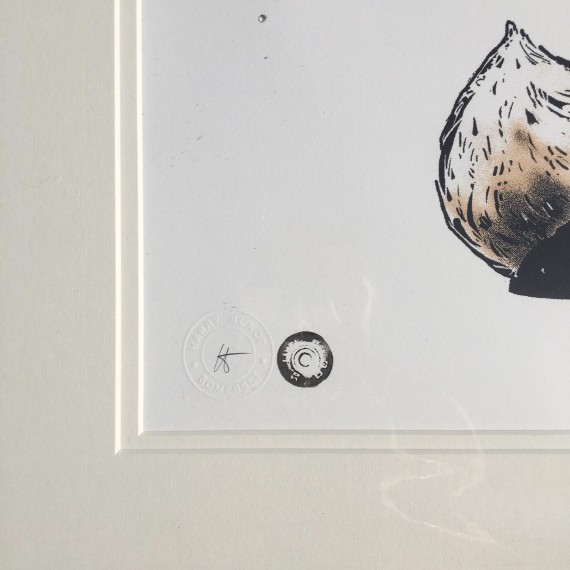 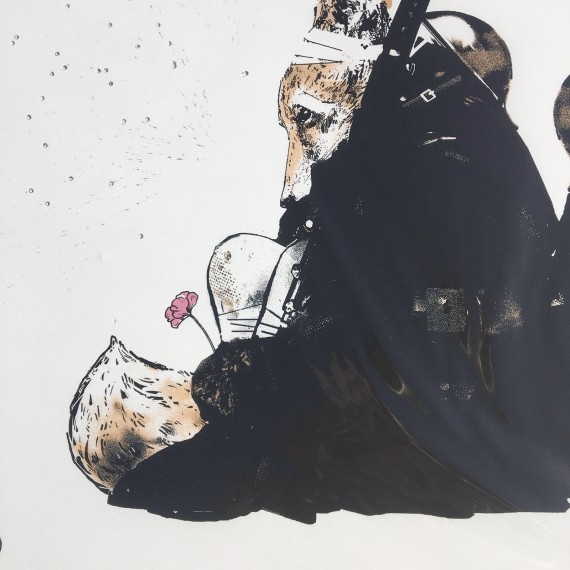 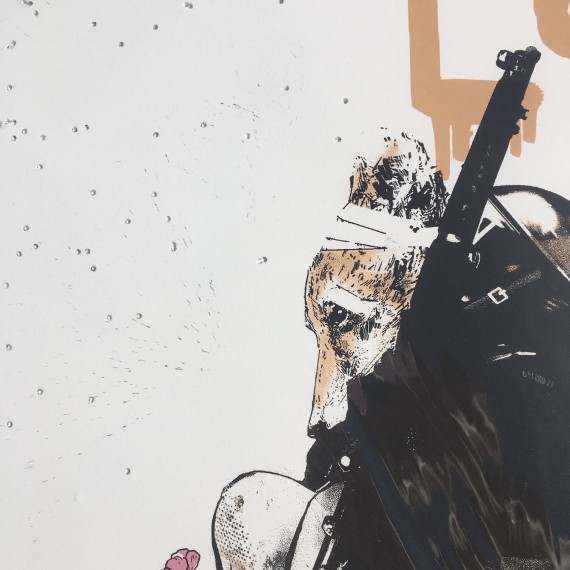 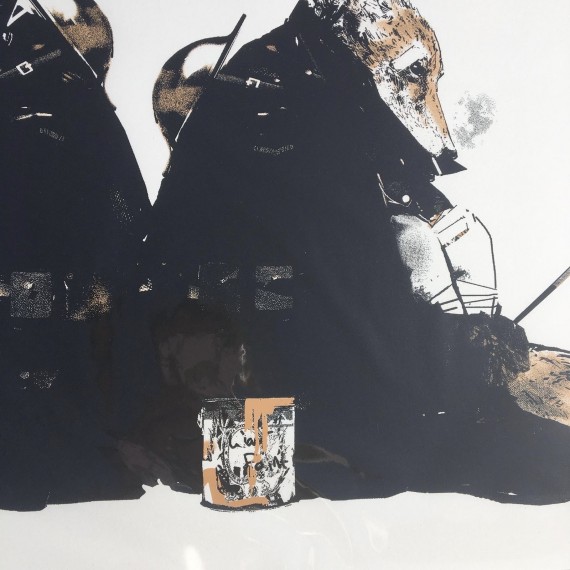 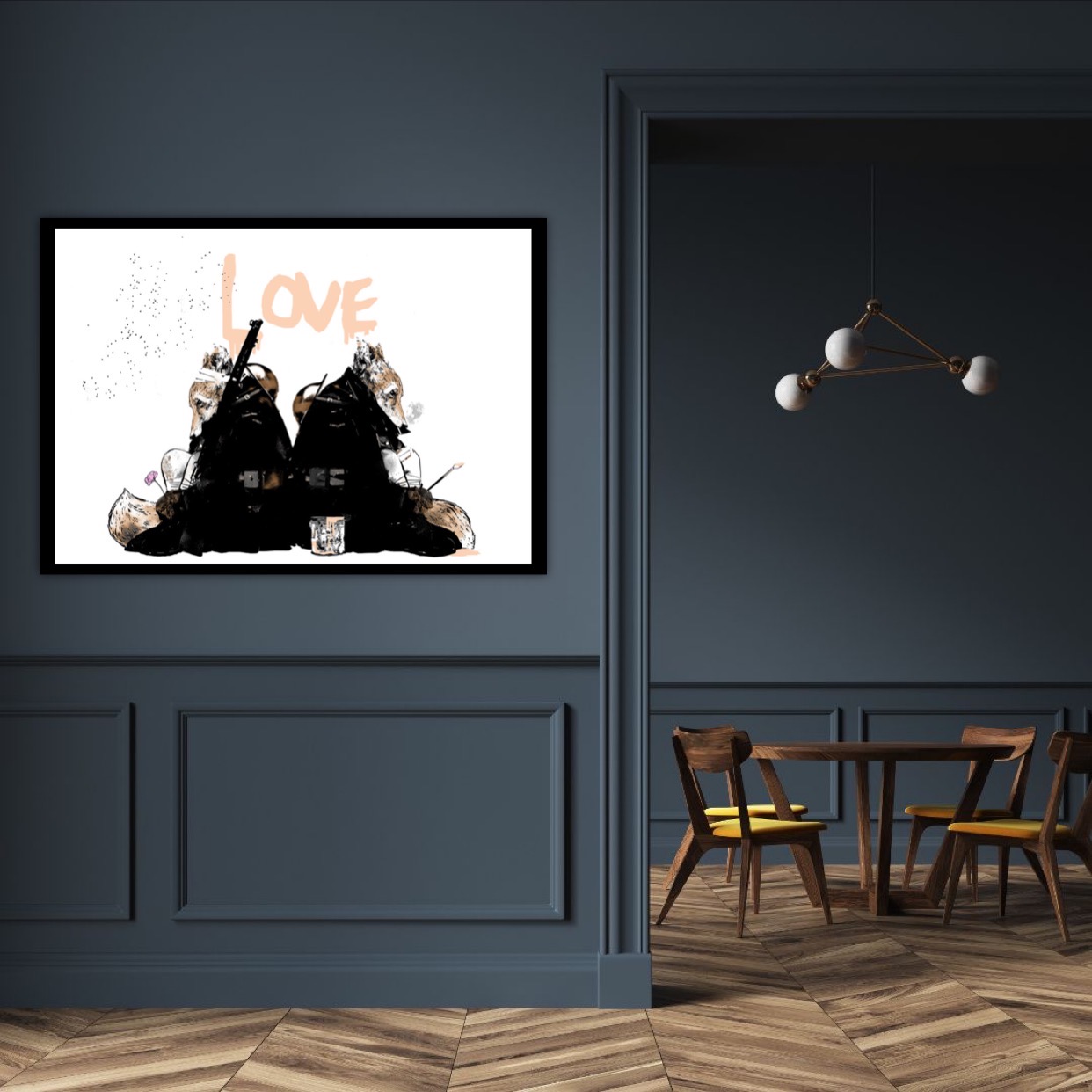 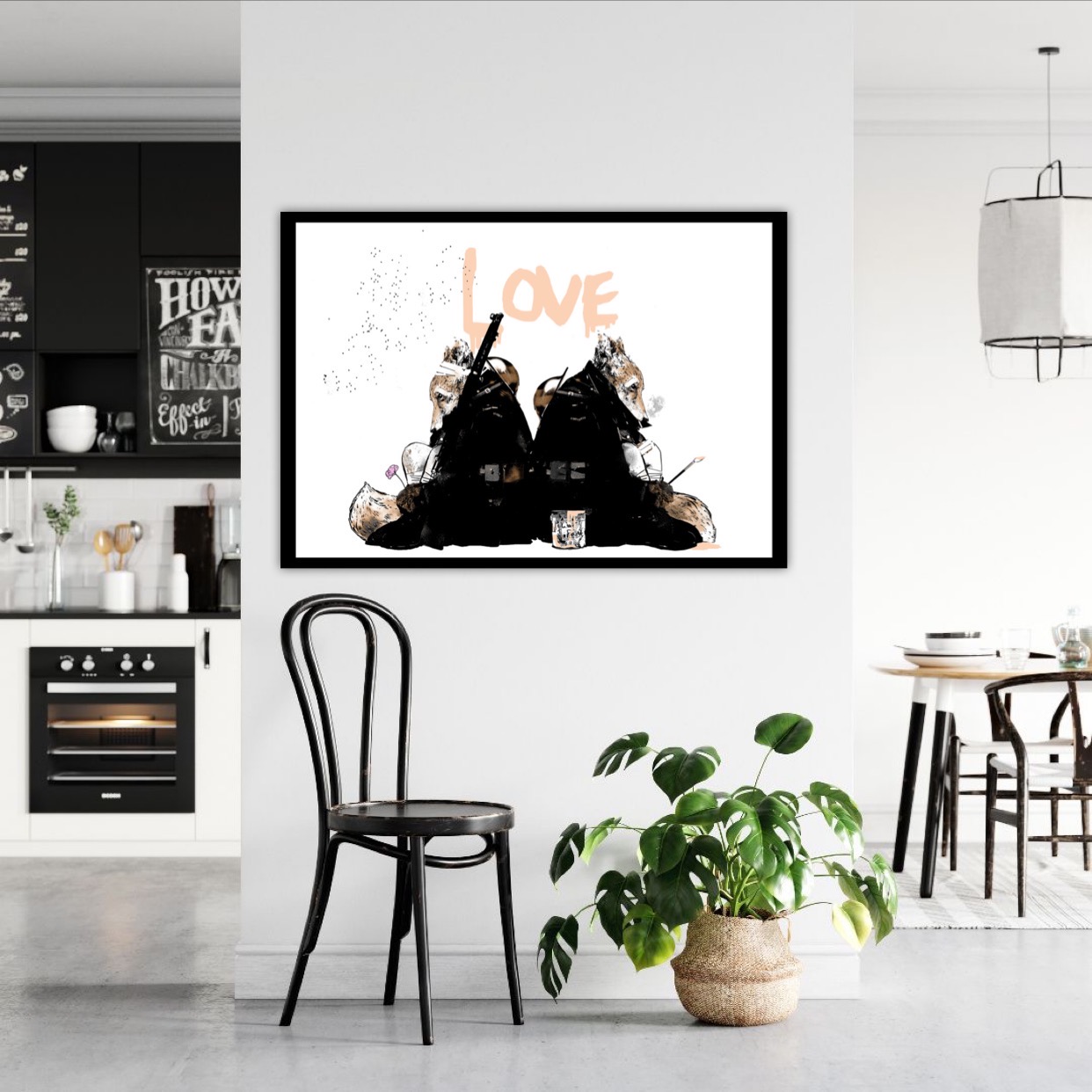 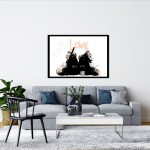 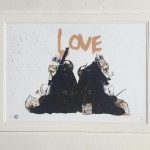 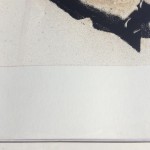 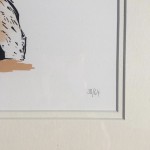 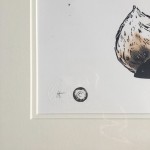 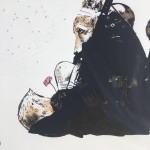 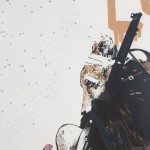 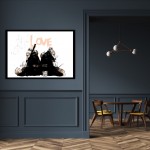 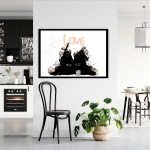 Feed the Birds by Kate Heiss 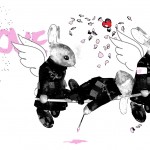 Love Wars Series, Tommies is a limited edition silkscreen print by Harry Bunce. Each print is unique. Bunce has shot at each print with a Bore shotgun, peppering the artwork with bullet holes.