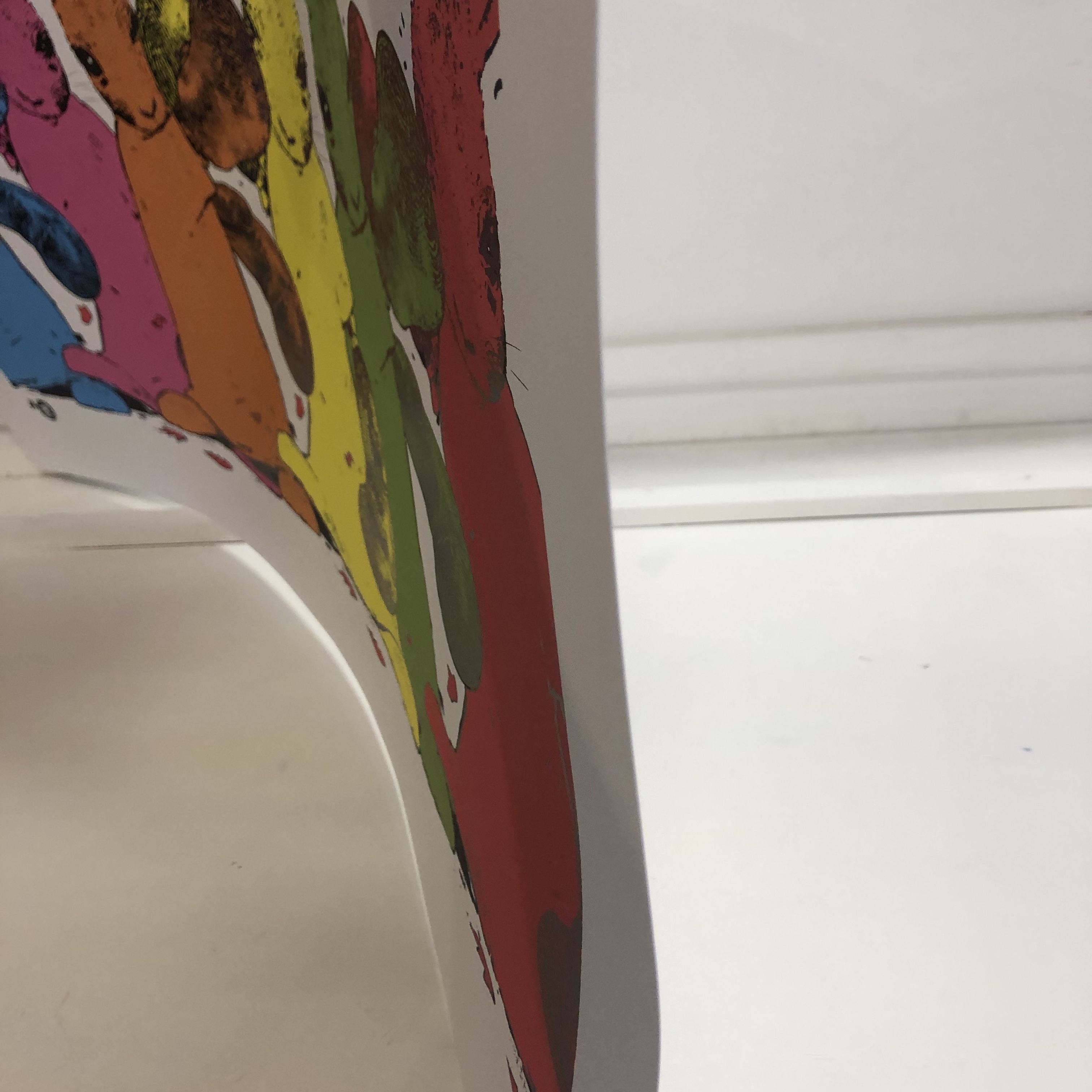 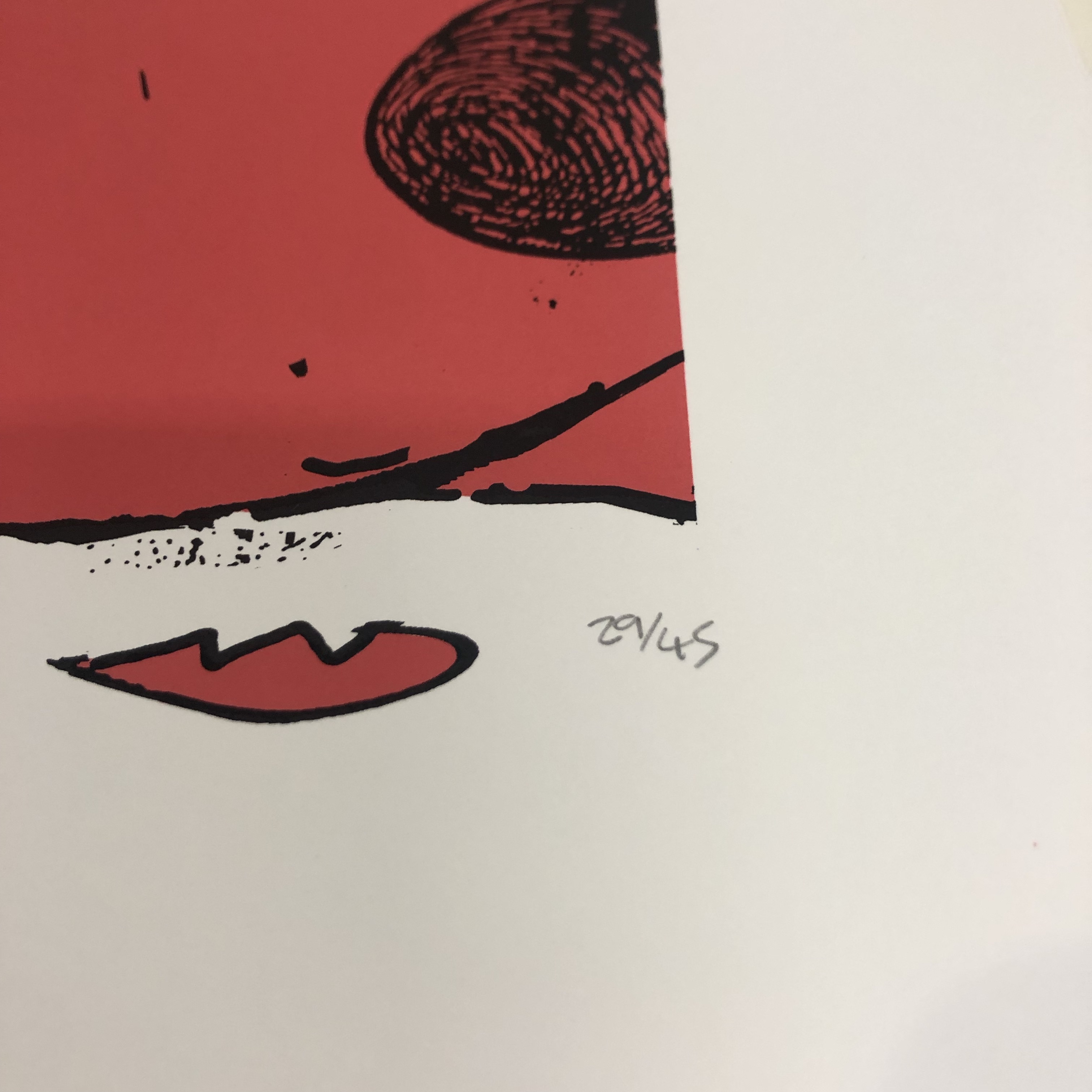 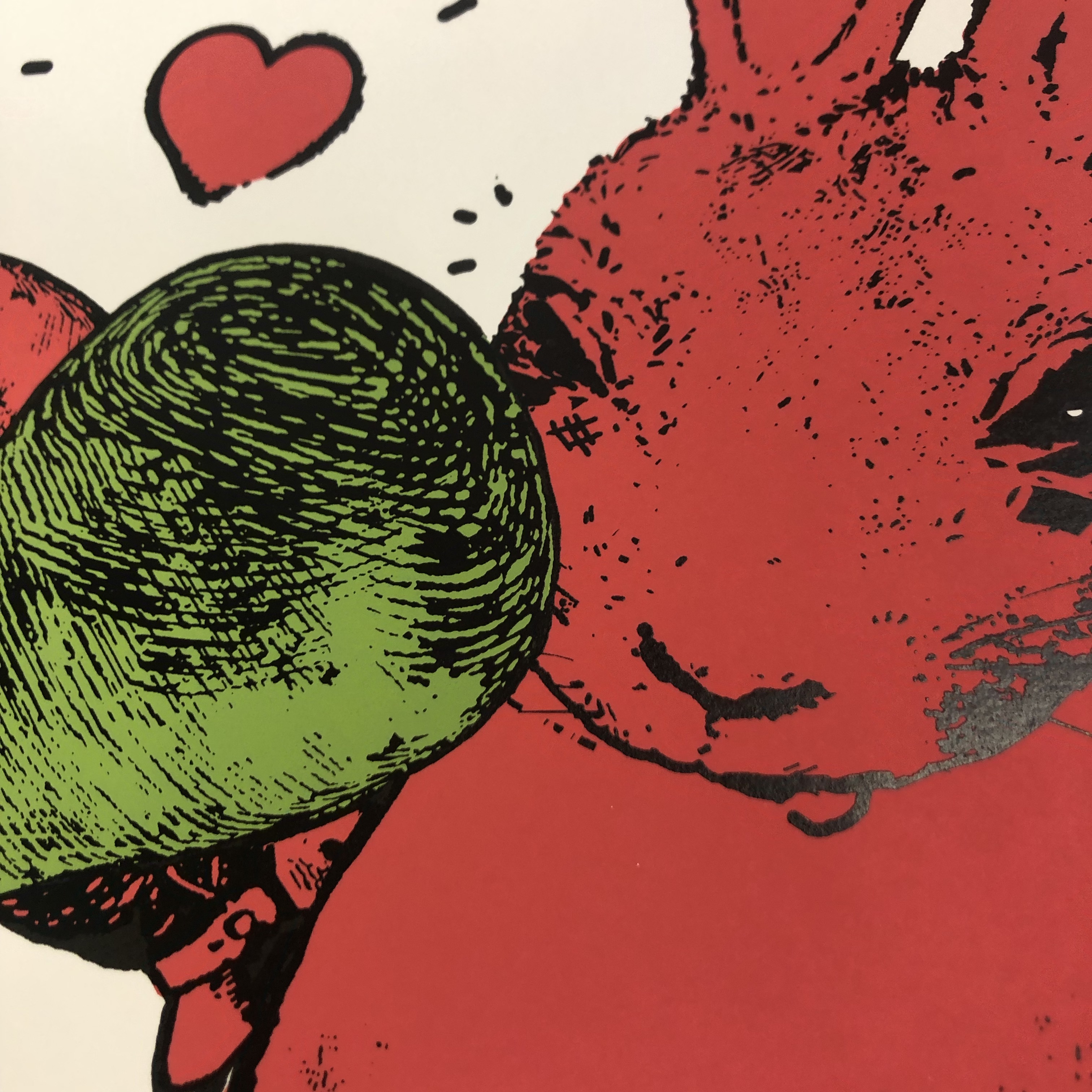 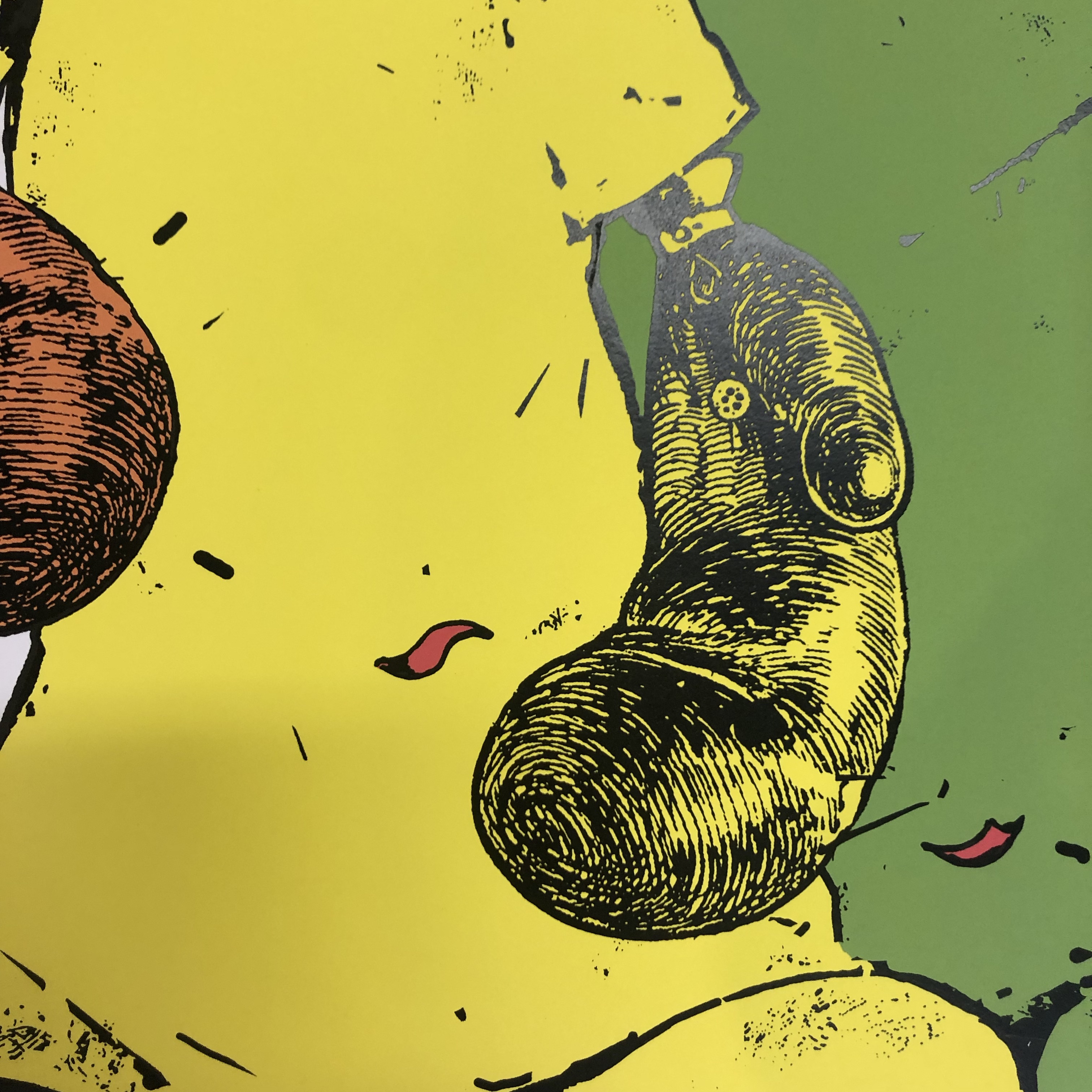 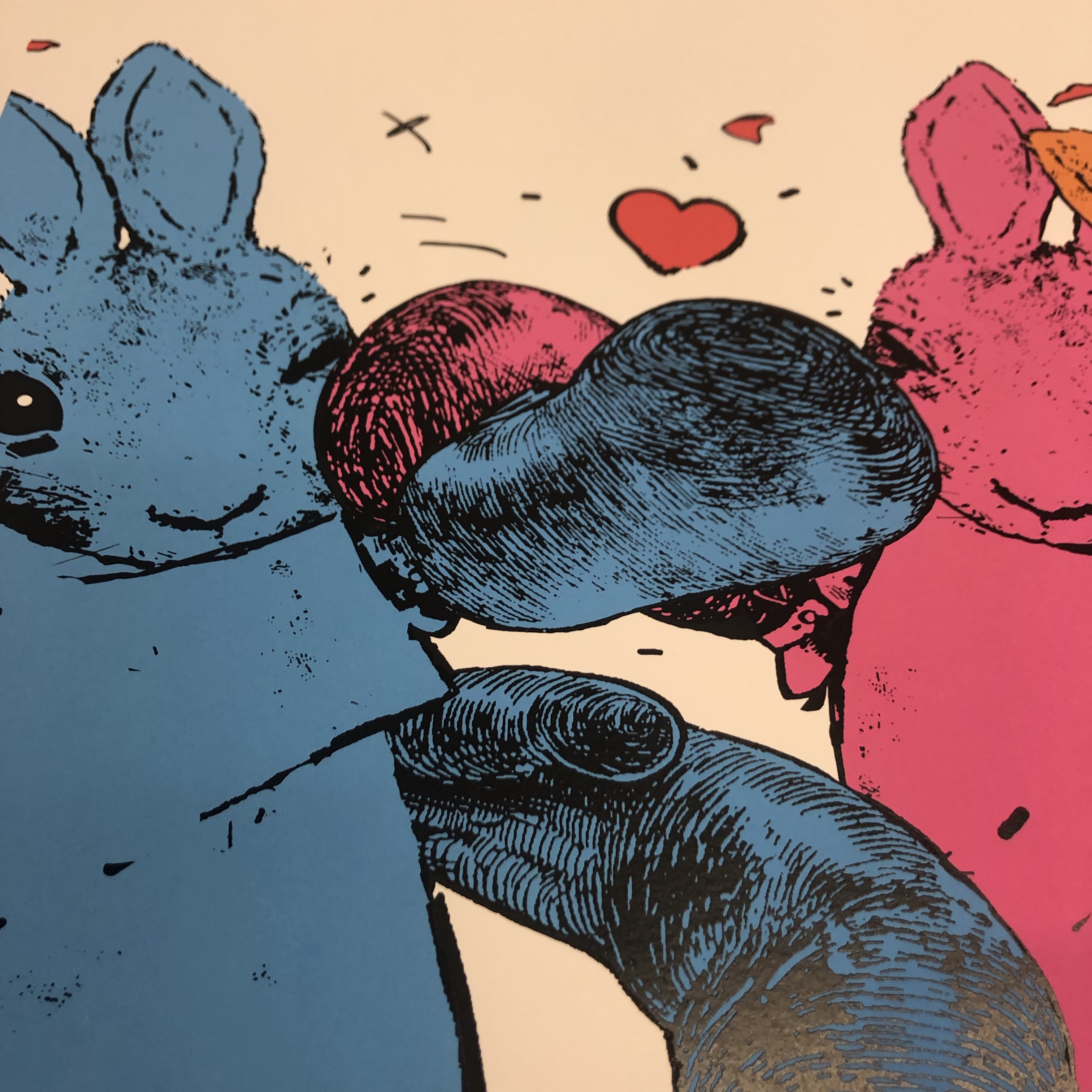 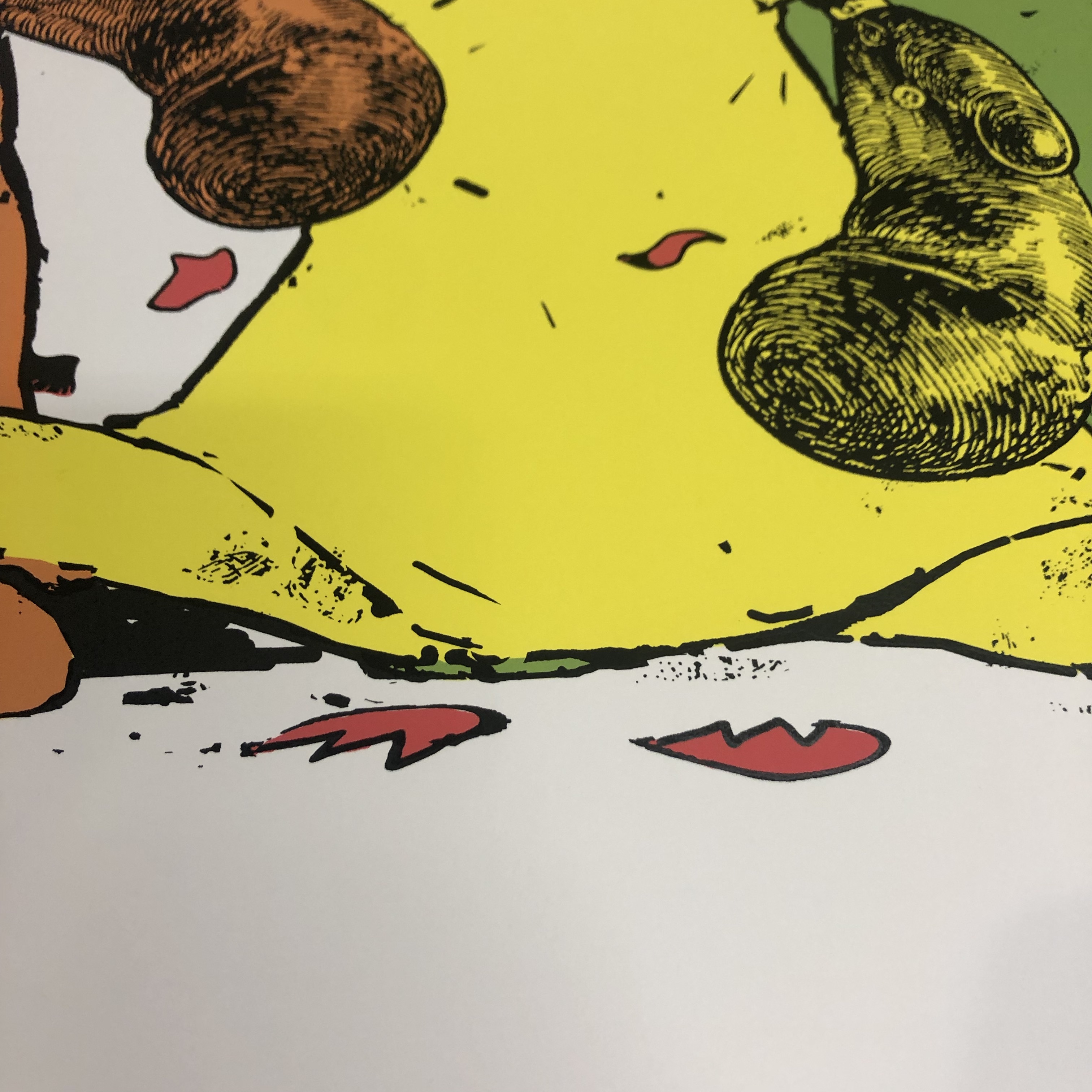 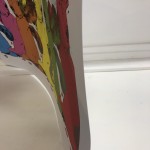 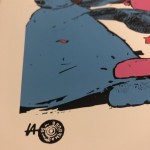 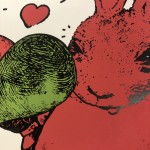 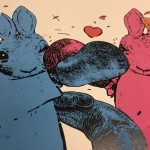 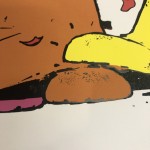 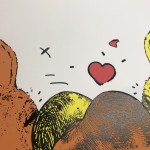 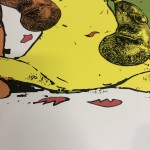 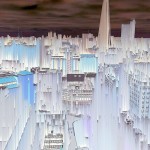 United Colours of Bunny Town is a limited edition print by Harry Bunce. The contrasting bright colours and characterful bunny’s make the piece a statement.