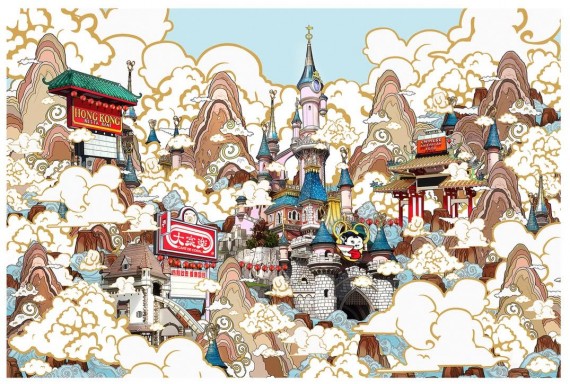 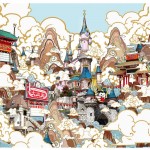 Click here to View all artworks by Benjamin Buckley

Heavily influenced by both Hong Kong’s Umbrella Movement in 2014 and the election of it 2017 Chief Executive. Hong Kong Dreams draws on Hong Kong’s battle to stay afloat against the rising tide of China’s influence. The work centres around Disney’s Sleeping Beauty Castle, a building which lies at the centre of Disneyland in Hong Kong. This fairy tale style castle is maintained by commercial fantasy, this mirrors the tale of Hong Kong’s dream to remain independent, as China steadily erodes its freedoms. Clouds appear to either begin to envelope the castle or have been dispersed.

If you are interested in this work please email deborah@wychwoodart.com or call 07799535765. The work is available for fast delivery.