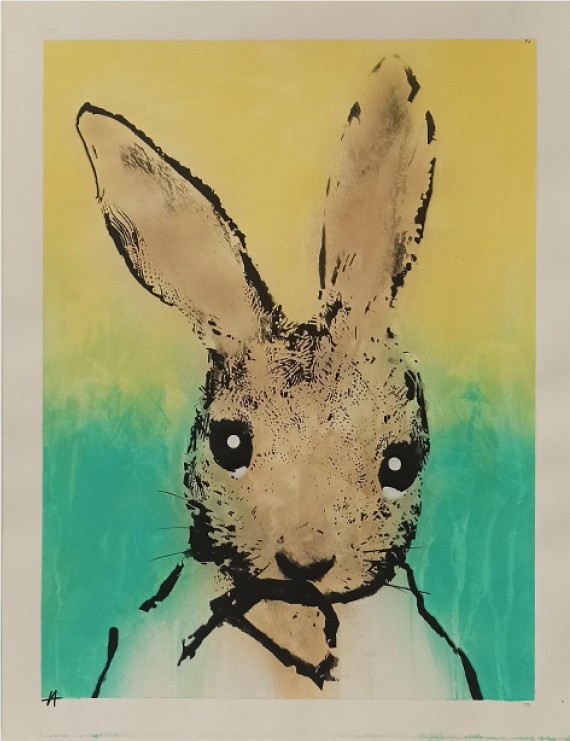 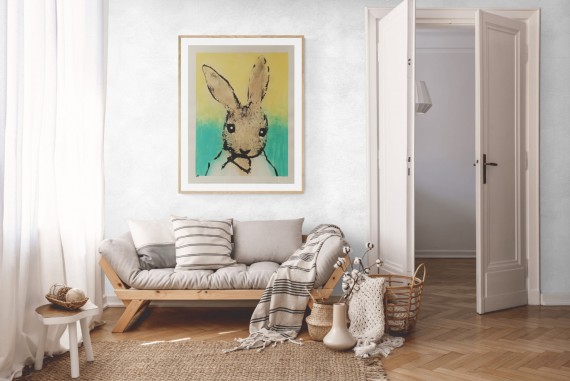 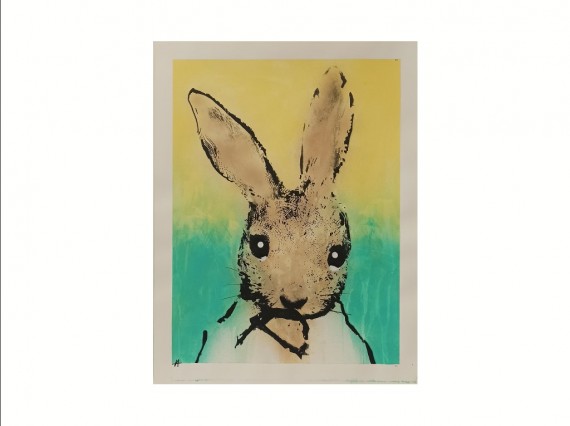 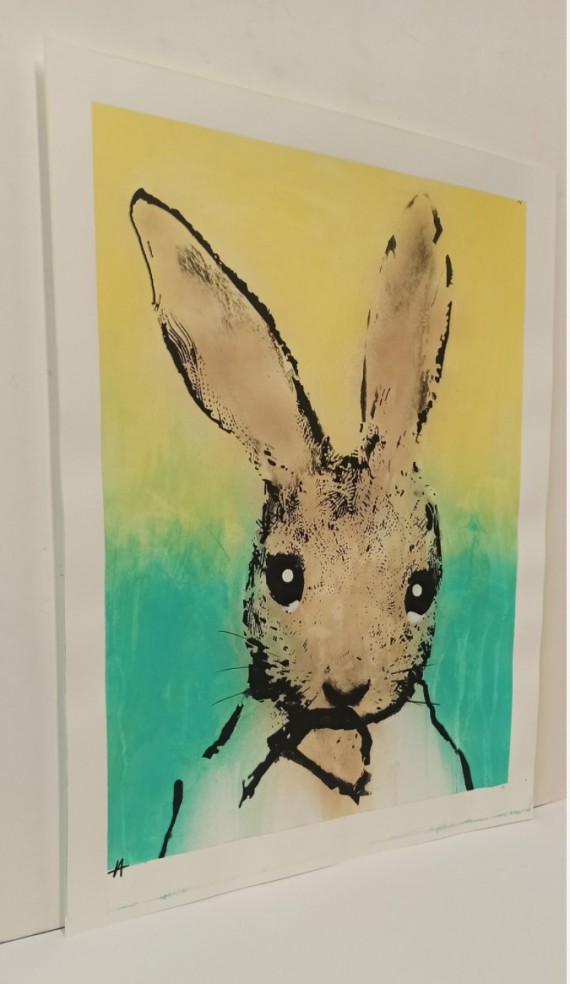 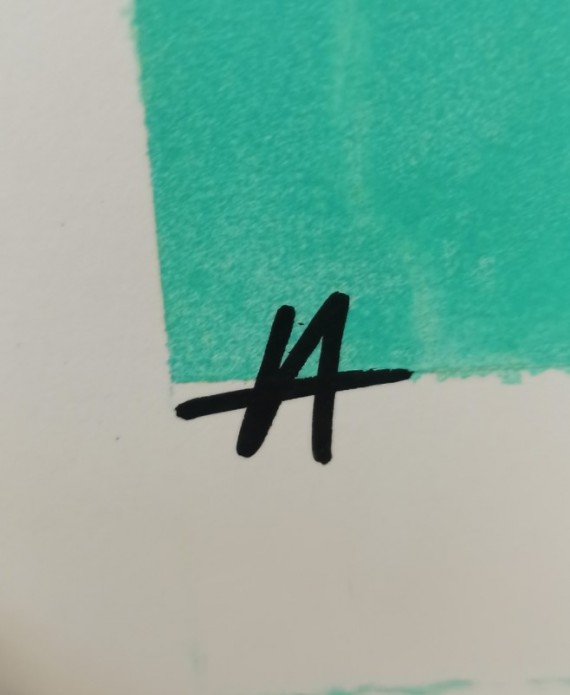 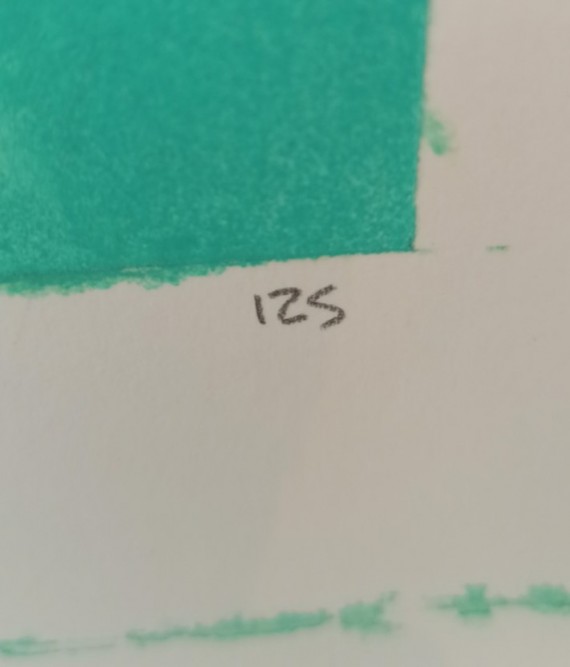 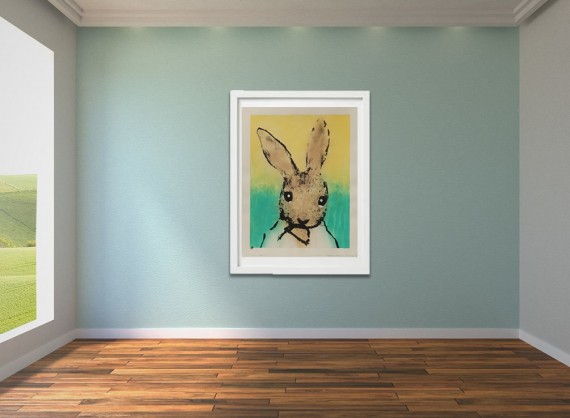 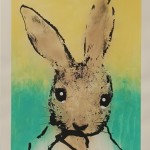 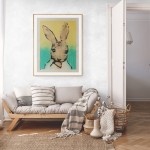 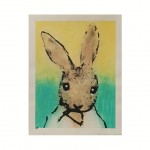 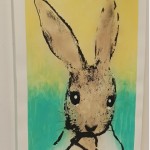 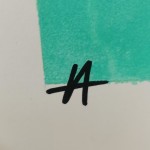 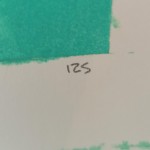 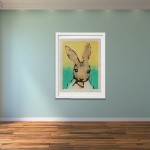 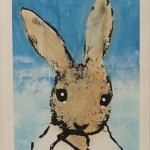 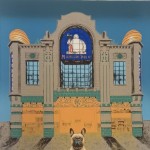 Sorry #125 by Harry Bunce is a screen print hand finished in mixed media making each one unique. This work features Harry's known rabbit character against a yellow and green gradient background. Please note that the complete size of unframed work is the sheet size of the paper.