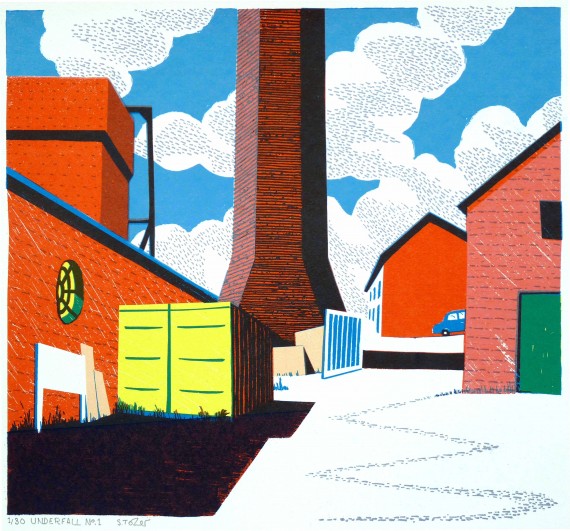 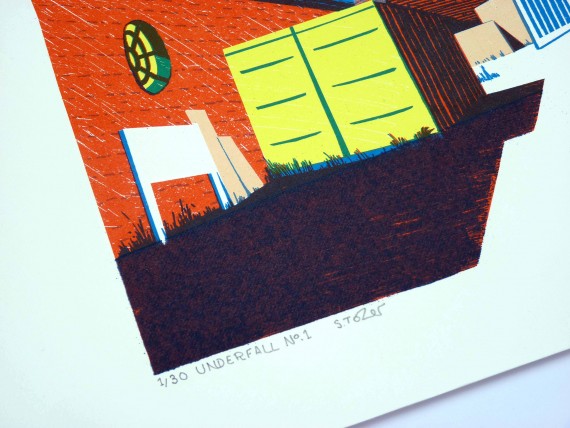 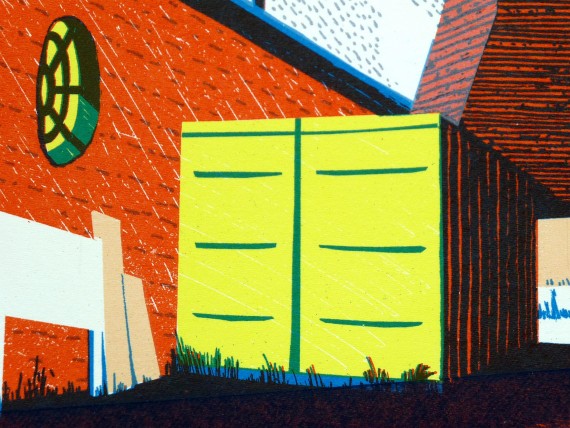 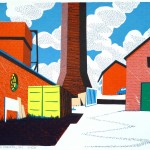 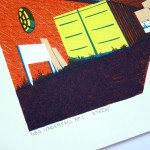 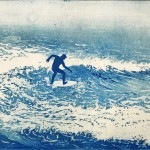 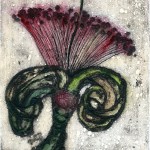 This print was made from sketches drawn at Underfall Boatard and Pumping Station in Bristol. Underfall is a beautiful boatyard with very striking Victorian industrial architecture - the chimney is very nice, as chimneys go. This print shows a quiet section of the yard, the back of the old pumping station. Although it's a functioning boatyard, it is also a very peaceful place.