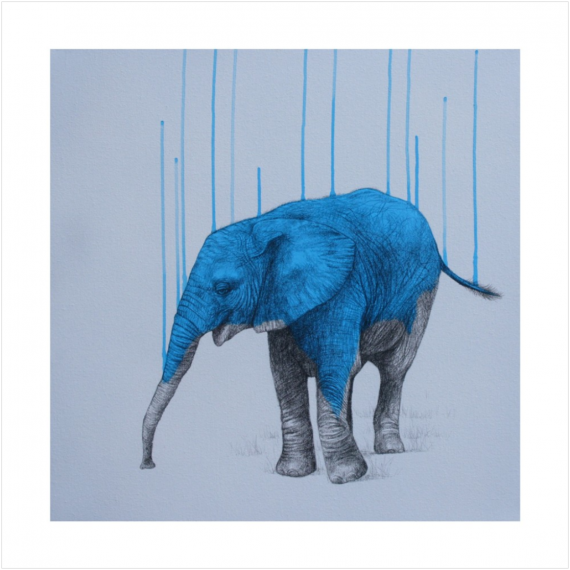 Wild Strength by Louise McNaught is a Limited Edition of 50, Giclee on 330 gsm Somerset Velvet Paper. Signed and Numbered by the Artist.

In India and even in the West, Elephant has come to symbolise the God of Warriors. Elephant is the totem of the greatest of warriors, denoting royalty, inner strength and nobility. The myths involving Elephant have profoundly influenced humanity through history. The artist says “Being a new mother myself, this piece I have done of a baby elephant is tapping into the importance of family and how the female members keep the family together – much like elephants. Having a baby has taught me more I could ever imagine, and a baby elephant represents new life, yet ancient strength, which I feel sums up this experience of becoming a mother beautifully…