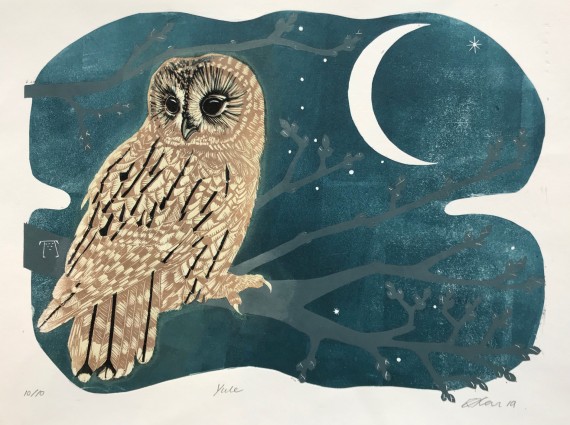 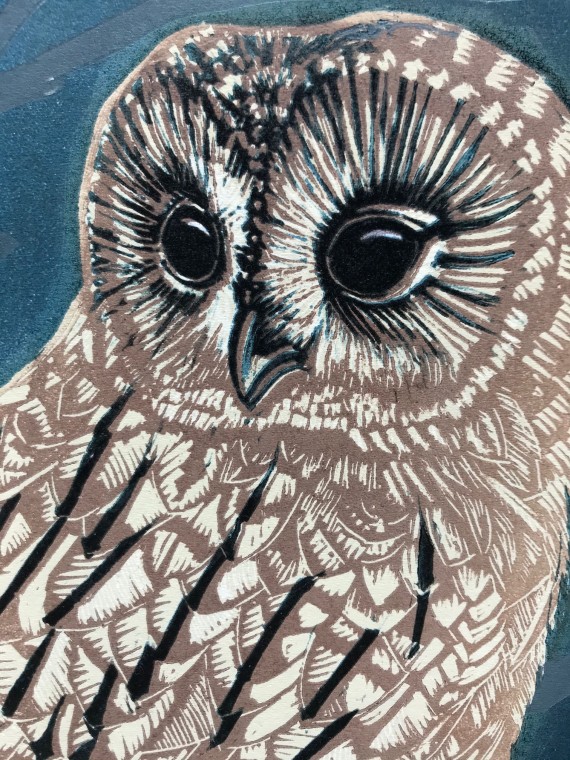 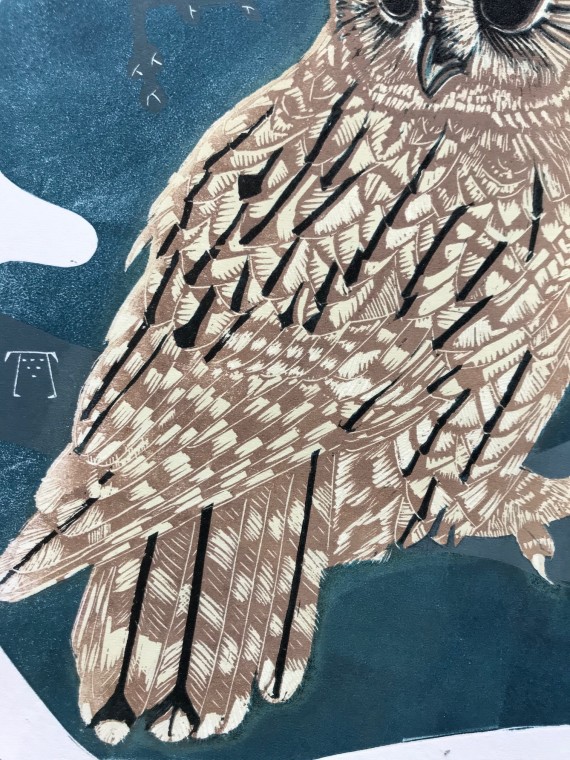 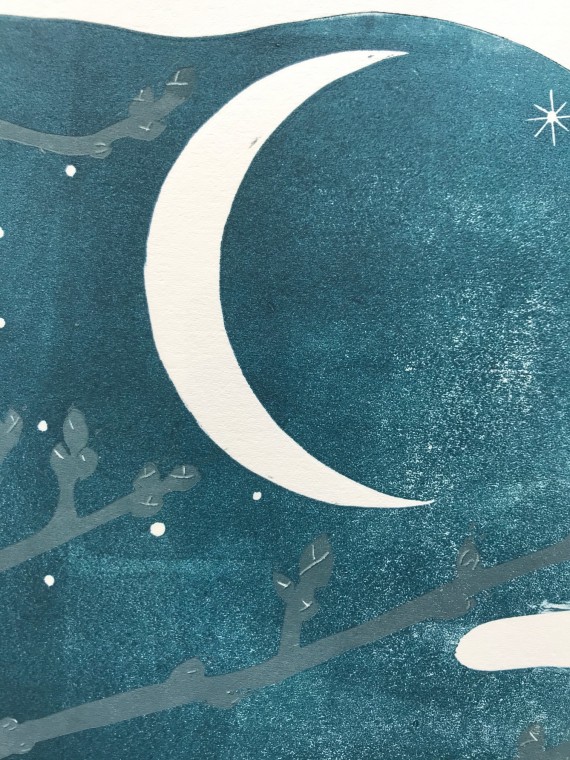 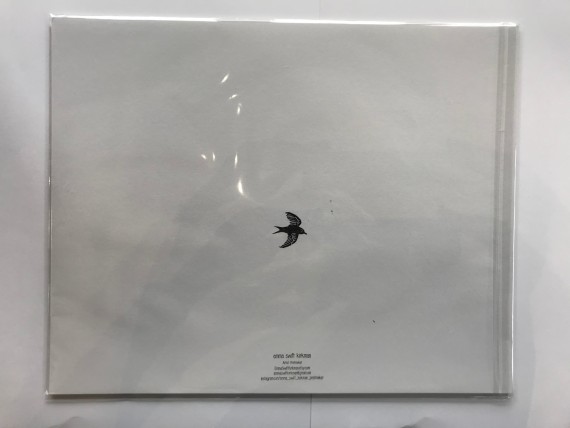 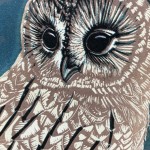 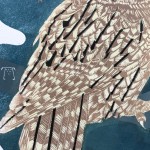 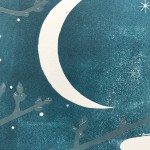 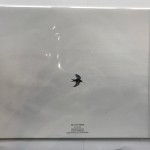 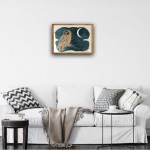 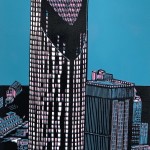 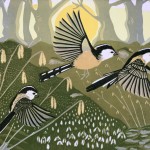 Yule represents both the end and the beginning of the turning of the wheel. the Tawny owl sits in the beech tree watching and waiting, he knows that although the tree is without leaf it is waiting to burst in to life.

A limited edition linocut reduction print of only 10. Linocut reduction is a method where layers of colour are built up and with each new colour a part of the block is carved away as part of the process, this means that there can be no more prints taken from the block.
Yule forms part of a body of work titled ‘The Lost Temperate Rain-forest’ which is my enquiry in to the time when modern humanity became disconnected from their natural environment. I wondered where humanity became so disconnected from nature? Our ancestors knew to forage for food and medicine from the hedgerows and woodland, they knew what time of the years it was by what was growing and animal behaviours, the phase of the moon and the placement of stars in the sky. Research led me to the creation of the Gregorian calendar, and the invasion of Christianity. I wanted to explore the seasons but did not want to represent them through the artificial division by the calendar and so I decided to create eight images to reflect the Neo Pagan ‘Wheel of the Year’ the natural rhythmic and cyclical evolution of the year. I read an article about the declining British rain-forests and I was astounded and delighted to find out that not only did we have rain-forest in the UK but that I had visited this magical place several times at ‘The Great Wood’ on the shores of Derwent Water in the Borrowdale Valley. So I explored this truly magical environment and reflected the flora and fauna that is present through the eight seasons of the year.