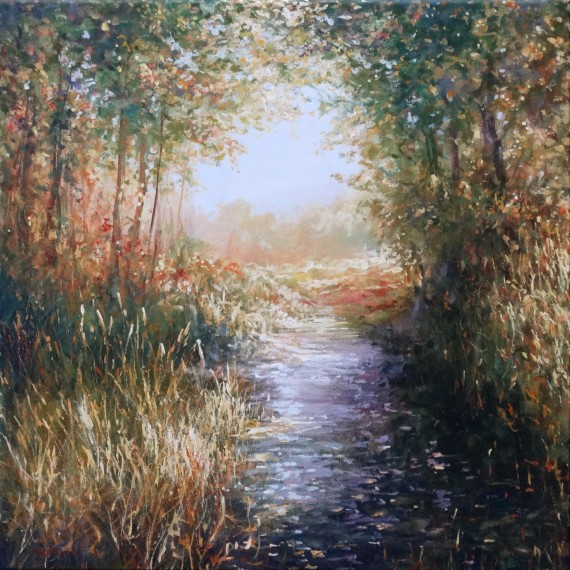 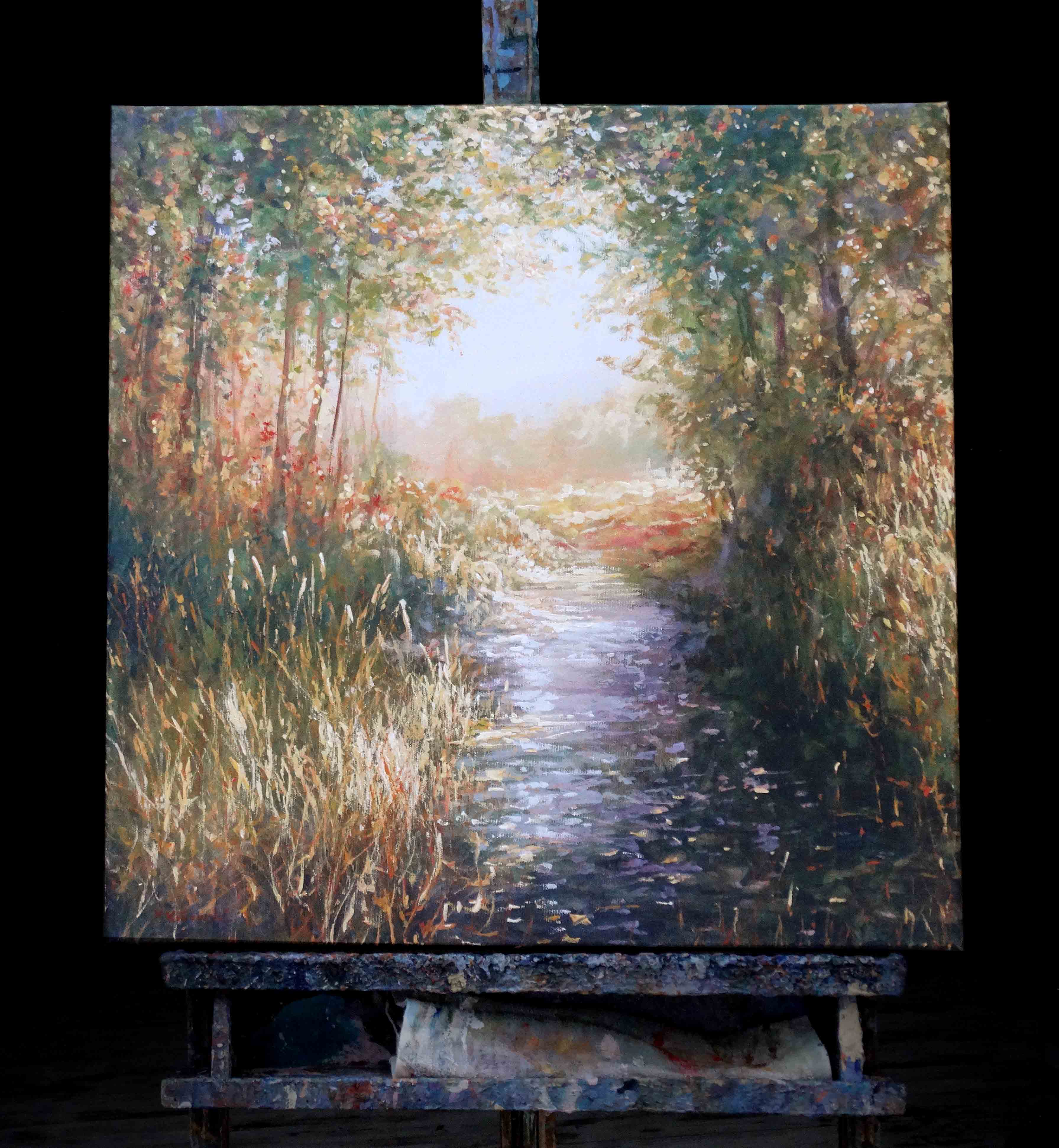 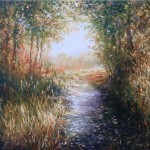 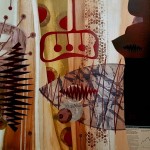 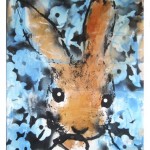 Mariusz An atmospheric and impressionistic depiction of a forest stream by a National Trust resident artist. Painted in acrylic on canvas with the painting continuing round the edges, ready to hang.