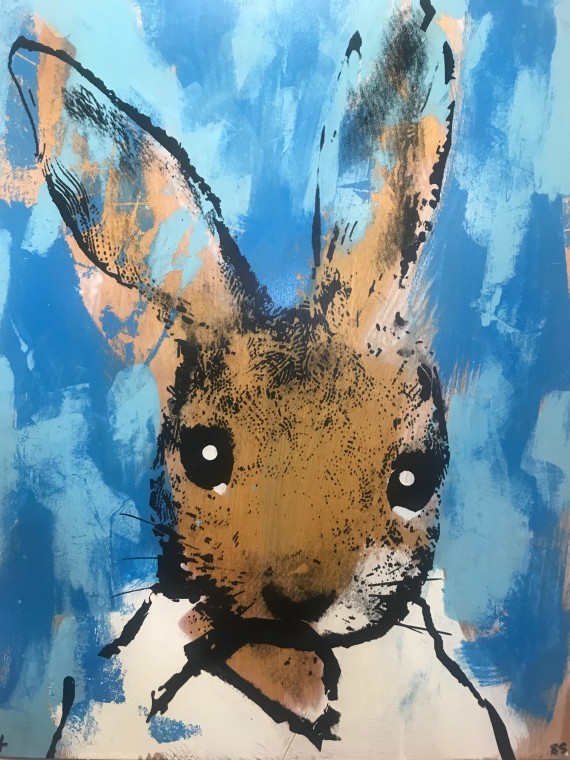 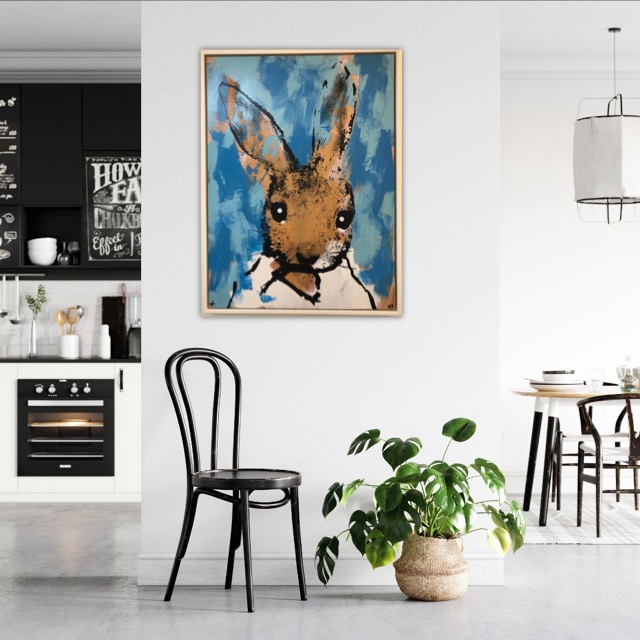 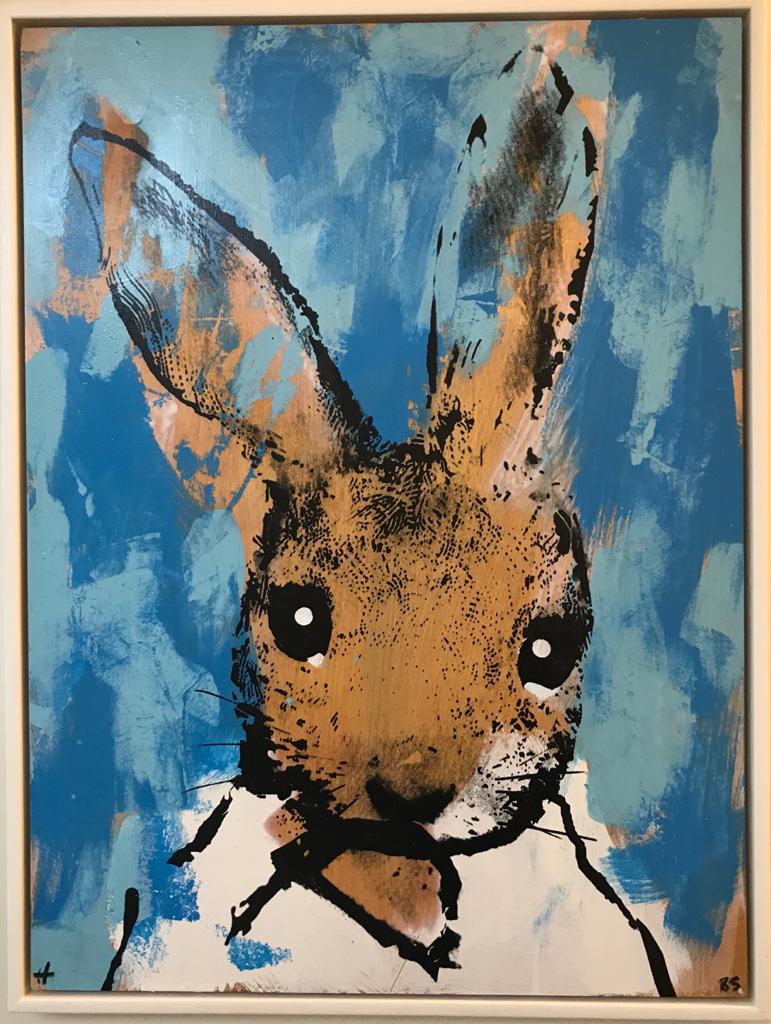 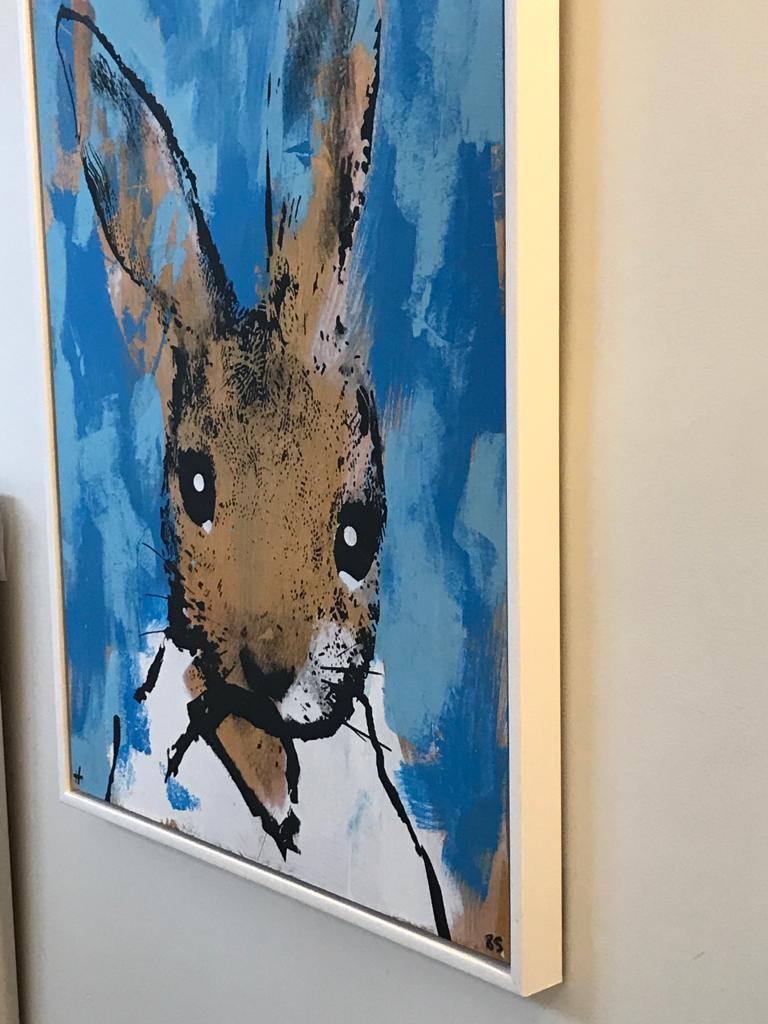 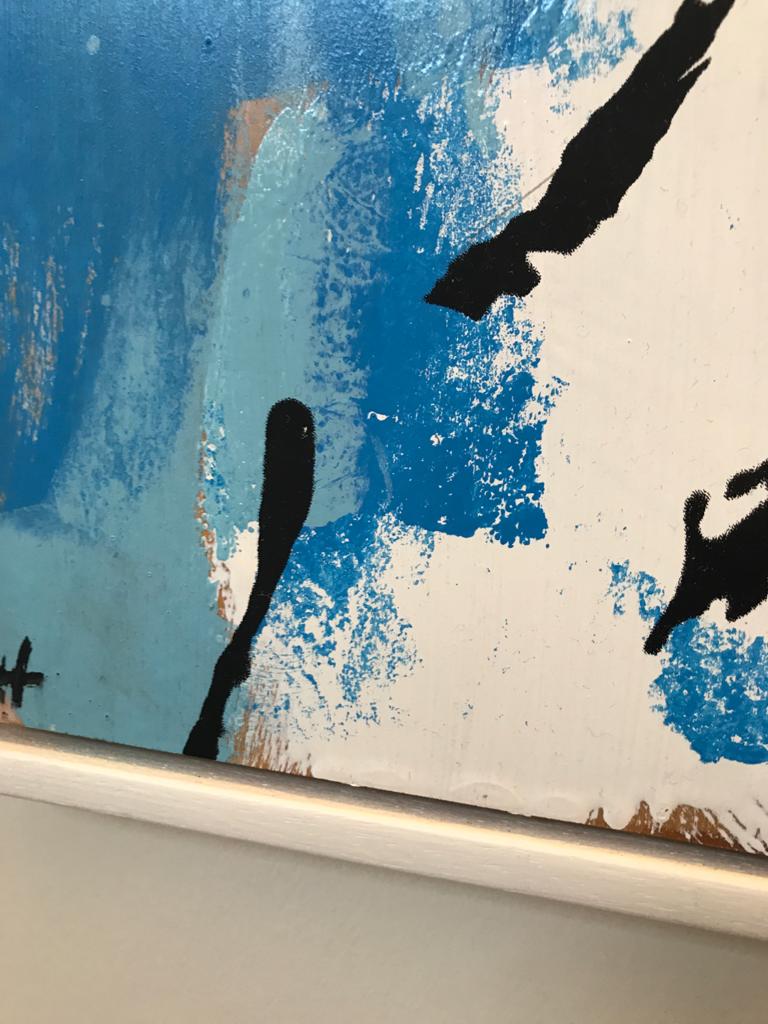 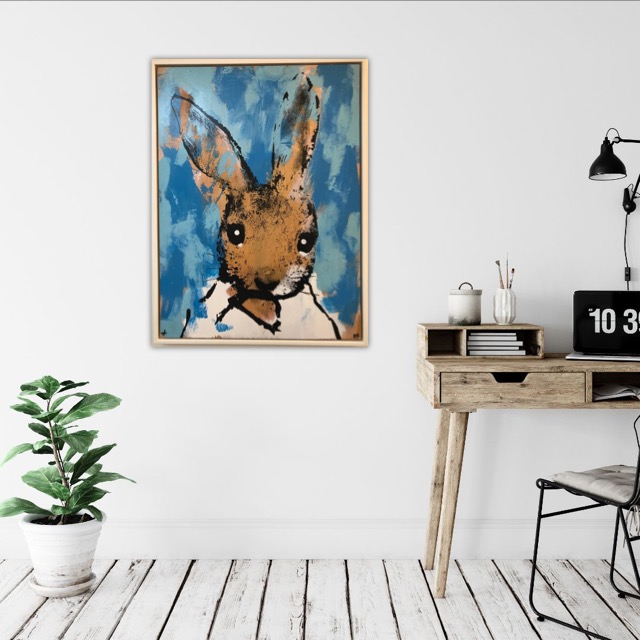 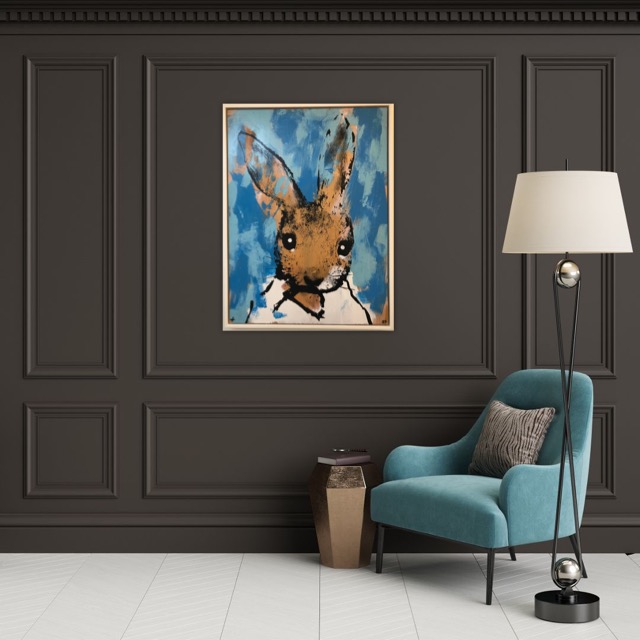 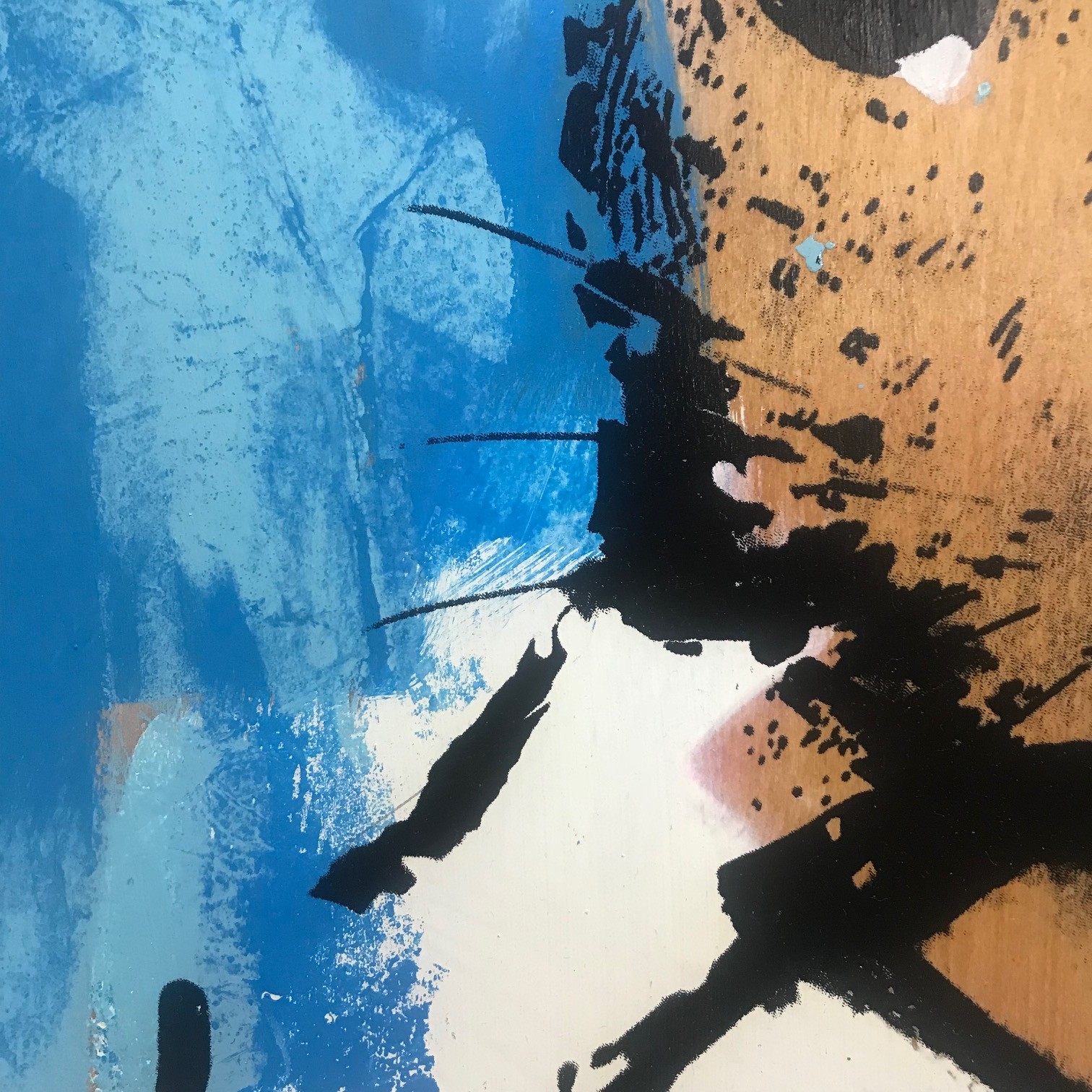 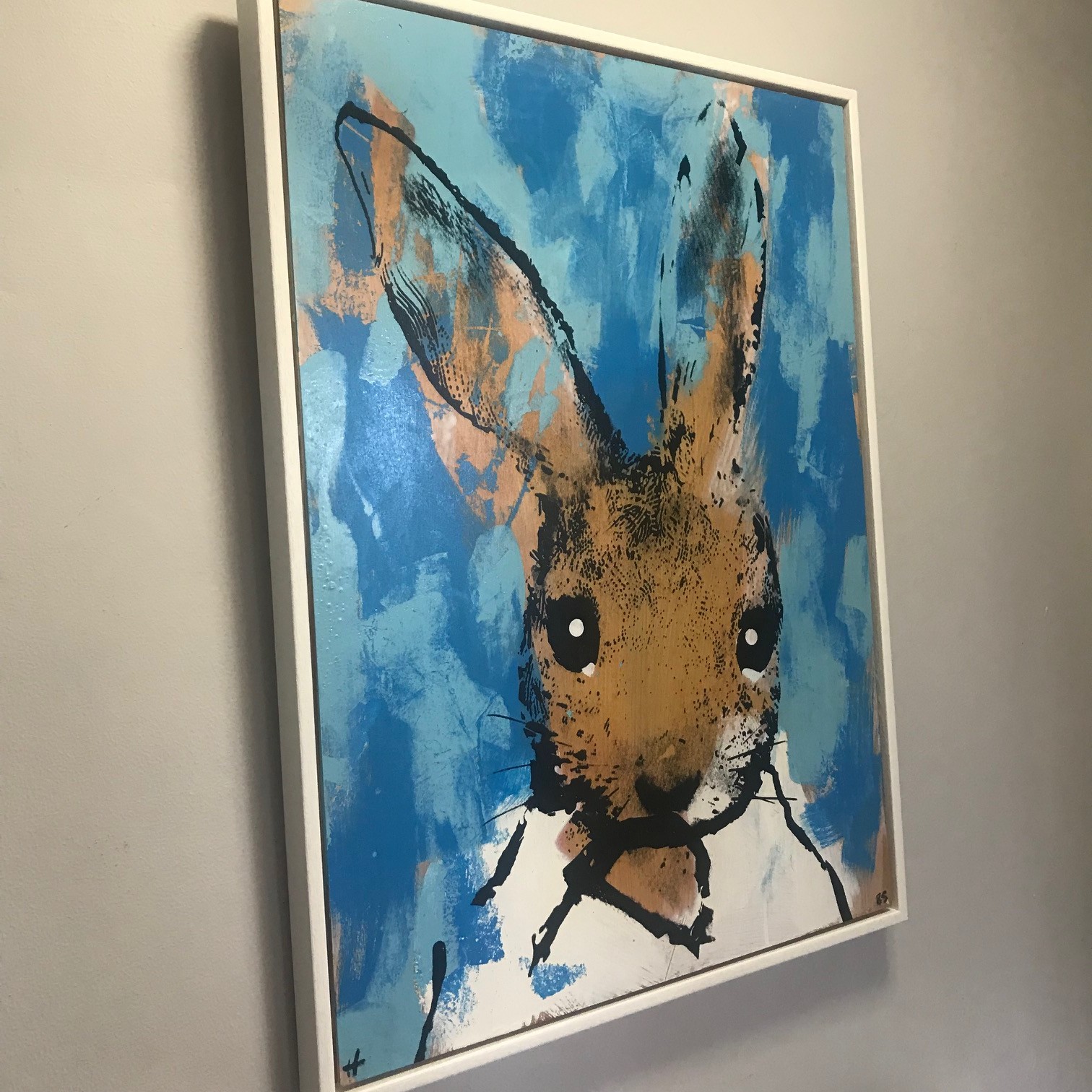 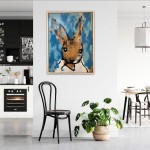 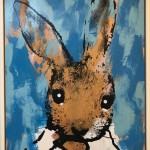 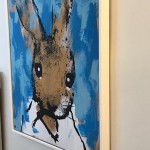 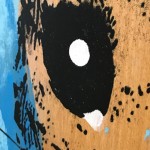 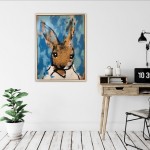 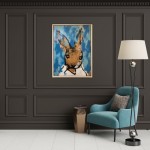 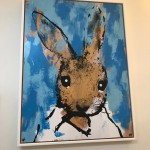 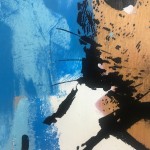 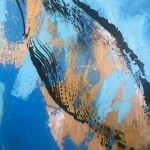 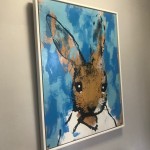 Sorry…#85 is and original painting by Harry Bunce. The use of mixed media and bunny rabbit is typical of Bunce’s work.