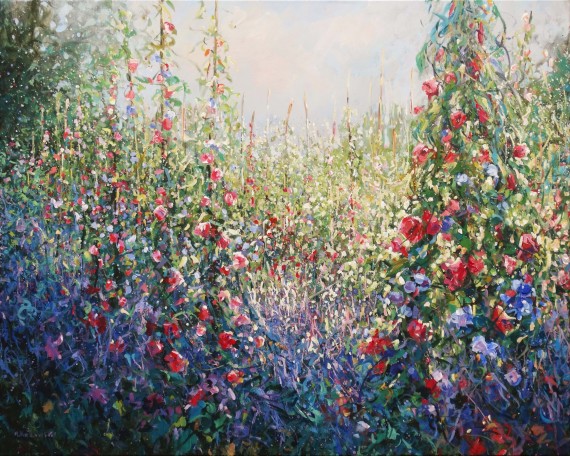 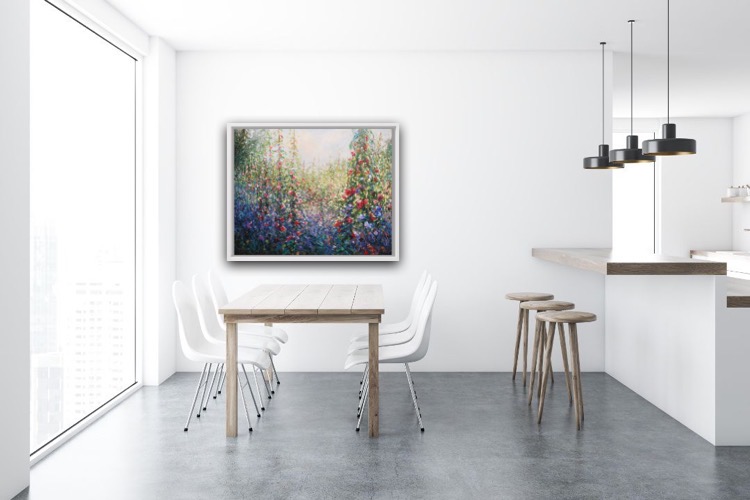 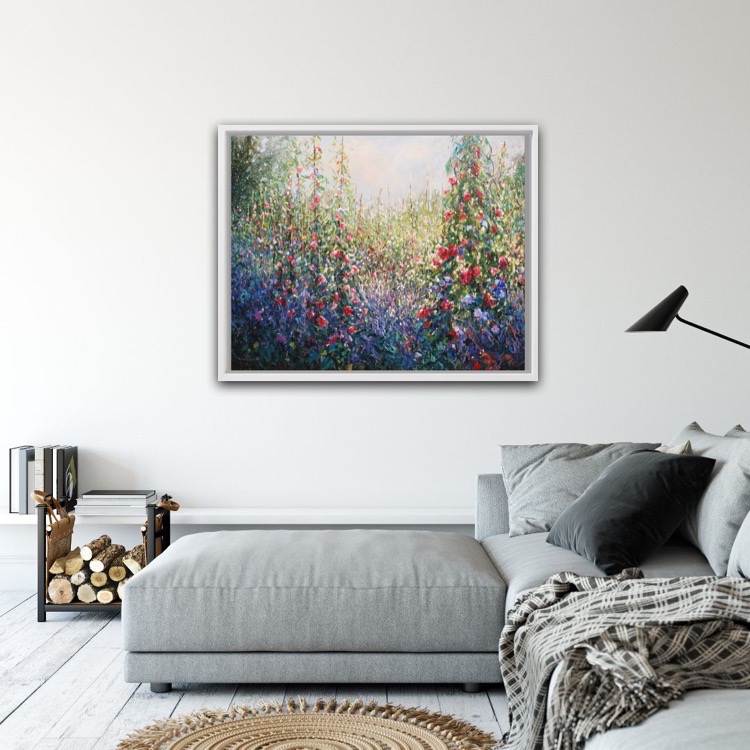 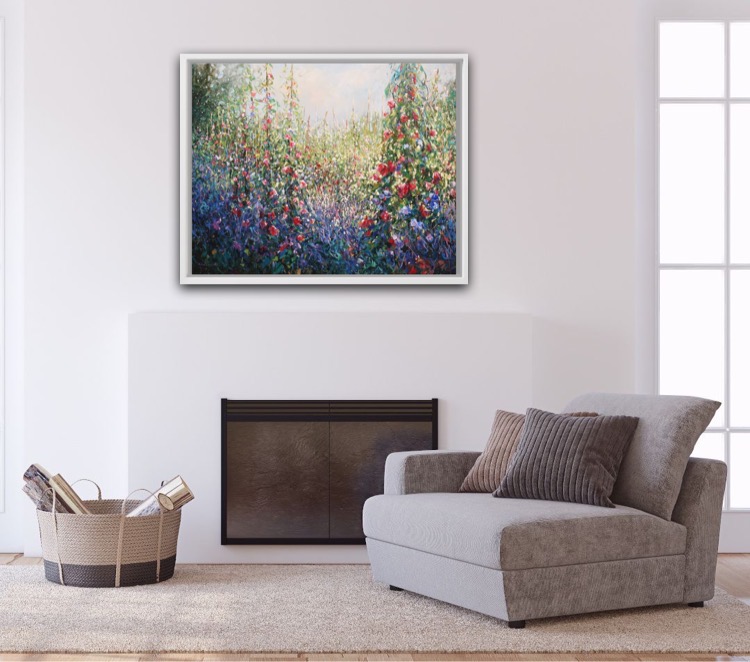 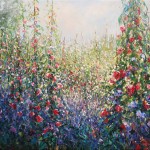 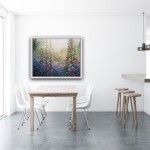 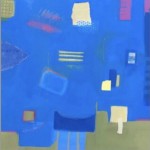 Cottage Garden is an original painting by Mariusz Kaldowski. An impressionistic beautiful depiction of sweet pea flowers against a cottage garden. The painting continues round the sides, as shown, ready to hang.

In 1987 he graduated with an MA from the Academy of Fine Arts in Krakow. He is a painter, a print maker and a graphic designer. Currently shares his life between Westcliff-on-Sea, Essex and his studio hideway in Poland. Since coming to the UK in 1996 he has been busy creating, exhibiting and selling his work. From 2002 to 2013 he was an Artist in Residence in Regent’s Park; and since 2009 he has been working with the National Trust as their resident artist for the South East region. His links with the National Trust remain very strong with a new exhibition coming up in 2017. Mariusz says, “Both these appointments have been a joy to me, and both have broadened my horizons and my outlook beyond measure. This country has always shown a practical interest in the arts, and I know that well. But to see it exercised in the everyday world leaves me very appreciative of the openness I’ve encountered here.” For a number of years, Mariusz has been creating paintings illustrating classical music. In 2000 he completed a frieze (22 metres by 1.5 meres), entitled ‘Four Seasons, Four Stages of Life’, as a visual expression of Vivaldi’s music. This frieze is shown life as part of the classical performances of the Polish National Radio Orchestra and has been featured on Polish National Television. Following this he has completed four further parts to this frieze to Piazzolla’s version of the Four Seasons, and was commissioned to prepare a separate triptych to commemorate The Year of Chopin in 2010, shown on stage during recitals by prominent pianists. Recently he completed a large painting to the Mussorgsky’s “Pictures from an Exhibition”. His view of the natural world was recognised by the Award for ‘Expressing the Essential Spirit of Holland Park’. He has also received other numerous awards: 2006 – Main Prize Winner – editor’s choice of ‘The Artist Magazine’, and in the same year the Nina Hosali 1st Prize of the Free Painters & Sculptors Society. Other prizes include: Winsor & Newton, Pro Arte, Caran D’ache and Royal Talens.