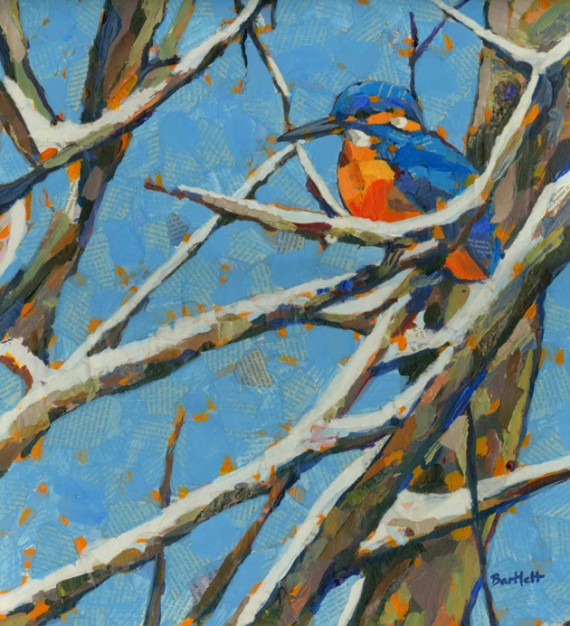 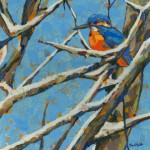 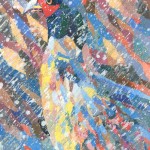 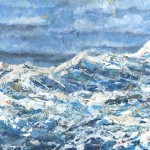 A mixed media piece of a kingfisher patiently waiting on a branch for an unsuspecting fish to swim below. The painting is constructed using a combination of acrylic paint and paper ripped from recycled nature magazines. Paul Bartlett is a highly acclaimed artist who has won many awards for his original depictions of nature which inform and educate the viewer on conservation issues.