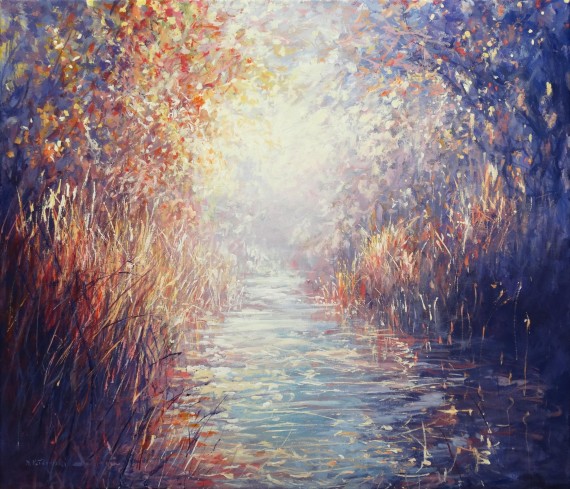 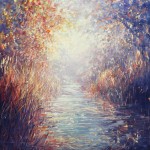 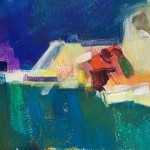 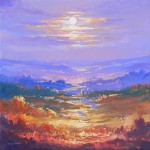 An atmospheric impressionistic vista of a a forest river.
This painting is available for viewing at Wychwood Art Gallery, Deddington.