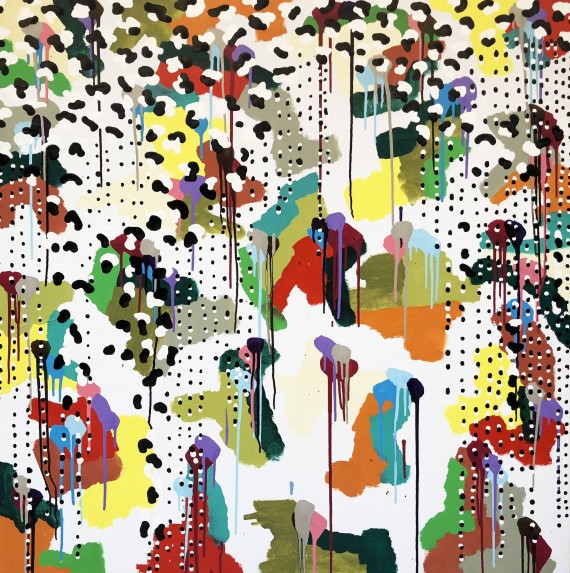 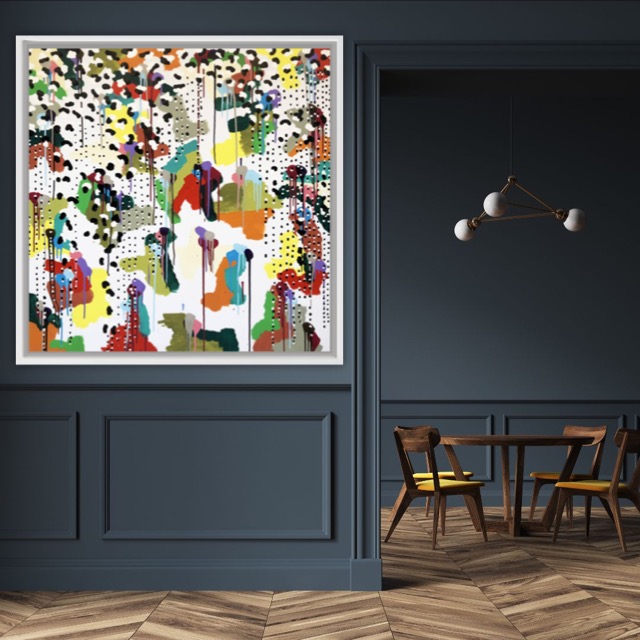 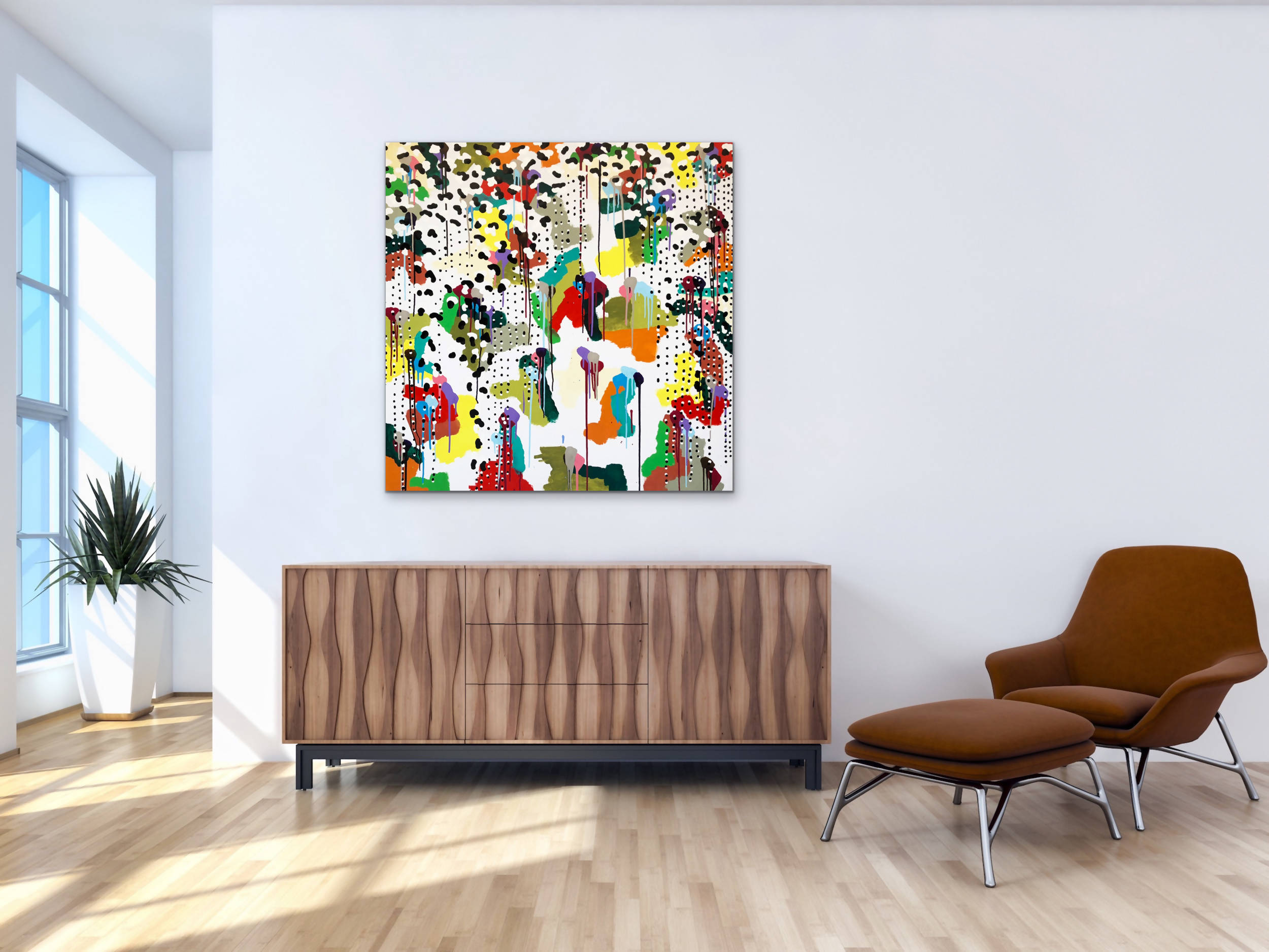 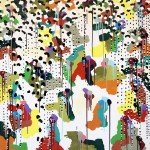 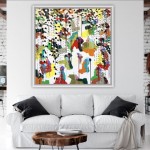 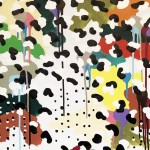 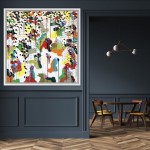 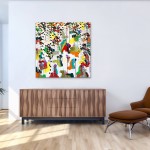 Click here to View all artworks by Robert Dunt 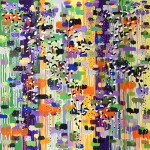 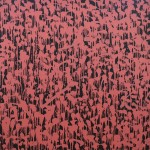 Winter Snow Distortion is an original painting by Robert Dunt. This is one of Robert Dunt’s “Distortion Form” paintings. These paintings are inspired by music, and in particular the band the Jesus and Mary Chain. Robert was influenced by paintings that explored colour such as the works by the artist Partick Heron who worked prominently in the 1970s. But he did not just want to recreate these paintings and so began looking at a way of using colour in a more contemporary context.
The Jesus and Mary Chain wrote pretty “Beach Boys” like pop songs but then covered them with noise and distortion and feedback. In a similar fashion Robert painted pretty “Patrick Heron” like paintings and then covered them with black and white “Distortion Forms”, a visual metaphor for the noise and distortion used by the Jesus and Mary Chain.
Though inspired by music these paintings are firmly rooted in the visual, and work on making original colour combinations. The paintings also reference the act of seeing, the freneticism of some sections of the paintings referencing visual experiences such as looking at, and through, the branches of tress as they shake in the wind. Like all Robert’s paintings the aim is to give the viewer greater visual pleasure of the world and the colours they see in it.
The title ‘Winter Snow Distortion’ refers to the cool colours and black and white Distortion Forms in the painting that can give the atmosphere of seeing snow fall on autumn and winter leaves.
Winter Snow Distortion, Robert Dunt, Abstract painting, original artwork, abstract painting, affordable art, large painting, colour, colourful painting, large oil painting

Robert Dunt paintings are available to buy online with Wychwood Art. Robert Dunt is an abstract/pop art artist who graduated from City & Guilds of London Art School (2004) with First Class honours. Robert Dunt paintings, prints and installations are inspired by music and explore the use of colour in a contemporary context. His practice has a rebel ethic that distorts art traditions in order to create surprising and original works: “Like putting Botticelli’s Venus through a Jimi Hendrix Fuzz Face distortion pedal.” Rebert Dunt has exhibited nationally and internationally. He has had several solo shows - Madonnas and Housemasters, Charterhouse School (2015), Break on Through, Waterloo Gallery (2004) and I Wanna Trip You Up, Covent Garden (2004). Selected group exhibitions include Alien Beauty, Vyner Street; Fun House, The Empire Bethnal Green; ArtTop10 Presents… , The Menier Gallery; Print Jam 2014, Art Bermondsey; Type 36, The Type Museum; Circus, The Empire Bethnal Green. Robert Dunt has been selected for the ING Discerning Eye, the Royal Academy Summer Exhibition, NEAC, and the Singer & Friedlander/Sunday Times Watercolour Competition. He featured in a TV advert for TD Trading airing on Sky News. His work is held in numerous private collections. Robert qualified as a barrister and worked as a journalist before studying at City & Guilds of London Art School. He has also curated numerous art exhibitions including Print Jam 2014, an open submission print competition held through the art review website ArtTop10.com which he runs. Robert Dunt currently lives and works in London