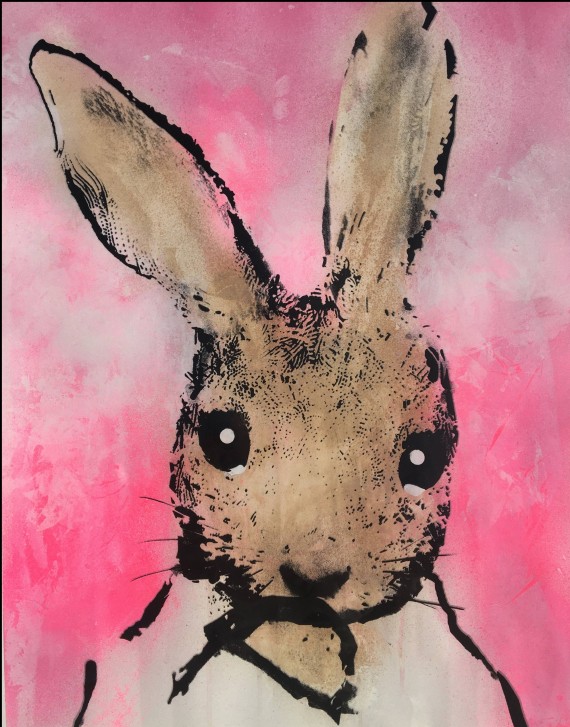 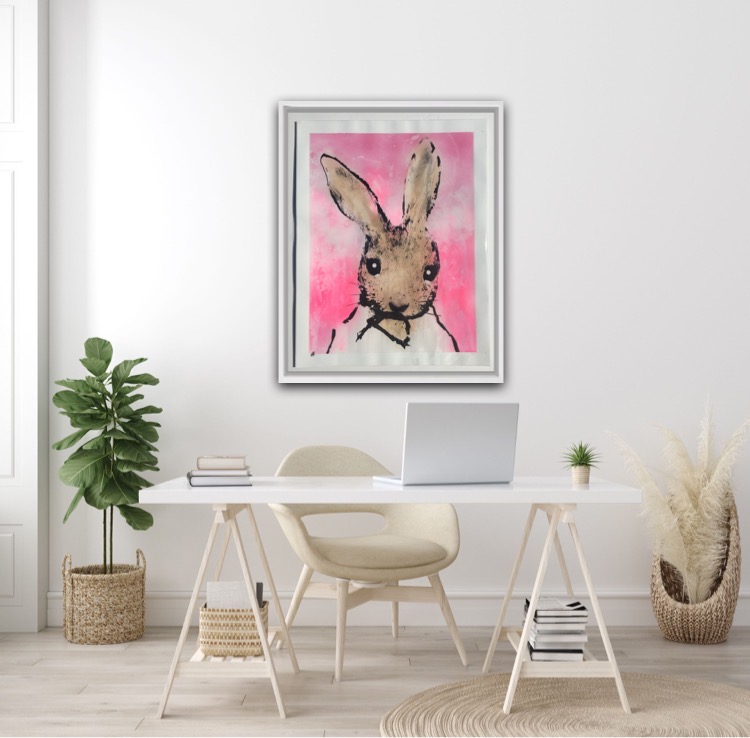 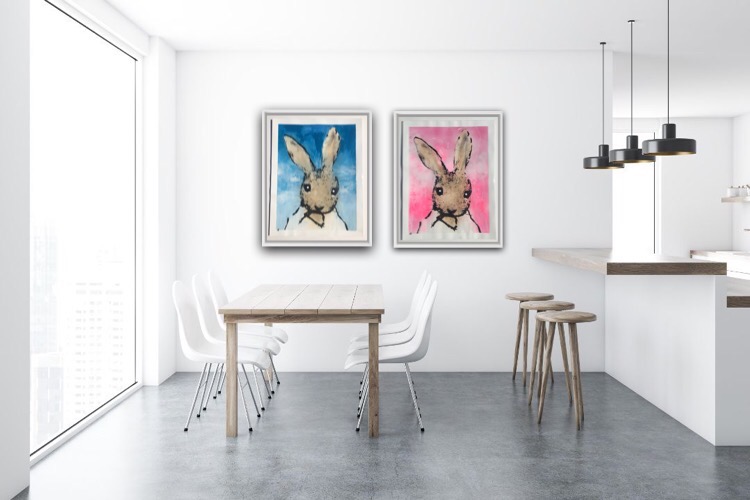 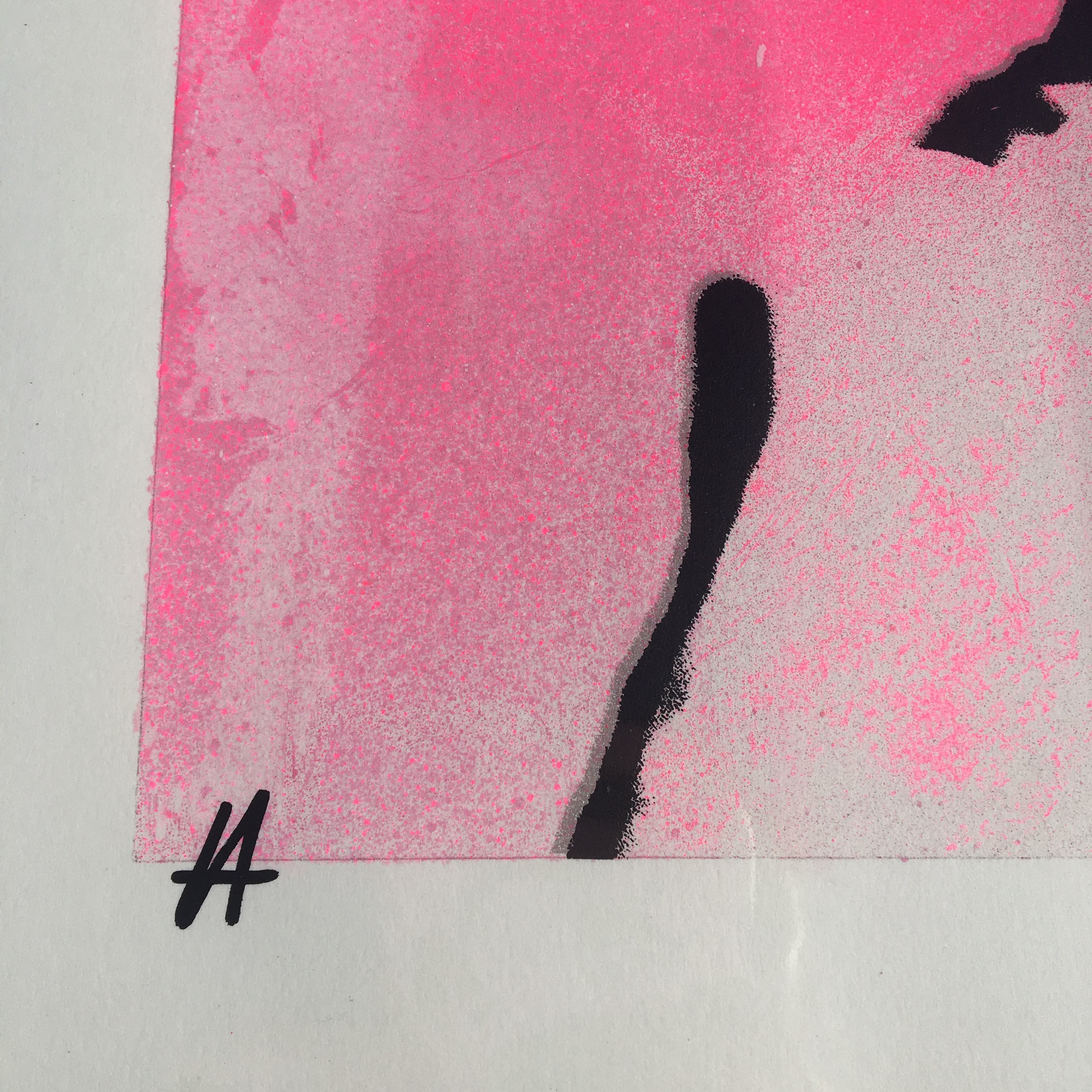 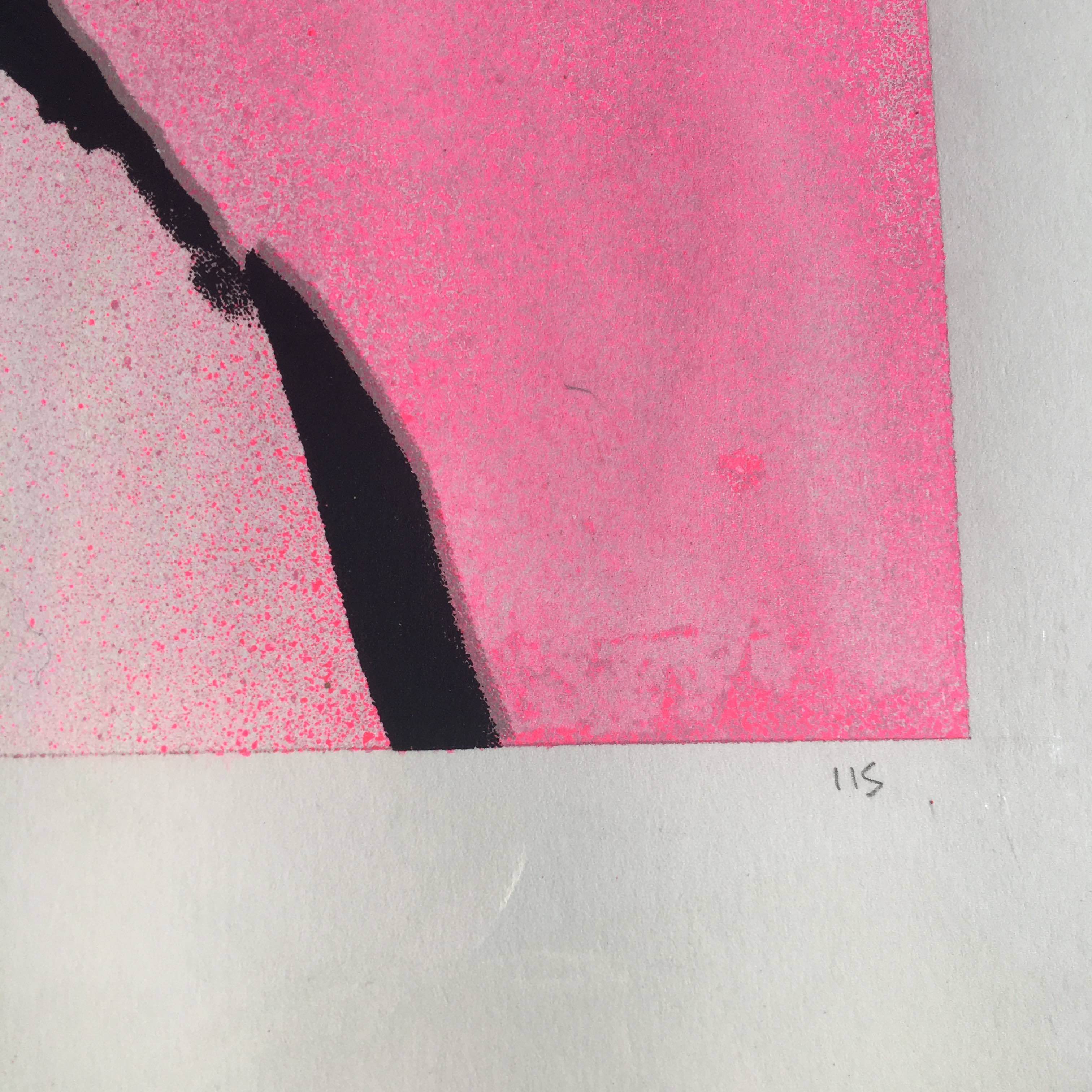 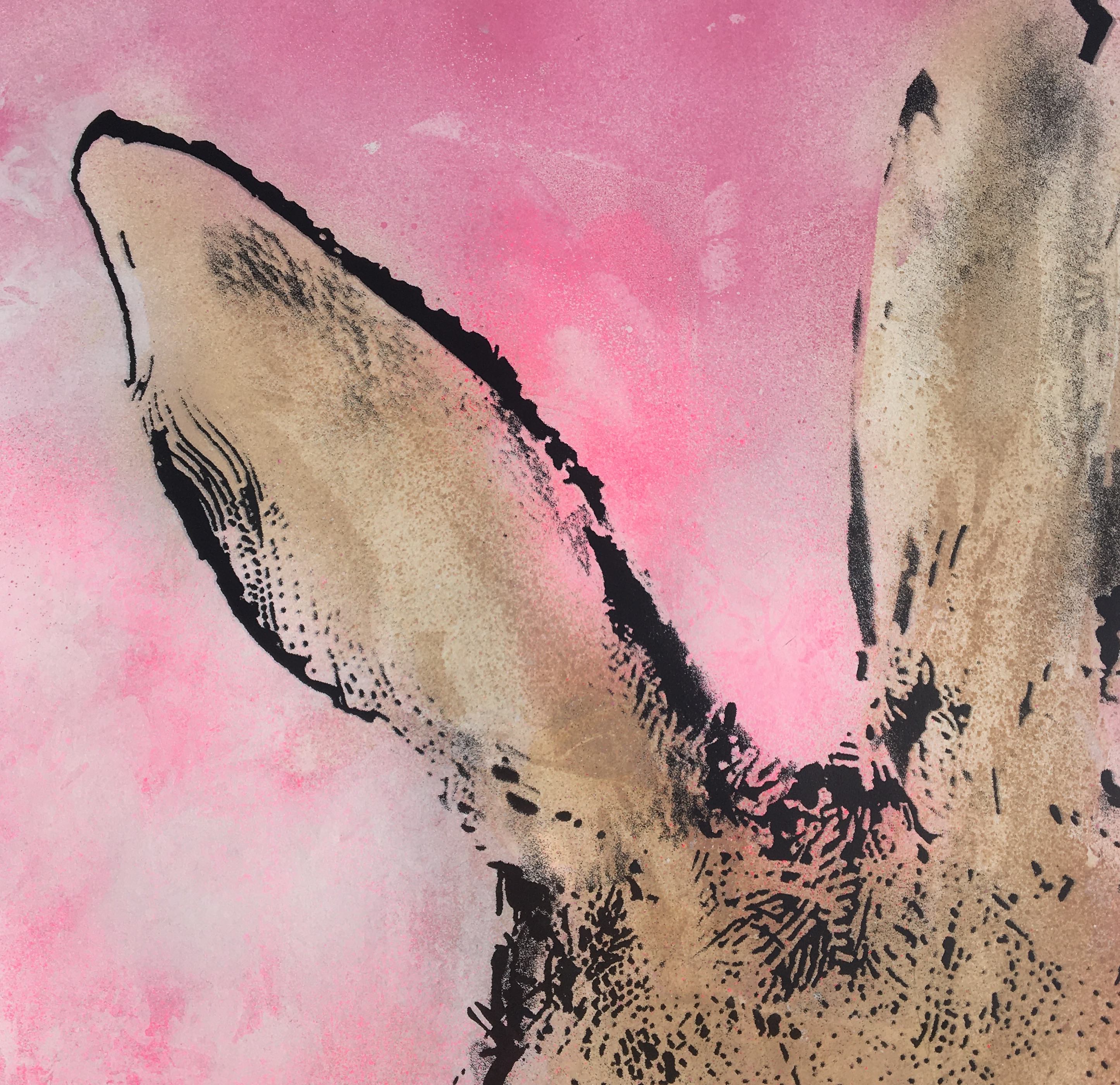 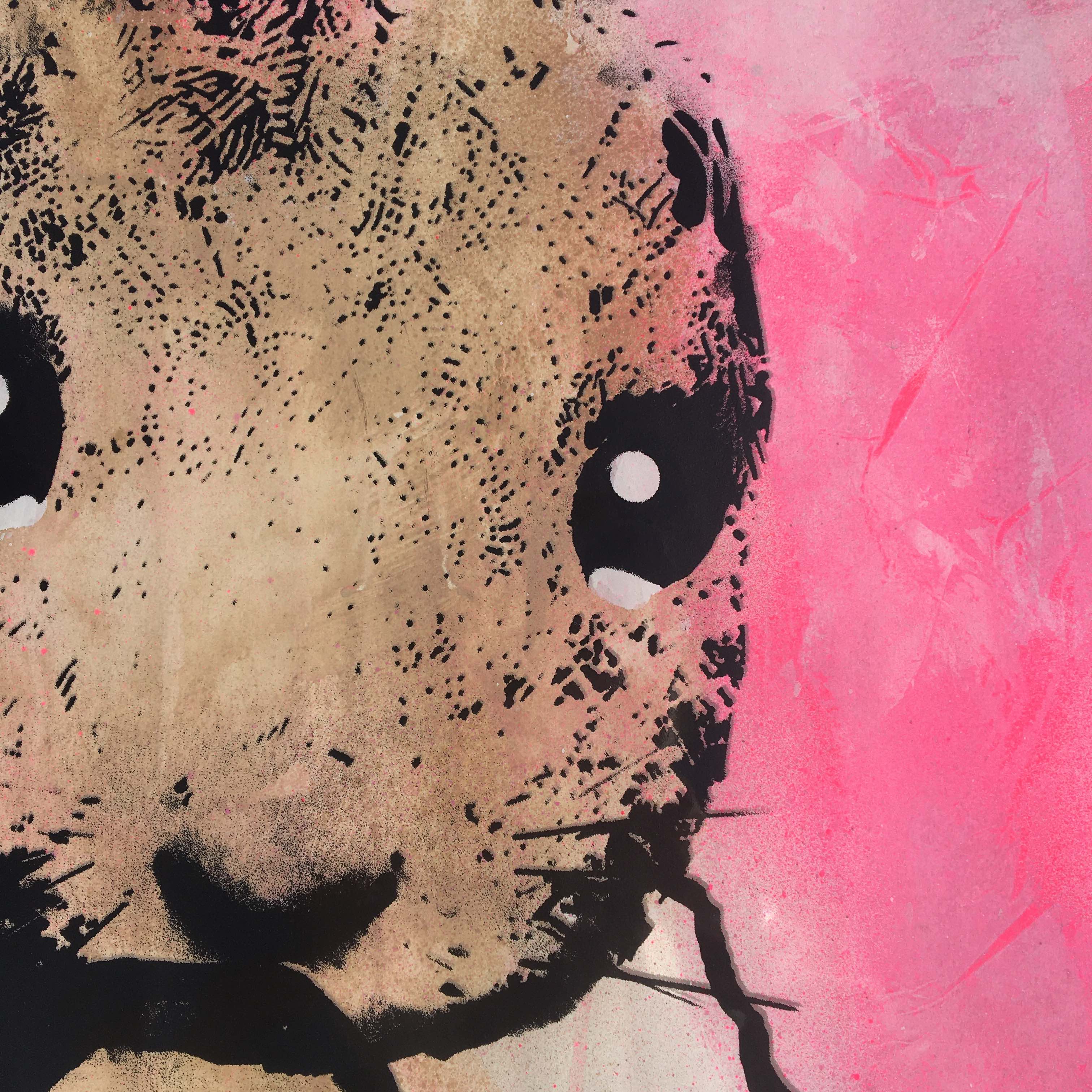 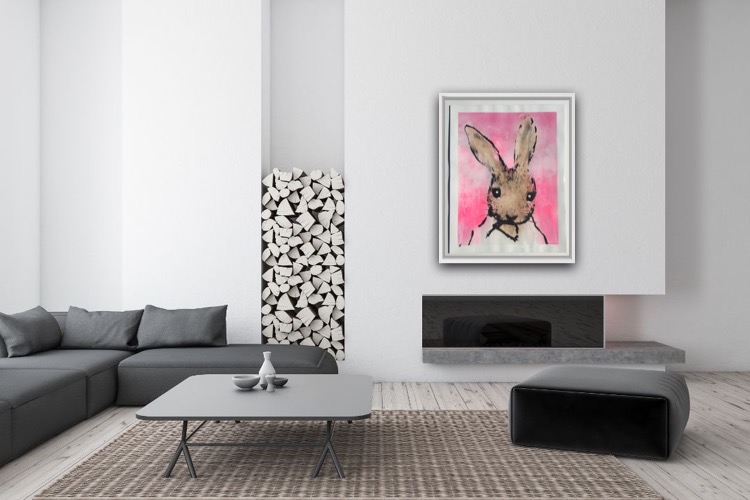 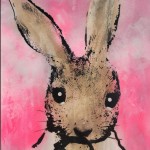 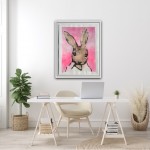 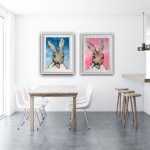 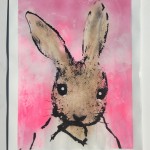 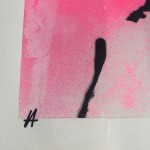 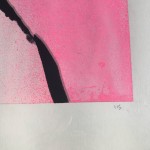 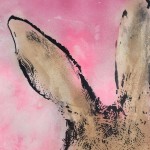 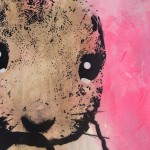 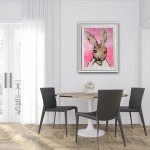 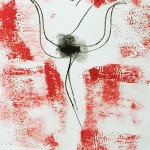 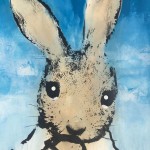 Sorry…#115 is an original mixed media street art painting by Harry Bunce. The use of mixed media and bunny rabbit is typical of Bunce’s work and focusses in on the concept of conservation. The bright pink brings a fresh feel to the piece as if change is in the air.

The work sits particularly well and is pictured with Sorry…#109.