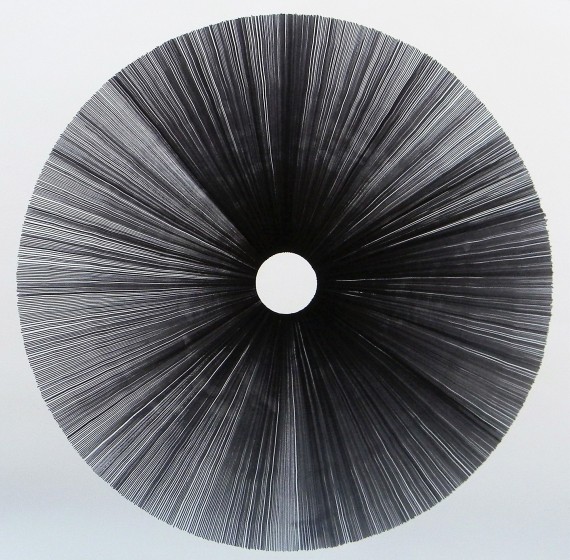 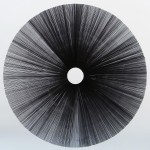 Click here to View all artworks by Nigel Bird

‘Stone Marker’ By Nigel Bird is a drawing about a stone which marks the highest part of a road close to where he lives in France. The ways in which the drawing was made was partly influenced by the pattern of wild grasses which have grown arond the stone. This was made using pen on paper and it will be sent folled in a secure tube.

Nigel Bird has wonderful artworks for sale online and in our art gallery. Nigel Bird Studied Fine Art (Sculpture and Printmaking) at Loughborough College of Art and Design in September 1976 to July 1979 and gained a Post Graduate Certificate in Education at the Leicester Polytechnic School of Education and Research in September 1982 to July 1983. Nigel Bird then went on to teach Art, History and Photography at GCSE, Advanced and Degree level before becoming a full time artist in 2006. Nigel Bird’s studio is based in France. Much of Nigel Bird’s work originates from Landscape and the natural environment; Nigel’s recent work being as much to do with the process of making as it is about what he sees, hears, smells, tastes, feels or touches. The content of Nigel Bird’s work is in the form, is in the nature of the making and the nature of the stimulus that informs the method of making. He does not use colours; he believes they are a distraction. Instead Nigel relies upon using the raw innate colour of black pastel, charcoal, carbon deposits, Indian ink and water. Nigel Bird is influenced by vast open spaces, the sound of the natural environment, such as the weather, like the feeling of heat from the sun or the sound of the wind. He is also influenced by the landscapes he sees, being the corroded/eroded lands, the flowing of water creating reflections and sounds and the cracking of fire. Nigel witnessed bushfires in Australia lit by the indigenous peoples of the Norther Territories (1996) which sparked inspiration for his works with the small and shapes and forms of the smoke, then leaving behind patterns in the ashes, creating inspiration for the artist, Nigel Bird. He enjoys the sound of the “Making.” To discuss any art works by Nigel Bird, please contact Deborah Allan on deborah@wychwoodart.com or call 07799 535765 / 01869 338155.