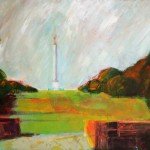 Blenheim – View to the Monument 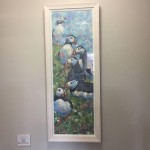