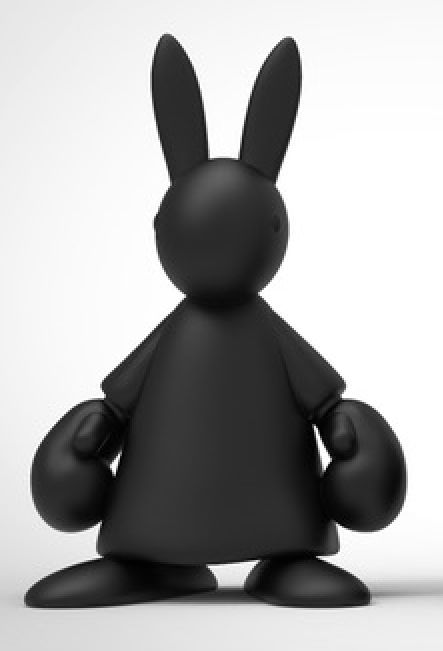 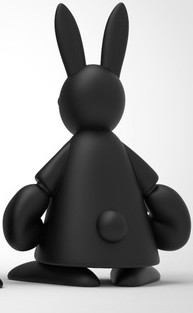 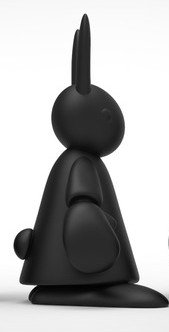 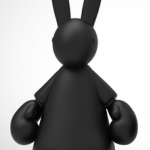 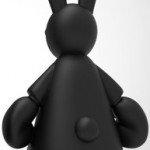 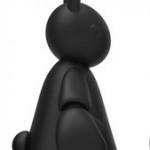 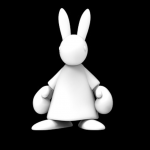 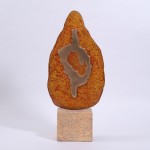 Coney – Palooka – Soot is a limited edition sculpture by Harry Bunce. Coney is another name for rabbits and a Cone is the shape he is based upon. He always has a tear in one eye. I hope there will be a range of Coney characters but for now there is ‘Palooka’, he stands stands 8” tall to tip of ears and 5” wide glove to glove.  Handmade in Britain. Each figure is made of 6 cast resin sections and is painted, signed and numbered by myself. Each figure comes in unique tubular packaging.