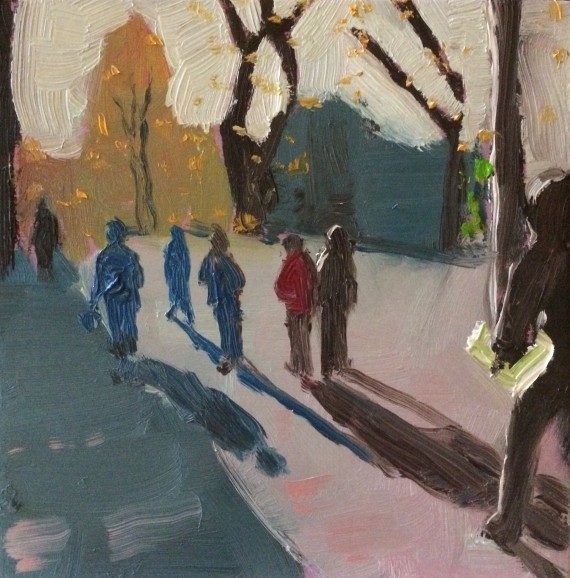 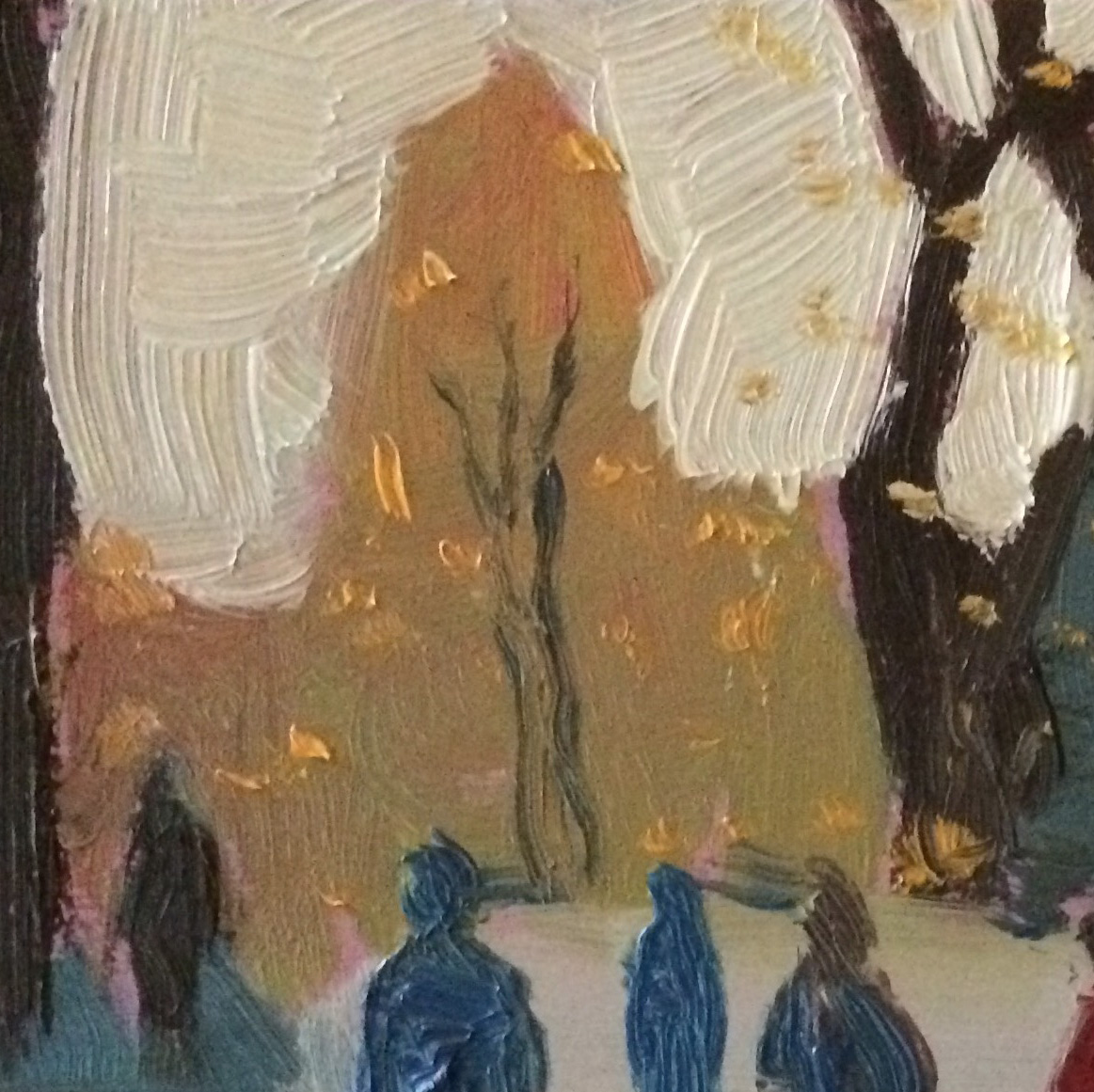 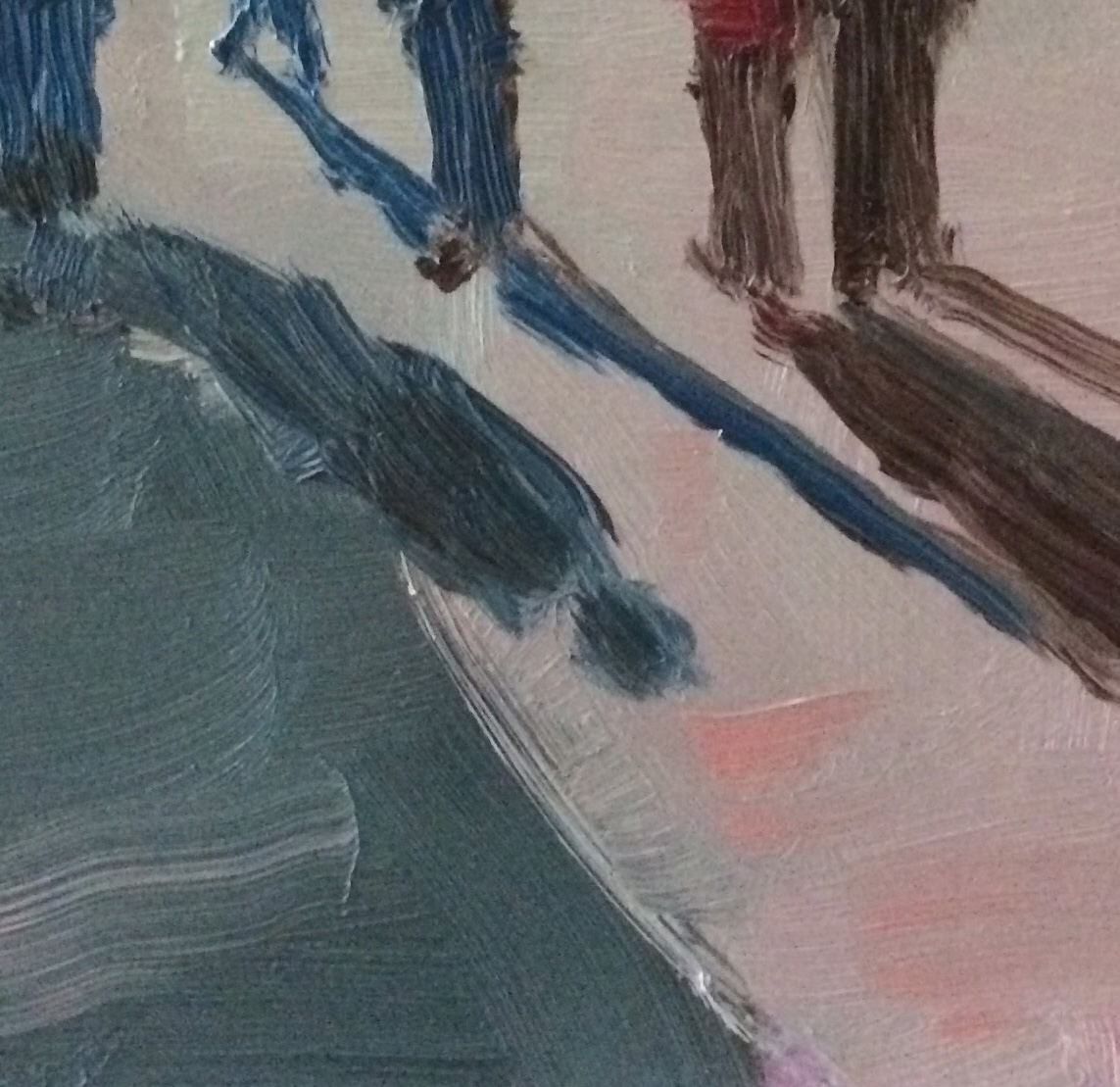 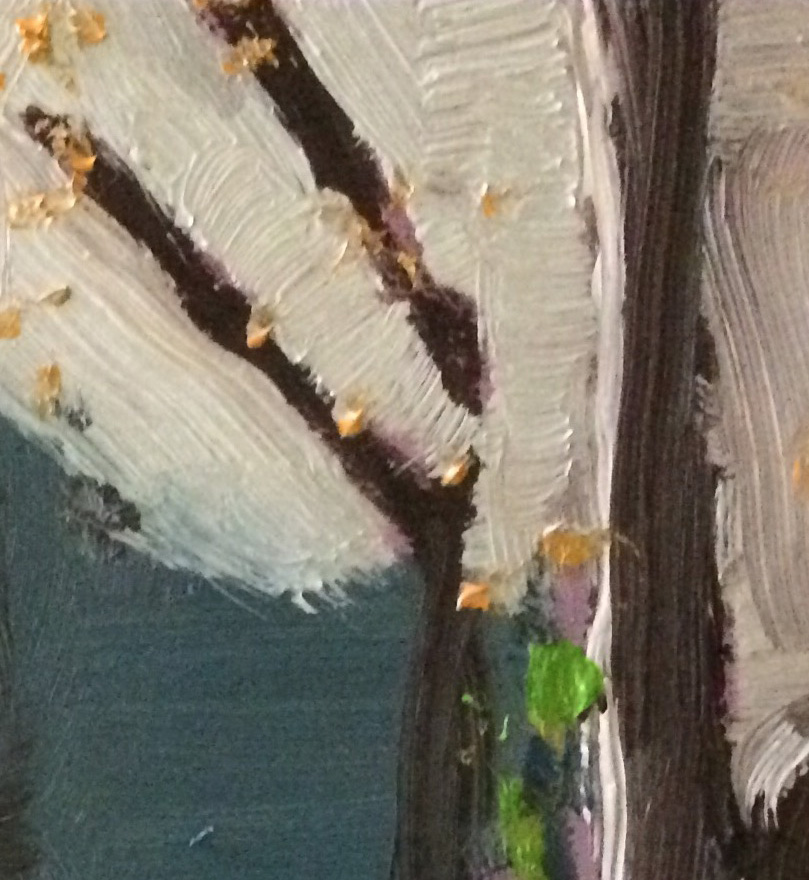 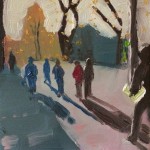 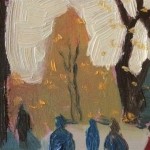 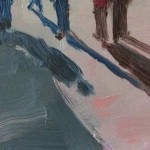 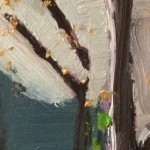 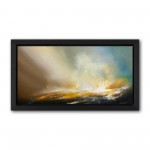 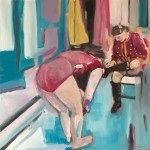 Winter shadows is an original oil painting by Eleanor Woolley.

This paining shows the play of light on a sunny winters day, when the shadow stretch and brush past each other.
I love this time of year when the sun is low, the shadow of one person touches that of the next as they walk by. The sun bleaches the pavement and makes stark contrasts between light and dark.
This painting was first sketched at Cheltenham Promenade and then painted in the studio.

Original Oil painting on gesso board.