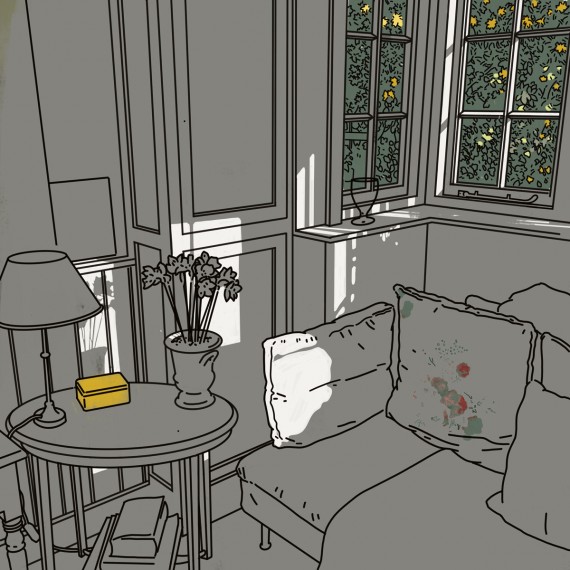 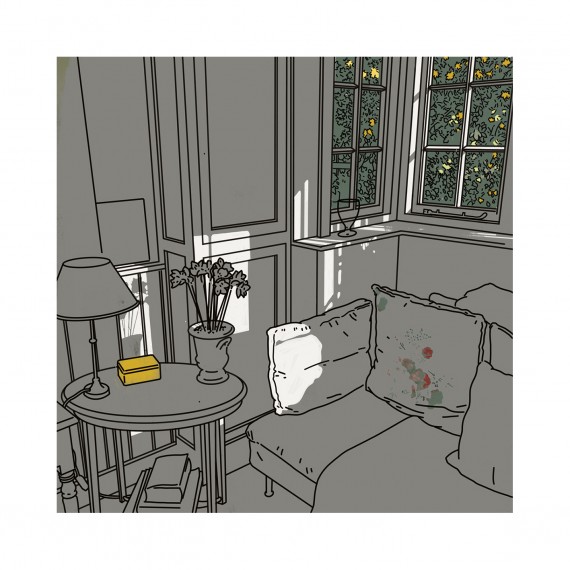 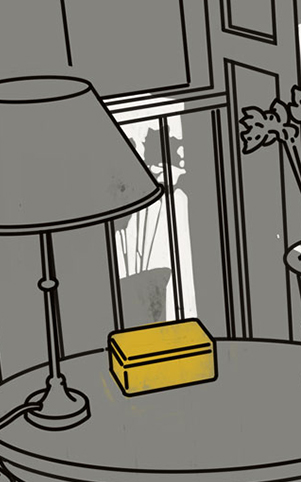 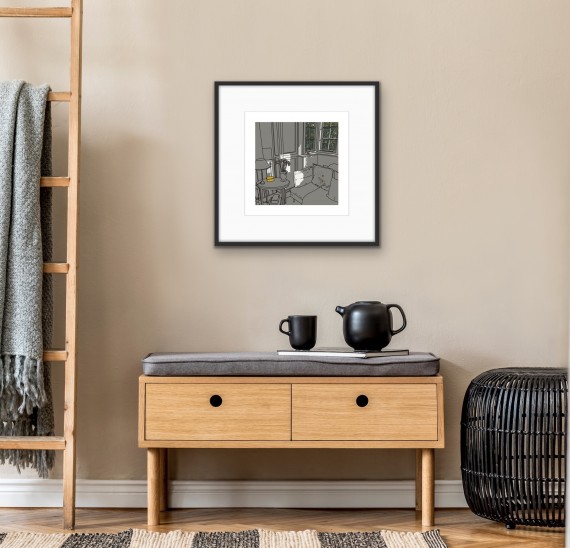 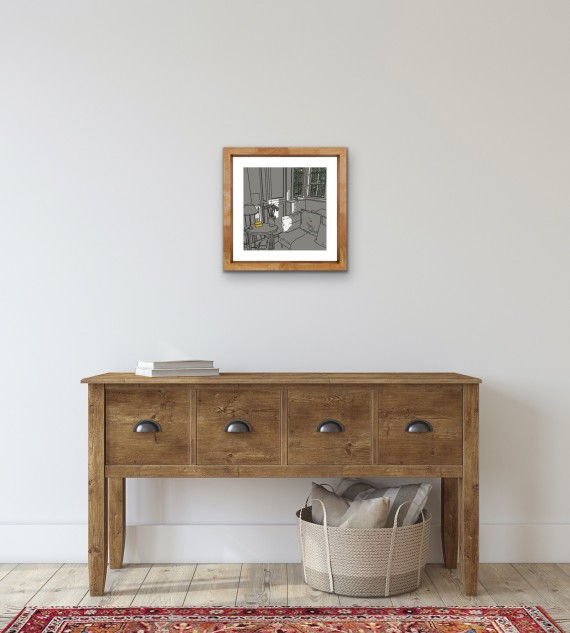 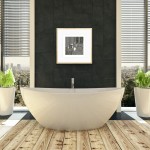 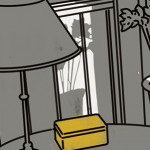 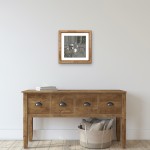 Click here to View all artworks by Johnny Bull

One of my first in a series of Chasing Shadows prints. Low sun blasting intothe room, hitting bits of cushion, the little table, giving everything a perfect silhouette, never to be repeated,

Johnny Bull, artist, is available for sale online and in our art gallery at Wychwood Art. Johnny Bull studied graphics at Canterbury, and left as Alice Cooper released School’s Out. It was a great time to be there; Ian Dury was teaching Fine Art and forming Kilburn And The Highroads. My soul mate there was Geoff Appleton, a fantastic talent, who went on to be a much in-demand illustrator. I then worked for a frantically busy design company in Chalke Farm, producing record sleeves and posters for Island Records, and Roxy Music was the band of the moment. I’ve always loved music, and jazz is a great subject to illustrate. Post war American Jazz is still fascinating and mysterious. When I stopped being a designer in 1990 I started to paint my musical heroes; I exhibited as part of the Soho Jazz Festival, and had a couple shows in Birmingham. For ten minutes I was Britain’s best-known jazz painter. I’ve always combined the two careers: design and illustration. I went through a spell of producing extremely colourful prints of people, using treated photographs in montage form as part of landscapes. I called them Peoplescapes, making the figures who inhabited the scene to rival the landmarks. I produced several for a cruise liner. I used Photoshop a lot. I worked it to the bone. I’ve made so many illustrations using it, but now, my main squeeze is the Apple Pencil and the iPad Pro. The programme I use is Procreate; it’s a wonderful tool. I started using David Hockney’s Brushes software, but found it a bit crude. I’ve produced lots of book covers using the ipad. One brief suggested a Patrick Caulfield illustration style, and I found I could fashion a brush to produce a dead flat line, completely without character. I was delighted with the result, and before long I was making images that had lots of dramatic shadow that fought against this deadpan line. They worked really well. Then I was tempted to make drawings of fussy, opulent clubs and restaurants. I called the series There’s A Place. The line had a way of not being seduced by the textures and reflections; it just sort of caricatured them. My next project will be to produce imaginary jazz clubs, which was an idea I had a few years ago, and I hope create ambiguous interiors made up from various sources. This could be as close as I get to producing jazz: improvising, trying to get some sort of balance. I think they may make a series called Like No Place On Earth. To discuss any of Johnny Bull's works for sale please call 07799535765 or email deborah@wychwoodart.com