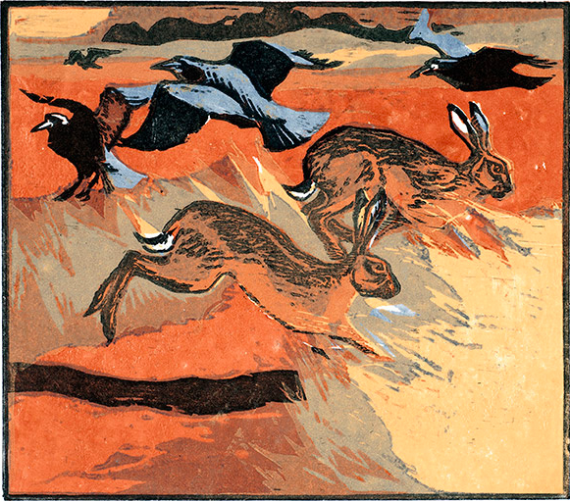 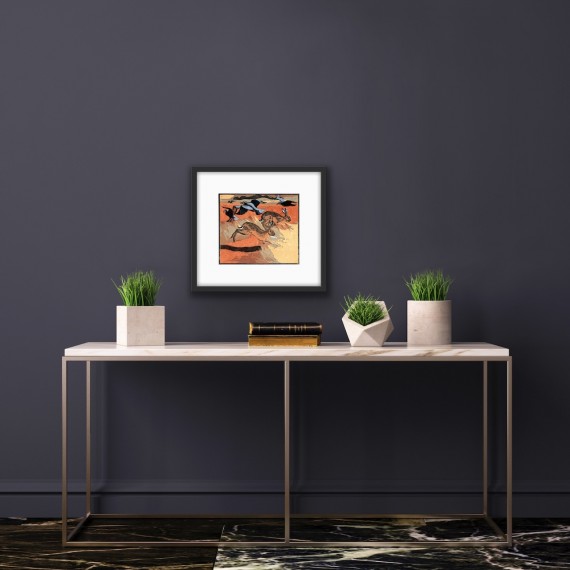 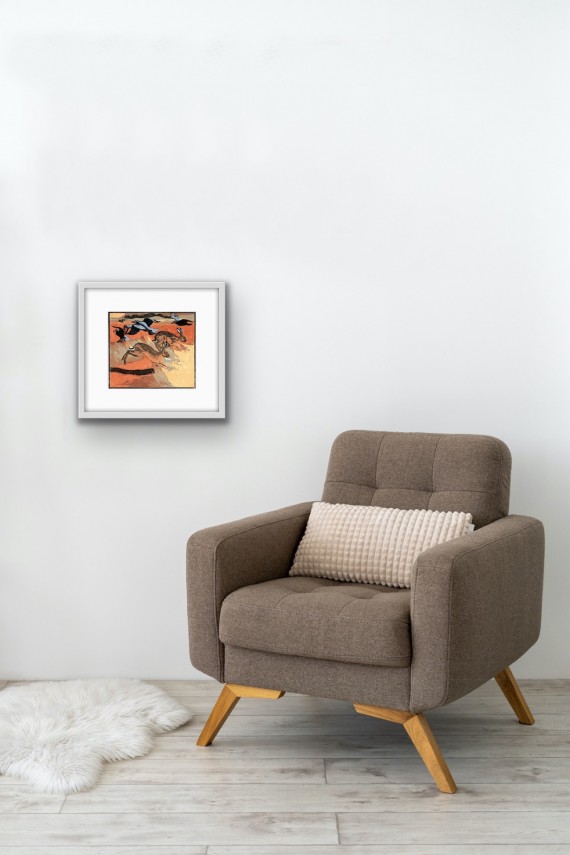 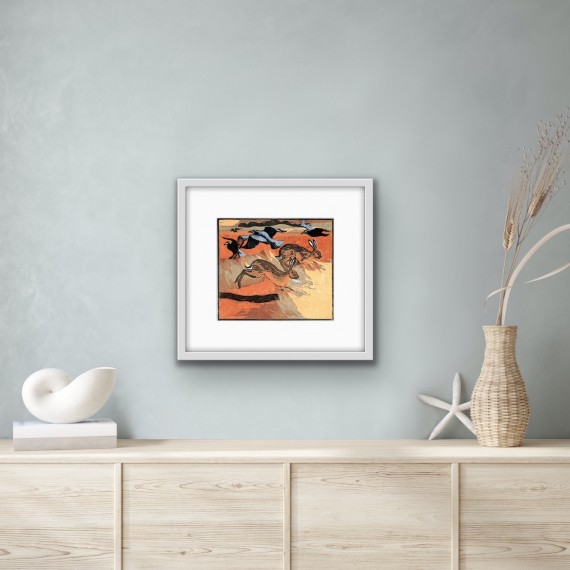 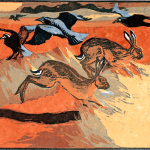 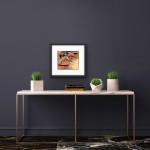 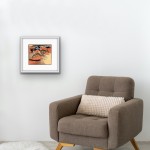 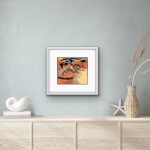 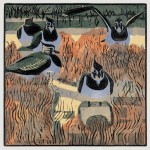 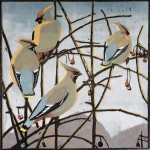 Hares & Rooks II is a limited edition woodcut print by Robert Greenhalf. The rich orange, brown and yellow palette is enhance by the black crows and contour lines, creating movement in the piece.