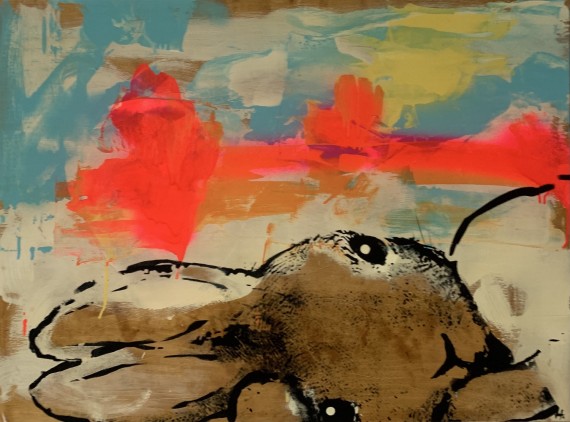 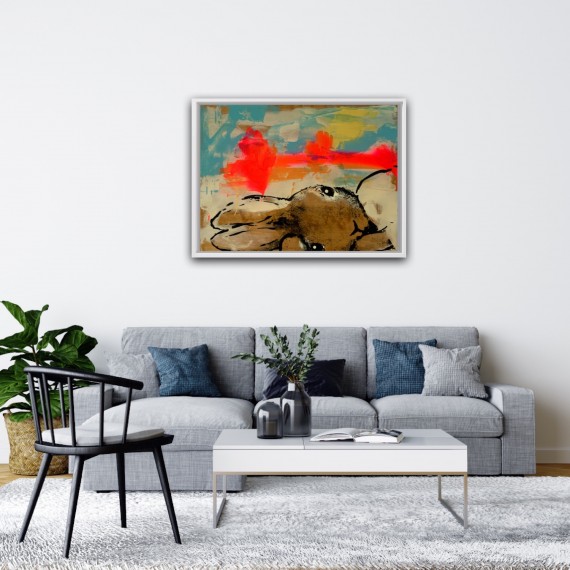 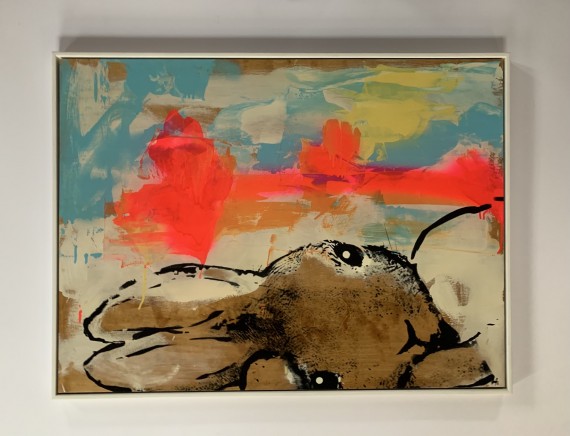 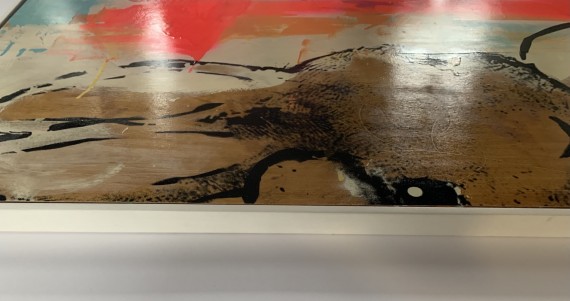 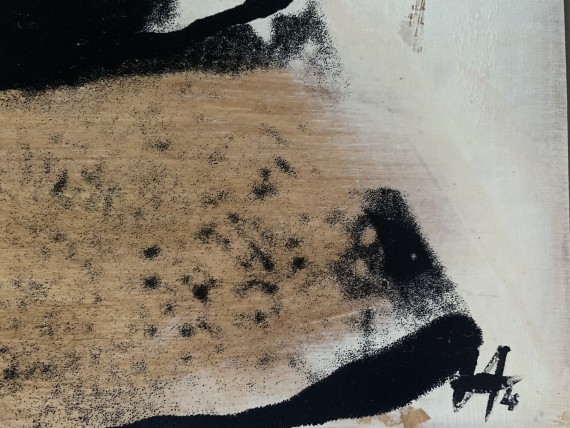 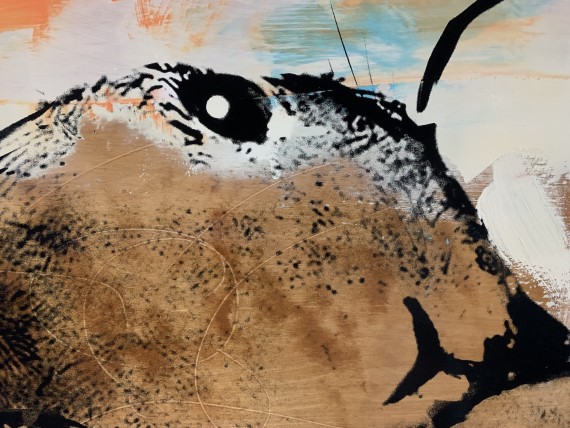 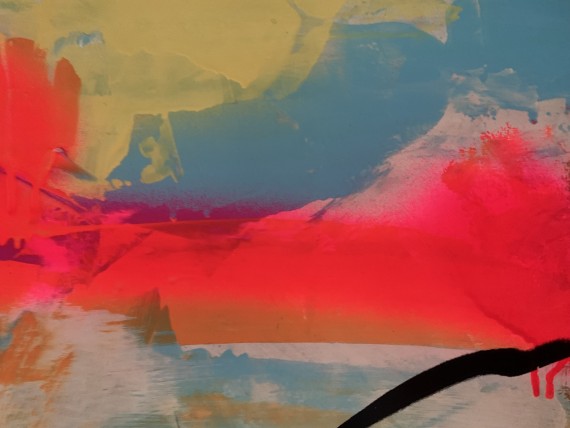 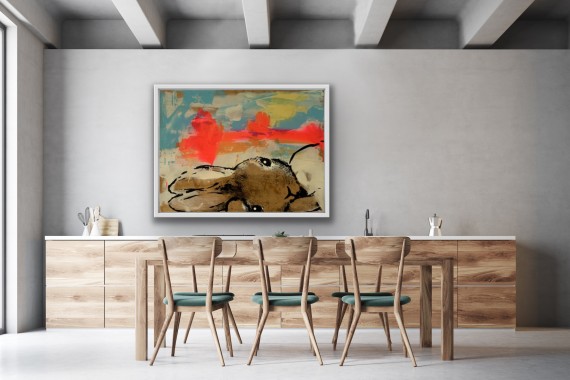 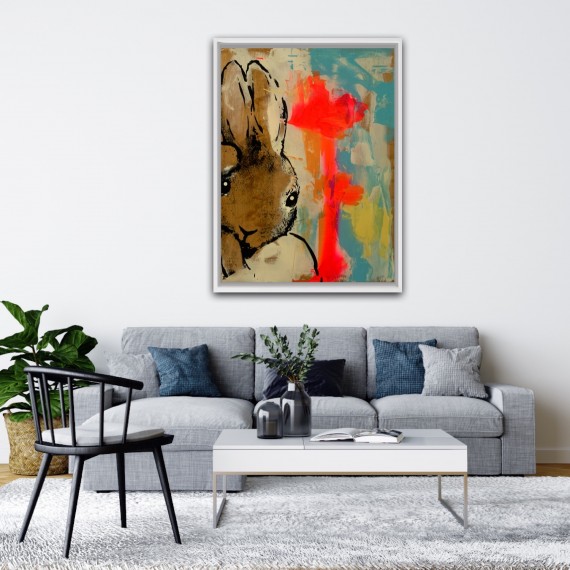 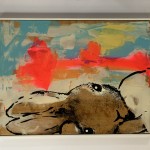 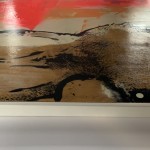 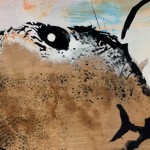 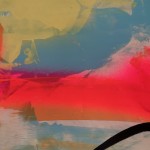 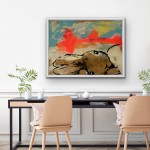 Listen #4 by Harry Bunce is a mixed media work of Bunce’s rabbit character against a blue and orange background.