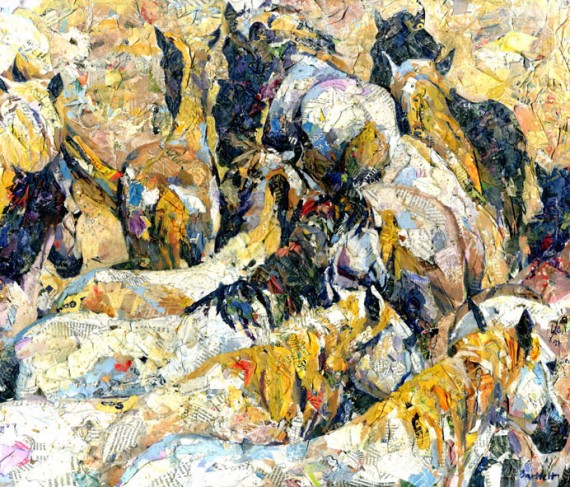 Hommage to the Wise Old Elephant

The merging equine forms of a herd of wild mustangs on the move. This print is from an original painting which was constructed using papier mache and pieces of ripped paper from recycled nature magazines. Paul Bartlett is a highly acclaimed artist who has won many awards for his original depictions of nature which inform and educate the viewer on conservation issues.