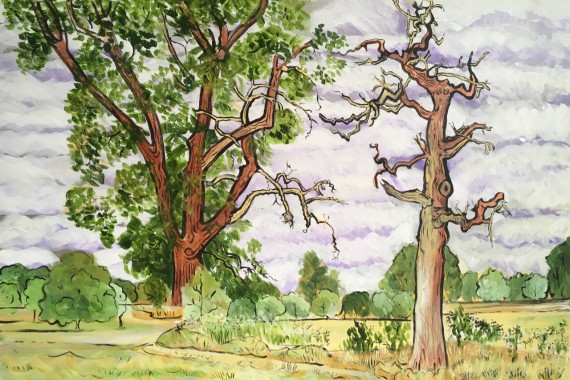 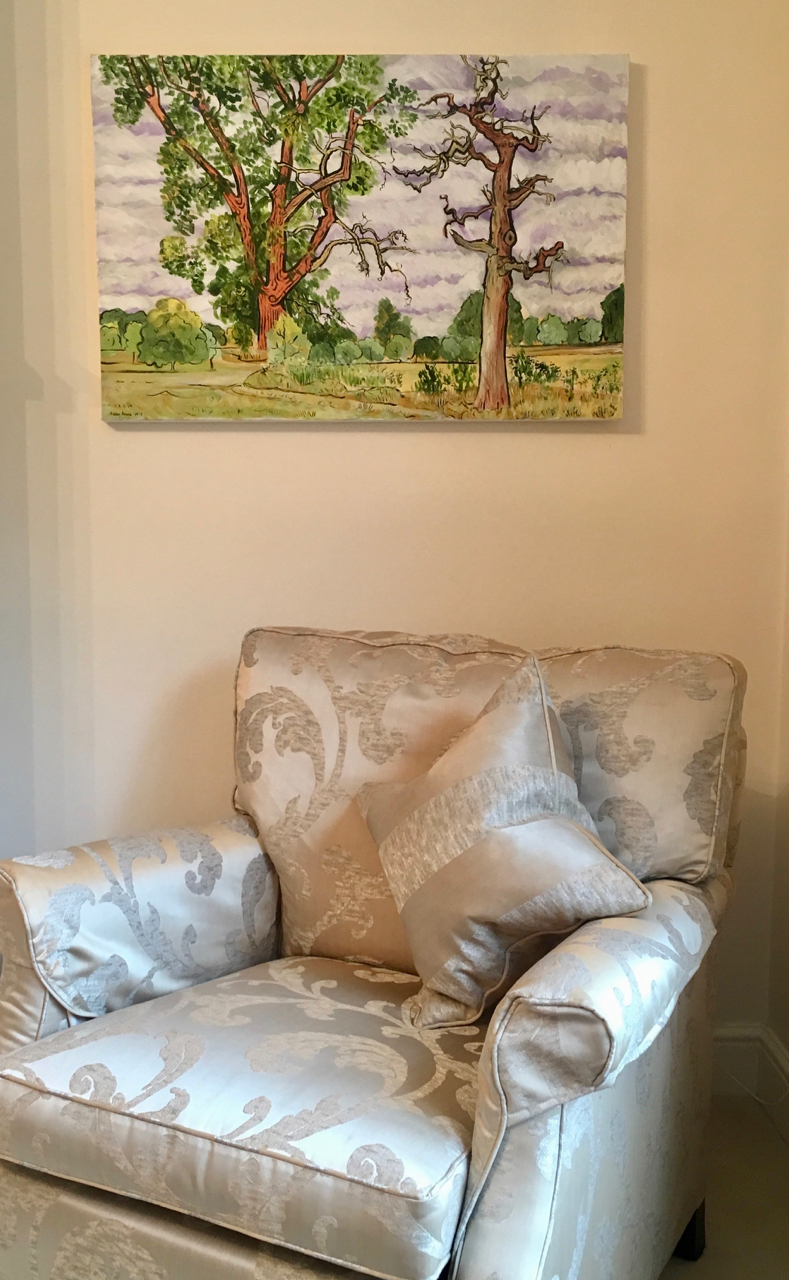 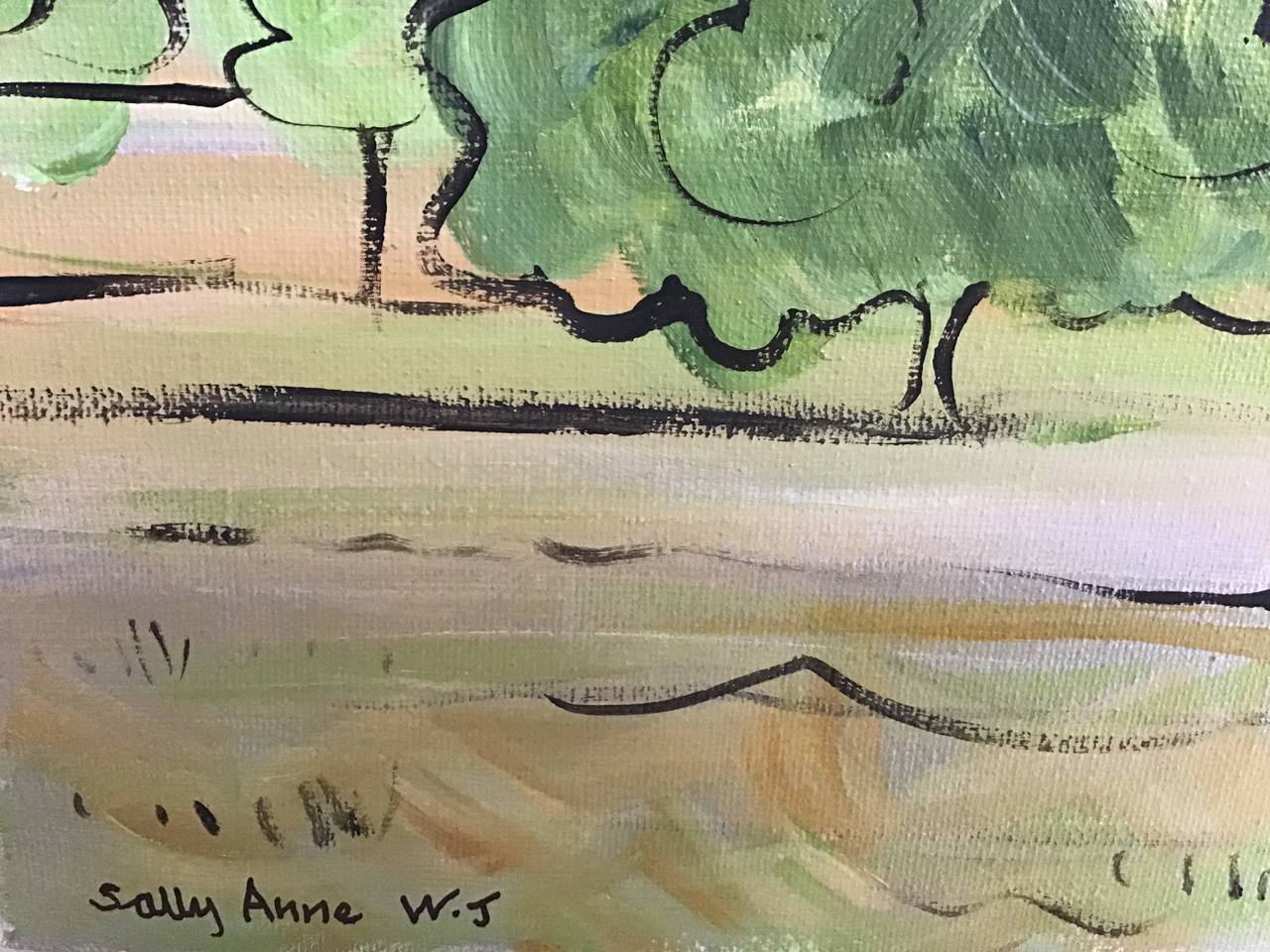 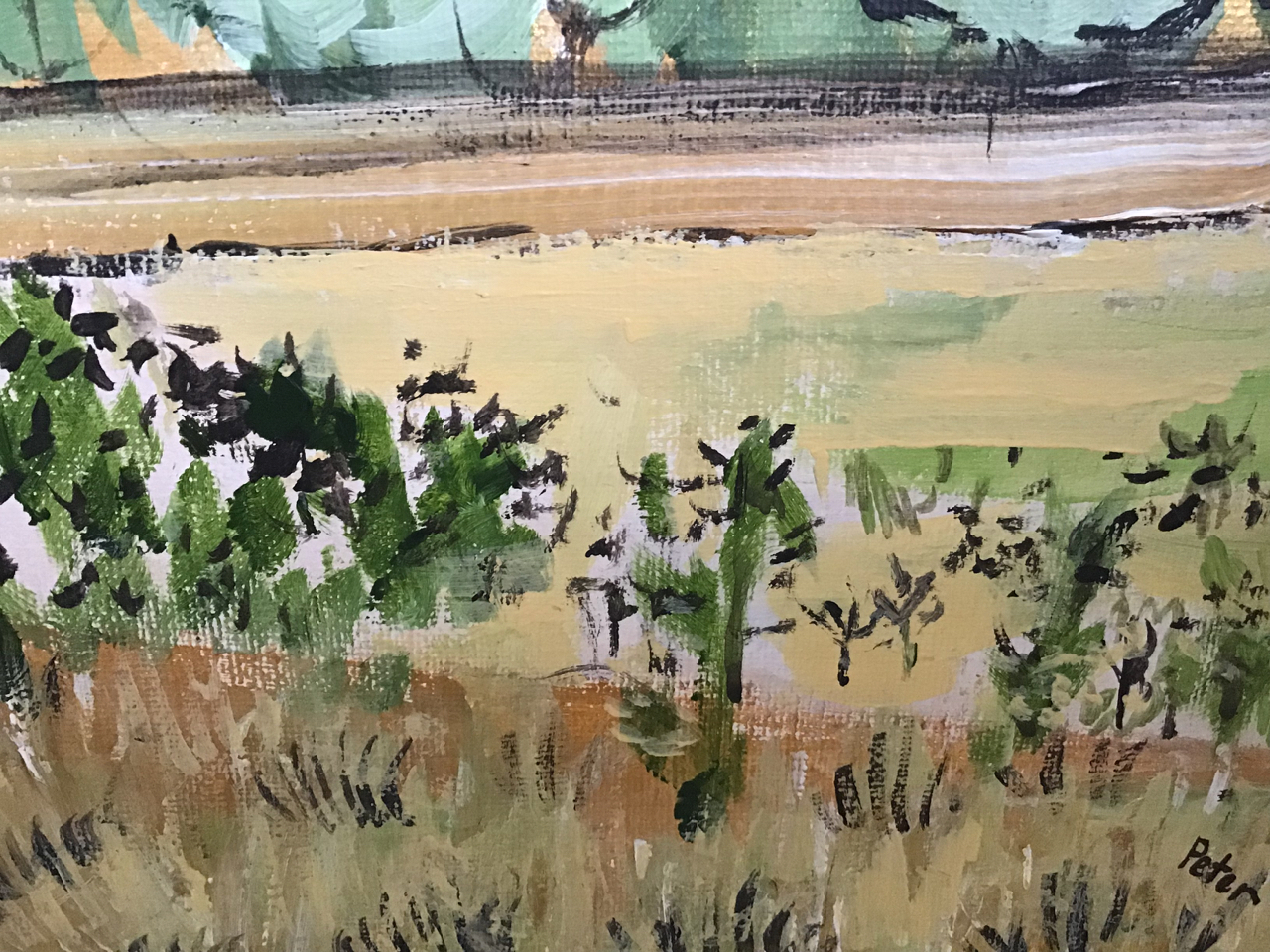 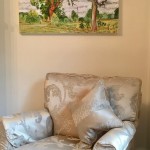 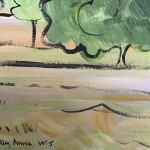 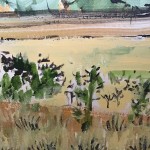 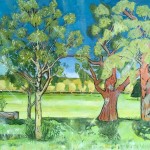 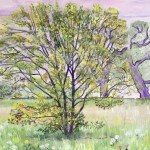 The Solitary Shrub Quivering In The Wind

Sally Anne Wake Jones & Peter
What Might Have Been… and What Has Come To Pass
Acrylic on Canvas, 61 x 91 cm
Landscape Painting, painted “en plein air” in Windsor Great Park

Sally Anne Wake Jones and Peter the painting and artistic duo represented by Wychwood Art online and in our art gallery with original paintings for sale. had a passion for painting from her early teens, and rarely went out without her sketchbook. She had some formal art training at a London University College Of Education, where the work she presented for her final exhibition was highly acclaimed. Sally’s married to Peter and they have four children and two young grandchildren. After pursuing a career in teaching, she set up her own tuition business, which later developed - with the help of her two daughters - into the publishing house Guinea Pig Education, which sells educational material all over the world. Sally had her first solo exhibition, as an emerging artist, at the Century Gallery, Henley Upon Thames, and has subsequently showed her work in various galleries in the South East and online; has published greetings cards with her designs; and worked on commissions. Her work has featured in three editions of R.E.G.A.R.D, a French art catalogue. Peter, is a chartered surveyor by profession, and a self taught artist, who enjoys painting. Sally Anne and husband, Peter, share a great interest in the natural environment. For the last three years, they have worked together on canvases to create a unique collection of paintings portraying the historic parkland of Windsor Great Park in its varying moods throughout the seasons. This has meant weekly visits to the park to paint en plein air (or from their people carrier, which acts as a mobile art studio). They paint together, sometimes for five or six hours, immersing themselves in the fabric of the place: the changing weather; the character of the trees; the cycle of life and decay; the flat, wide landscape. Creating these impressions, they have painted, in acrylic, large spontaneous statements infused with light. In naming these paintings, we sometimes select titles that reflect the spiritual quality of the park. It is a parkland of oaks; a tree symbolic of divine providence; a sacred tree used by ancient prophets - “oaks of righteousness growing up together towards the light. Sally and Peter are frequent visitors to the South Of France. The intense light of that region has influenced their bold use of colour and scintillating light effects seen in the work.