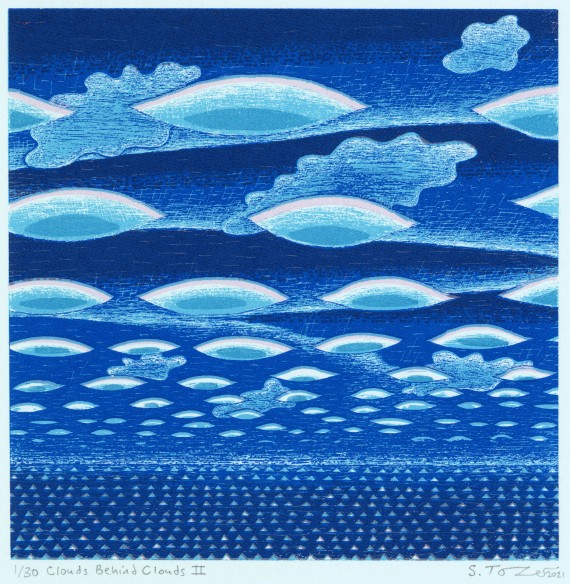 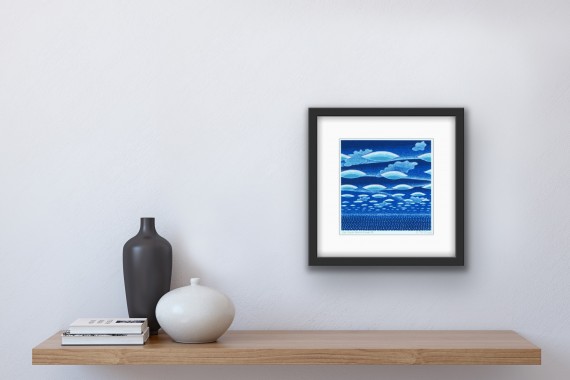 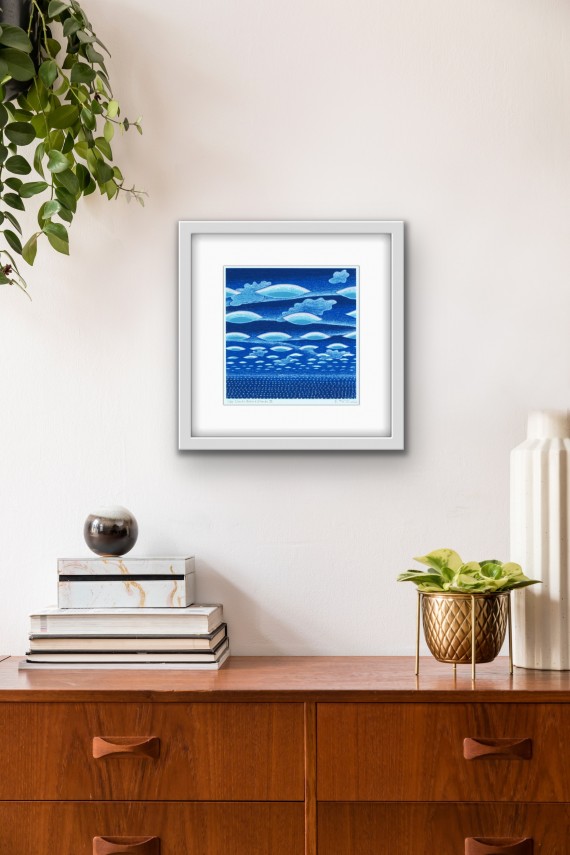 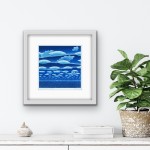 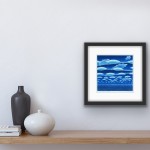 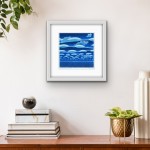 This is one of an ongoing series of seascapes and sky images that have clouds as their main focus. Clouds are ethereal forms, and along with the sea they represent for me the world that lies beyond my own human concerns. This print sold out in its original edition of 30, and this is a new version in shades of blue rather than the original green, and it has an additional colour layer. It is a 5 colour screenprint on Fabriano Rosaspina Bianco 285gsm paper.