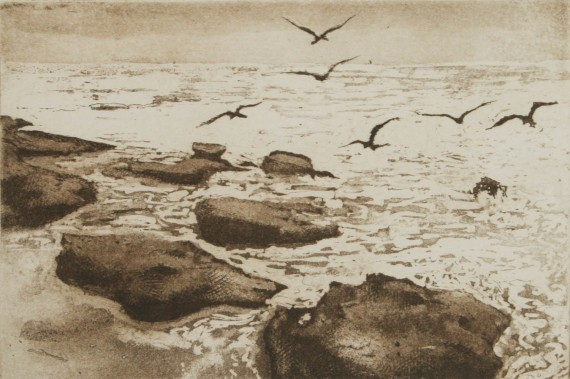 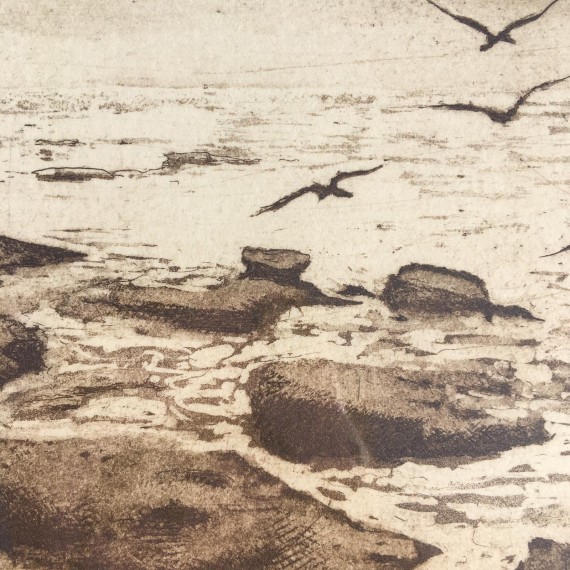 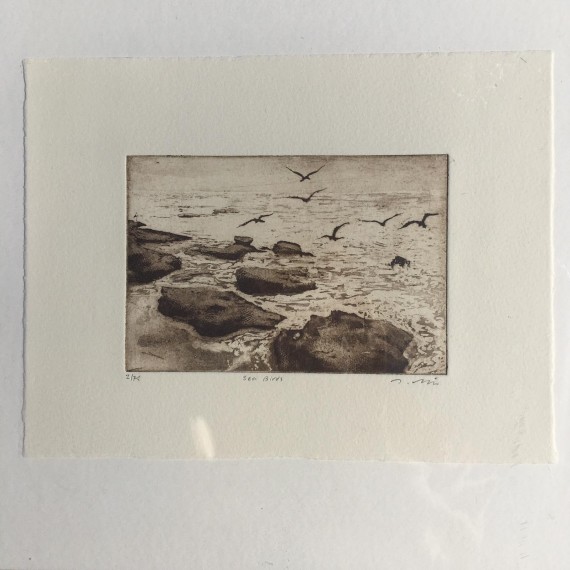 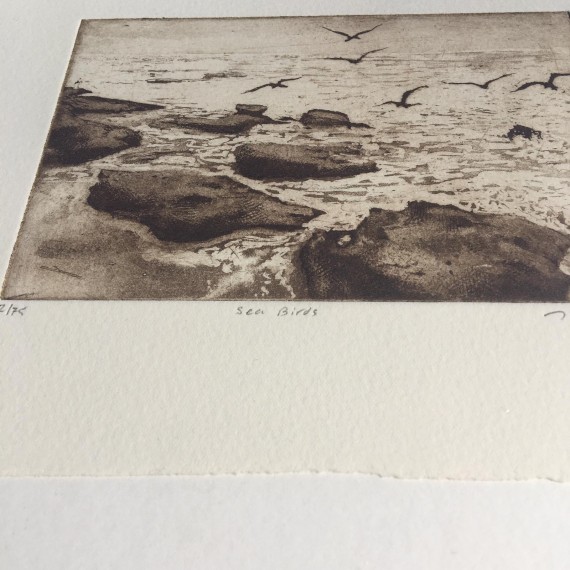 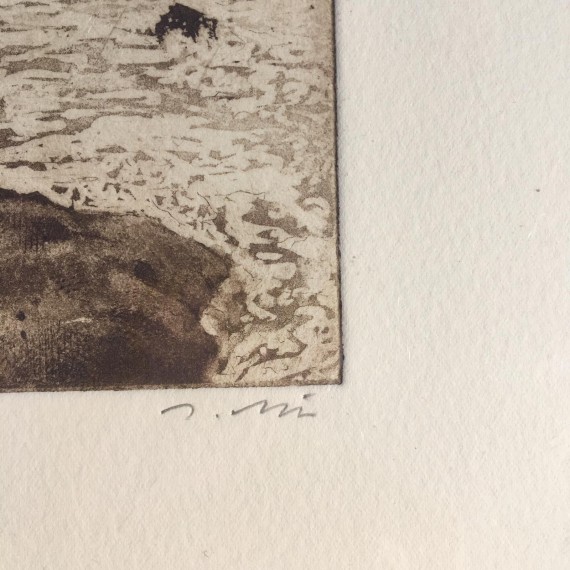 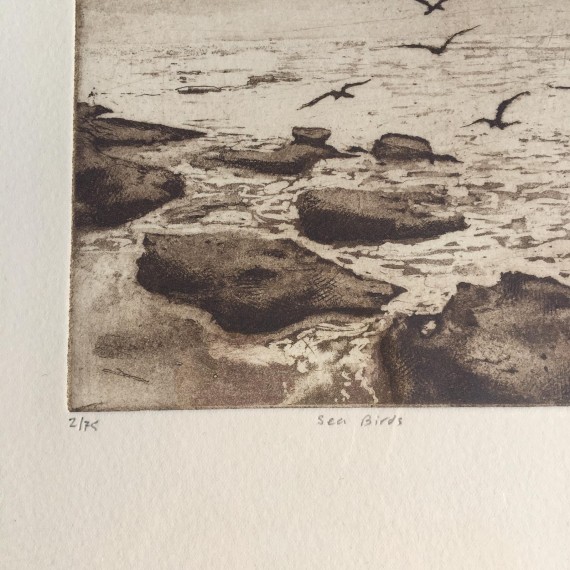 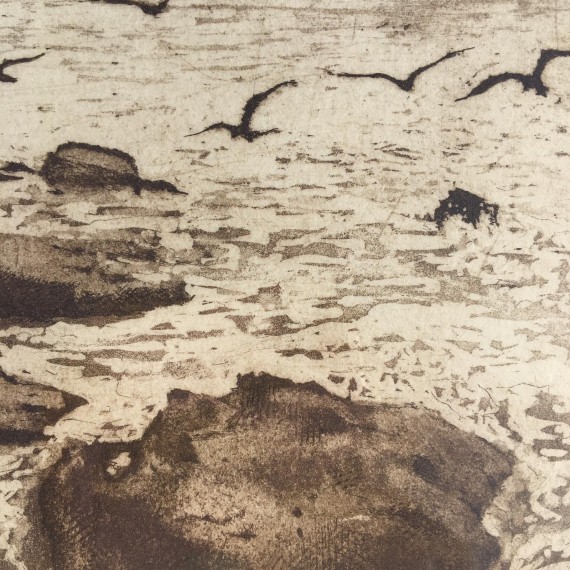 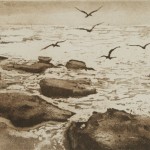 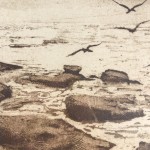 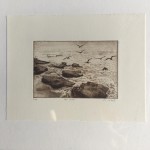 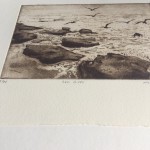 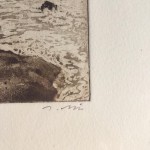 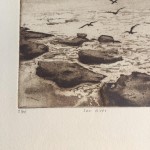 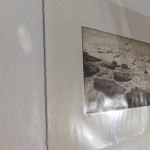 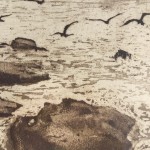 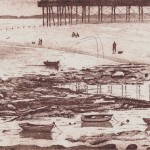 Sea Birds is a limited edition print by Tim Southall. It depicts a seascape of birds flocking over some rocks.