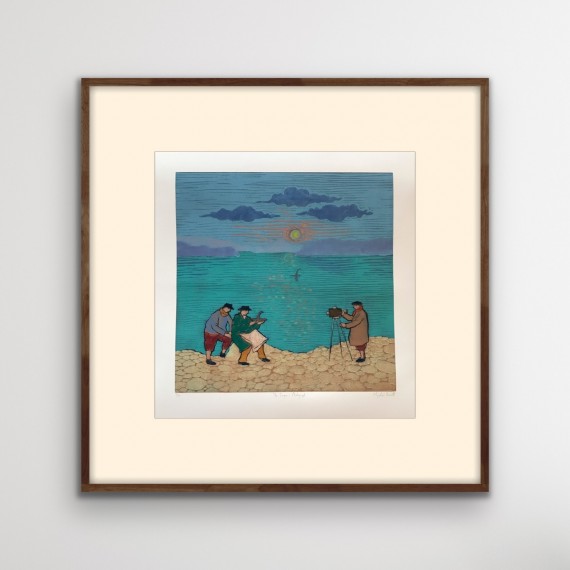 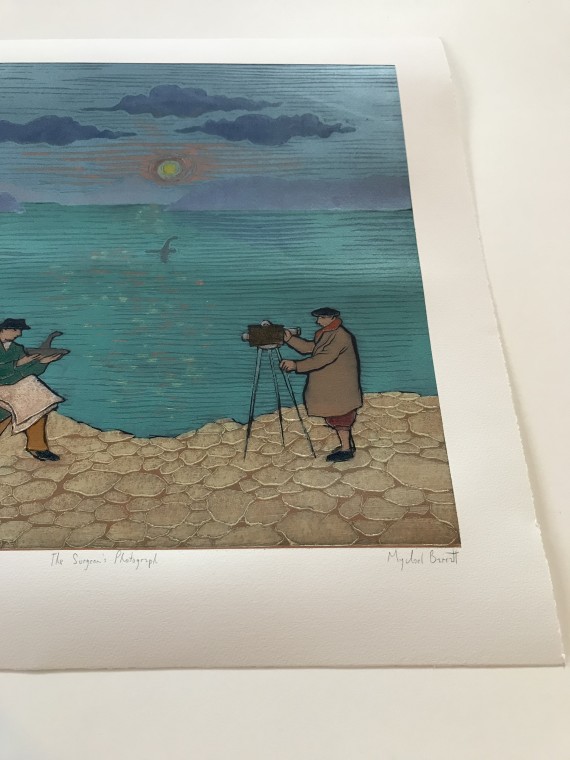 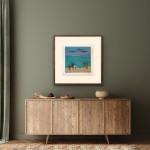 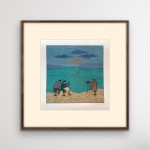 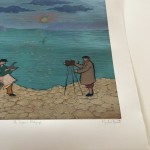 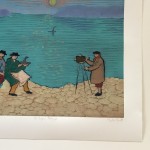 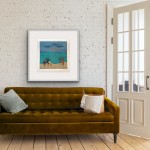 Click here to View all artworks by Mychael Barratt

The Surgeon’s Photograph by Mychael Barratt [2022]

In this woodcut print by Mychael Barratt ‘The Surgeon’s Photograph’, has been made especially for his solo show in Inverness and it shows the staging of an infamous photograph from 1934 purporting to show the Loch Ness monster. A highly respected surgeon, Colonel Robert Wilson, came forward with a photograph that appeared to show a sea serpent rising from the water. It was in fact a toy submarine fitted with a sea serpent head, as was finally admitted by one of the hoaxers, Christian Spurling, in 1994 shortly before he died at the age of 90. A wonderful story recreated in this woodcut image by Mychael Barratt.

Buy Mychael Barratt printmaker works with Wychwood Art gallery online. Mychael Barratt was born in Toronto, Canada, however, considers himself to be a Londoner since arriving for what was supposed to be a two-week stay thirty years ago. He is a narrative artist whose work is steeped in imagery relating to art history, literature, theatre and everything else that overfills his bookshelves. He was an artist in residence for Shakespeare’s Globe Theatre throughout Mark Rylance’s reign as Artistic Director. In 2011, just prior to the 2012 Summer Olympics, he was commissioned to paint a large-scale mural on T. V. Edwards Solicitor’s building on the Mile End Road. He is a Fellow of the Royal Society of Painter-Printmakers and in 2013 was elected to be its twelfth President. His work is held in many important collections including Her Majesty The Queen, British Museum, the British Library, Ashmolean Museum, V & A Museum, and the Jiangsu Museum of Contemporary Art. Mychael Barratt is available online and in our art gallery. To discuss any works please call 01869 338 155 or email deborah@wychwoodart.com